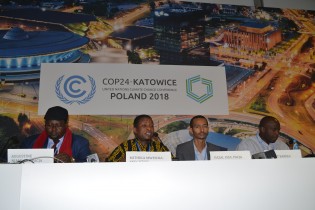 By Desmond Latham
As over 20 million sub-Saharan Africans face a shortage of food because of drought and development issues, representatives of the U.N. Food and Agriculture Organisation (FAO) and the Pan African Parliament (PAP) met in Johannesburg to forge a new parliamentary alliance focusing on food and nutritional security.
ADVERTISEMENT ADVERTISEMENT