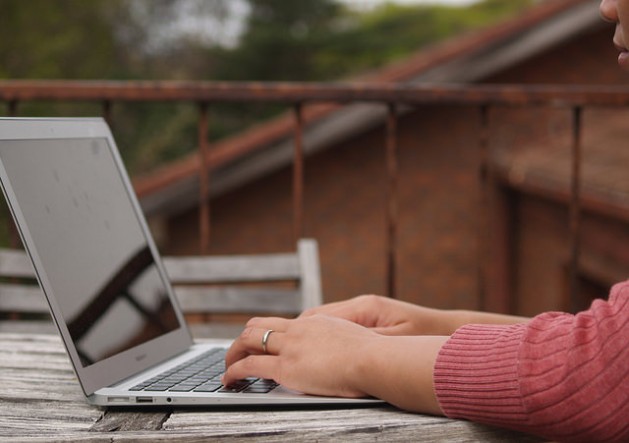 MELBOURNE, Nov 24 2016 (IPS) - For Australian activist Samantha Castro, it was her association with the non-profit publishing organisation Wikileaks that brought her to the attention of the Australian Federal Police (AFP).

She says she’s been followed, her car has been searched, and that the AFP has filmed and photographed her, along with her children, at protests. She believes that authorities have hacked her email account and computer and are responsible for wiping contacts from her phone.

Without public scrutiny, without our eyes, as citizens, on what’s being done in our names, then that’s what authoritarianism looks like." -- Associate Professor Sarah Maddison

“They are putting all this time and effort into psychologically disrupting me in the hope that I will stop doing what I’m doing,” says Castro, an operations coordinator at Friends of the Earth who co-founded the Wikileaks Australian Citizens Alliance in 2010 to support the work of Wikileaks.

Wikileaks works to disseminate official and censored documents and files related to war, spying and corruption. While it has won a range of media freedom awards, its release of sensitive material has raised the ire of governments around the world, including Australia’s.

Castro explains that working with Wikileaks founder Julian Assange – an Australian who remains holed-up in Ecuador’s London embassy, fearing extradition to the United States – resulted in significant attention from authorities.

It was these links with Assange’s organisation which, she believes, led to her house being broken into in 2014. She is adamant that the AFP was behind the break-in.

“The reason for that was information and knowledge from when I was with Wikileaks,” Castro, who did not report the matter to police, told IPS.

She says that although nothing was taken from the house, her keys were lined up on the kitchen table alongside a phone that had been opened up. She took the carefully displayed items to mean that she was being monitored.

“I knew straight away. It was a very clear symbol that they wanted me to know that they knew,” says Castro, adding that she spent “a lot of time” searching her house for bugs.

While the AFP does not comment on ongoing operations, a warrant is required to place a person under surveillance. IPS understands that further court approval is needed to enter a premises to covertly plant a listening device.

“I have felt the wrath of the surveillance state since we founded WACA,” says Castro, whose group changed its name in 2014 to Whistleblowers, Activists and Citizens Alliance in recognition of a broadening movement.

It is not only activists from non-governmental organisations like WACA who are feeling under pressure. There is a growing sense here that space for the broader civil society to express dissent or call out abuse is being squeezed. Those who speak out risk public vilification, financial loss and jail time.

On his visit to Australia in October, the United Nations special rapporteur, Michel Forst, expressed surprise at the situation. “I was astonished to observe mounting evidence of a range of cumulative measures that have concurrently levied enormous pressure on Australian civil society,” he said.

Among the issues Forst pointed to were the defunding of environmental and indigenous bodies in response to litigation or advocacy work, anti-protest legislation and intensified secrecy laws, “particularly in the areas of immigration and national security.”

The island state of Tasmania has, according to Forst, “prioritized business and government resource interests over the democratic rights of individuals to peacefully protest”. Similarly, legislation passed in March in New South Wales state means that protestors face up to seven years in jail for interfering with mining operations.

Mandatory data retention laws were introduced just over a year ago, purportedly for national security reasons, under which service providers must retain the metadata of Australians’ telecommunications activities for two years.

Twenty-one government agencies can access the data and all can apply for a Journalist Information Warrant in order to identify a reporter’s confidential source.

Paul Murphy, CEO of the Media, Arts and Entertainment Alliance, a journalists’ union, says the profession’s ethics require journalists to protect the identity of their sources.

“Journalists must work smarter to ensure that brave people can tell their stories in confidence and public interest journalism can continue to play its vital role in a healthy, functioning democracy,” he argues.

Those in the higher levels of statutory bodies have not been spared.

Professor Gillian Triggs, President of Australia’s independent Human Rights Commission, has faced ongoing criticism from government ministers since the release in 2015 of her report into the mental and physical health of children in immigration detention.

Then-prime minister Tony Abbott called the report politically motivated and said the commission “should be ashamed of itself”, while Immigration Minister Peter Dutton said that much of the content was “either dated or questionable”.

In October, another cabinet minister urged Triggs “to stay out of politics and stick with human rights”, while Prime Minister Malcolm Turnbull confirmed on Nov.16 that Triggs’ contract will not be renewed when it expires in mid-2017.

Despite the vitriol, Triggs has continued to fight back, a fact that Professor Brian Martin, a long-time whistleblowing activist, says may well inspire others “who might want to resist.”

But there’s a flipside: “You could say that overt attacks, like on Gillian Triggs, provide a warning to others that they better be careful,” says Martin.

In June, a psychologist with extensive experience in the offshore processing centres on Papua New Guinea’s Manus Island and Nauru had his contract immediately cancelled after speaking out on the atrocious conditions in the camps.

Although no charges in relation to the Act have been laid, the secrecy provisions of the law allow for a two-year prison term for any immigration and border protection worker who discloses “protected information”, covering all information a worker obtains in the course of their employment.

Some exceptions apply, such in cases of child or sexual abuse, although whistleblowers are responsible for ensuring that any abuse is serious enough to warrant disclosure.

And in what is being seen here as a significant step for transparency into the plight of asylum seekers held indefinitely in the offshore centres, an amendment to the legislation was quietly posted on the website of Australia’s immigration department in mid-October.

The amendment frees doctors and other health professionals, including nurses, psychologists and psychiatrists, from the law’s secrecy provisions.

“Without public scrutiny, without our eyes, as citizens, on what’s being done in our names, then that’s what authoritarianism looks like,” she adds.