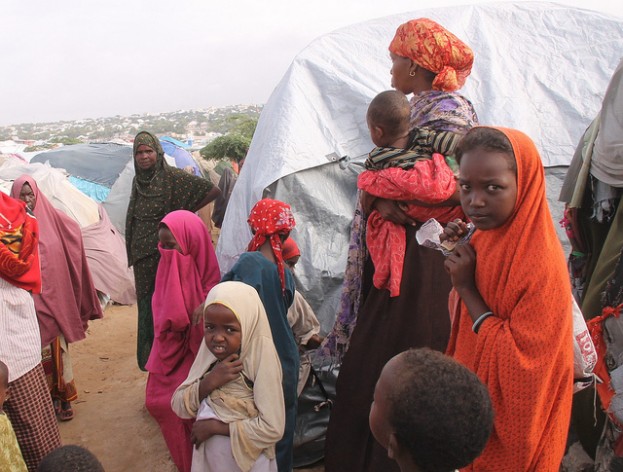 UNITED NATIONS, Nov 14 2016 (IPS) - The Kenyan government is driving many of its 300,000 refugees back to war-torn Somalia, said Amnesty International in a new report.

In May, the East African nation announced its plans to close the Dadaab Camp, the world’s largest refugee camp, after citing economic, security and environmental concerns as well as waning international support.

Ahead of its 30 November deadline, Amnesty International found that government officials have threatened refugees to leave despite their previous promise to ensure refugee repatriations are voluntary.

“The refugees are caught between a rock and a hard place. Kenyan government officials are telling them they must leave by the end of the month or they will be forced to leave without any assistance,” said Amnesty International’s Deputy Director for East Africa, the Horn and the Great Lakes Michelle Kagari.

While speaking to refugees, Amnesty International learned of the threats refugees are receiving including lack of financial and transportation support if they do not leave.

“The refugees are caught between a rock and a hard place." -- Michelle Kagari.

“[Kenyan authorities’]…came to our block areas with microphones and said: ‘You have to go register yourselves to go to Somalia…if you don’t register yourself now, you will have to go on foot with your babies on your backs,’” Hadi, a 24-year Dadaab resident, told the organisation.

According to the UN Refugee Agency and Kenya’s government, only 25 percent of refugees said they are willing to return to Somalia. Many refugees expressed concerns about relocation due to ongoing insecurity in the Somalia.

Despite the installation of an internationally-backed government, Somalia’s civil war, which began in the 1990s, has raged on with multiple groups including Al-Shabab vying for territorial and political control.

The unrest has led to up to one million civilian deaths and over 1.1 million internally displaced persons (IDPs). Additionally, the country has been undergoing a drought, leaving approximately five million, or 40 percent of the population, without sufficient access to food.

As a result, the country lacks basic services needed to support a large-scale influx of refugees from Dadaab.

Mouna, a mother of a disabled child, told Amnesty International said that she cannot return because Somalia does not have the necessary services to support people with disabilities.

“There are no facilities for disabled people in Somalia. As refugees we are already considered last in everything. With children with disabilities we will be right at the back of the queue when it comes to receiving help,” she said.

Amnesty International called for the international community to step up and support Kenya and its refugees including increased resettlement places and safe and sustainable integration into host communities.

“Rather than focusing on returning refugees to Somalia, where they are at risk of further human rights abuses, the international community should be working with Kenya to ensure long-term sustainable solutions,” said Kagari.