Jomo Kwame Sundaram, a former United Nations assistant secretary-general for economic development, was awarded the Wassily Leontief Prize for Advancing the Frontiers of Economic Thought in 2007. 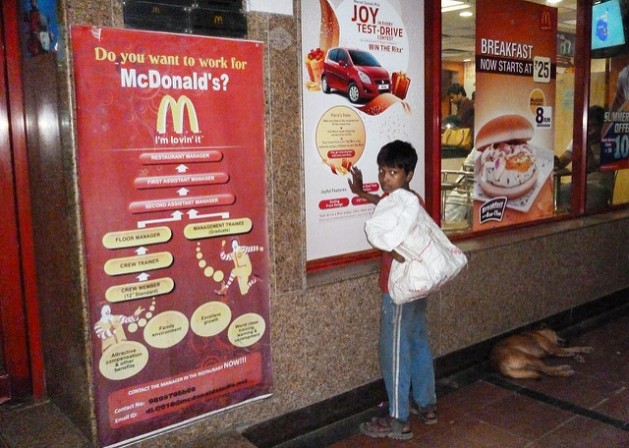 KUALA LUMPUR, Malaysia, Dec 8 2016 (IPS) - Instead of concerted and sustained efforts for a strong, sustained economic recovery to overcome protracted stagnation, the near policy consensus on fiscal austerity in the G7 and the G20 OECD countries, except for the US and Japan, has dragged down economic recovery in developing countries.

After seven years of lackluster economic performance and rising tensions over the Eurozone straightjacket on fiscal stimuli, there are signs of a growing willingness to reconsider earlier policies. While it is not yet clear whether this will lead to significant enough policy changes, this may well led to the long awaited turning point the world economy has sorely needed since the 2008 financial crisis and the ensuing Great Recession.

Quixotic windmills of the mind
Opponents of fiscal stimulus cynically claim that all such efforts are bound to fail, citing, as evidence, then US President George W Bush’s 2008 tax cuts. Others deny that the US Fed’s ‘quantitative easing’ efforts have been successful, emphasizing the weak basis of its apparently “strong” recovery compared to other G7 economies. While undoubtedly mitigating the impact of the crisis at the outset, Europe’s “automatic stabilizers” are now acknowledged not to have sustained recovery very much beyond 2009.

The first bogey has been public debt. Much has been made of high levels of sovereign debt on both sides of the Atlantic and in Japan although the fiscal challenge remains long-term, not immediate. While Japan has the highest debt-to-GDP ratio among rich countries, this is not a serious problem as its yen-denominated debt is mainly domestically held.

The international community has, so far, failed to develop effective and equitable arrangements for restructuring sovereign debt, despite the clearly dysfunctional and problematic consequences of past international public debt crises. This prevents timely debt workouts, effectively impeding economic recovery.

High public debt has also been invoked in support of fiscal austerity in many developed countries. But, rather than helping, the rush to cutting expenditure is blocking, or even reversing earlier recovery efforts. With private sector demand still weak, austerity is slowing down, not accelerating, recovery.

Another distraction has been the exaggerated threat of inflation. Recent inflation in many countries was the result of higher commodity prices, especially fuel and food prices. In these circumstances, domestic deflationary policies only slowed growth and failed to stem imported inflation. This is now evident with the recent collapse of oil prices and its aftermath.

Formula for Stagnation
Unfortunately, the urgent task at hand — of coordinating and implementing efforts to raise and sustain growth and job creation — continues to be ignored. Meanwhile, cuts in social and welfare spending, demanded by the austerity fetish, are only making things worse, as employment and consumer demand fall further.

The pressure on employment and household budgets is likely to persist. Strident calls for structural reforms mainly target labour markets, rather than product markets. Growing worker insecurity, exacerbated by further labour market liberalization, is imagined to be the basis for a healthy economy. This belief not only undermines remaining social protection, but is also likely to diminish real incomes, aggregate demand, and, hence, recovery prospects.

It has already reduced growth and employment. And, while financial markets insist on deficit reduction, the recent decline in equity and bond prices — and the loss of confidence that this reflects — suggests that they also recognize the adverse implications of fiscal consolidation at a time of weak private demand.

Policy U-Turn Needed
Current policy is justified as ‘pro-market’, i.e. effectively pro-cyclical choices, although counter-cyclical efforts, institutions and instruments are sorely needed instead. Global leadership today seems to be held hostage by financial interests and associated media, ideologues and oligarchs whose political influence enables them to secure more rents and pay lower taxes in what must truly be the most vicious of circles.

Many policymakers have insisted on immediate action, not only to close fiscal deficits, but also, trade imbalances and banks’ balance-sheet weaknesses. While these need to be addressed in the longer term, prioritizing them now has effectively stymied stronger, sustained recovery efforts.

Bad public policies can induce recessions. This happened in 1980-1981, when the US Federal Reserve raised real interest rates, ostensibly to kill inflation, but inducing a protracted global economic downturn. This contributed not only to sovereign-debt and fiscal crises, but also to protracted stagnation outside East Asia, including Latin America’s ‘lost decade’ and Africa’s ‘quarter-century retreat’.

Inequality
Moreover, according to Piketty, in recent decades, profits have risen, not only at the expense of wages, but also with much more accruing to finance, insurance, and real estate compared to other sectors. The outrageous increases in financial executives’ remuneration in recent decades have exacerbated financial sector focus on the short term (recently termed ‘quarterly capitalism’), while worsening risk exposure in the longer term, thereby worsening systemic vulnerability.

Growing income inequality in most countries before and even after the financial crisis has only made matters worse, by reducing household savings and increasing credit for consumption and asset purchases, rather than augmenting investment in new economic capacity.

Indeed, the menace that now confronts us is not public debt or inflation, but a downward economic spiral that will be increasingly difficult to reverse. The international financial institutions were created after World War II to ensure not only international monetary and financial stability, but also the conditions for sustained growth, employment generation, post-war reconstruction and post-colonial development.