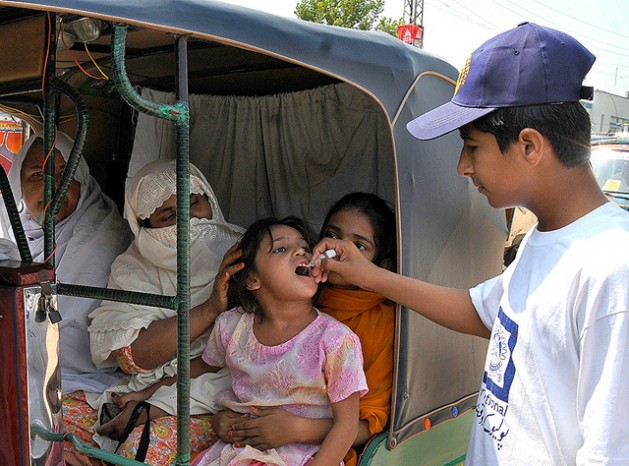 UNITED NATIONS, Dec 30 2016 (IPS) - Childhood immunisation is one of the safest and most cost-effective health interventions available, yet many of the world’s most vulnerable children continue to miss out.

A World Health Organisation report entitled State of inequality: childhood immunisation was released last week. While the report is mostly good news, immunisation rates are up and many countries have eradicated diseases entirely, a large population of children remain unimmunised.

To better reach these children the authors also looked at another metric: disease as a marker of inequality. Or, in the words of Robin Nandy, Principal Adviser and Chief of Immunisation at UNICEF, “a virus doesn’t lie”.

“The presence of disease is the best indicator of where a bigger problem is,” he explains. “Diseases tend to show up where there are weak systems of health coverage and in areas of conflict.”

“It is very likely that where there is low immunisation coverage there are multiple deprivations.”

“The nutritional status of the kids in these areas could be compromised, they could lack water or sanitation, common childhood illnesses such as diarrhoea or pneumonia could be present.”

Using data from 69 countries, the study examined inequality amongst rates of childhood immunisation and measured changes in rates of immunisation over the last ten years. The most prominent inequalities recorded were those of household economic status and the level of maternal education.

While the report showed that rates of immunisation for diseases such as measles, polio and yellow fever are around 85 percent globally, progressing beyond this number is hard and the biggest barrier to progress is political willpower.

“Once you’ve hit 80 percent the remaining 15 to 20 percent tend to be in remote locations, in underprivileged populations,” says Nandy. “In many countries the communities that want immunisation are marginalised. Political will is extremely important to shift the mindset from wide coverage to wide coverage with equality.”

“There are some areas that are right under our noses that we tend not to prioritise because we’re focused elsewhere, like urban slums. Often they don’t show up in population data and that is why they’re not prioritised in health services.”

Nandy points to a rapidly urbanising world and the growing population of children living in refugee camps or moving between regions as key examples of the complex operating environments. “There has to be a proactive and deliberate attempt to reach these populations and it won’t happen by delivering services in a normal way. We need tailored approaches for each country to make sure these populations are reached.”

Polio, which has neared complete eradication but setbacks in 2015-16, illustrates the difficulty of reaching children most in need.

“Where are we still seeing polio transmission?” Nandy asks rhetorically. “It’s on the Pakistan / Afghanistan border, places like Baluchistan and Waziristan, places that have security issues. These limit the access of health workers into that area.”

“You will get increases in rates of diseases like polio when parents cannot bring their kids to clinics.”

The current situation in many countries shows that further improvement is needed to lessen inequalities, and data such as this may prove invaluable.