Jan 27 2017 - The evolution of human societies has been variously characterised as the growth of an agricultural society, industrial society, and now, a knowledge society. These characterisations show the key feature of a given period of history. 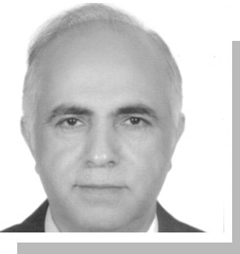 The term ‘knowledge society’ is used against the backdrop of how earlier human societies had evolved over the centuries, starting with agrarian societies, when people were largely focused on farming for survival. That period culminated when human societies developed highly sophisticated machines and means of communication, and achieved mass production of goods in less time. This stage called the Industrial Revolution started around the 18th century in Britain and then spread to other countries.

Information is the basis of human development.

These are pertinent questions that societies — including Muslim societies — must ask. Let us briefly look at how a knowledge society is understood. A knowledge society — in the manner of many other complex concepts — is described in several ways, the common features of which tend to focus on generation, multiplication, trade, transportation, and preservation of knowledge and information, which are seen as the drivers of modern societies.

Although knowledge and information have always been important, what make knowledge societies different are the scale of their need and the expanse of their utilisation, as well as the speed and scale with which both are generated, accessed, stored, transferred and transacted. There is a great Persian saying which, roughly translated, means: knowledge is not what is in the ‘boat’ but it is that which is in the ‘chest’ (of the learned).

Knowledge was once seen as something to be memorised, which was highly praised as the written word was uncommon, and hence the ‘chests’ were the ‘hard disks’. Times have radically changed. Today, an immense amount of knowledge is stored in small devices; even a whole library can be saved on a disk which does not take much space either, and can be transferred to another person or institution, sitting in a cosy room of a library in a different continent, within a moment.

Second, older societies were at great risk of losing the books and manuscripts of very important writers. In fact, many human societies have lost much of the incredible knowledge through natural or man-made disasters. Even within Muslim societies, sadly, communities have burnt each other’s libraries because of sectarian divisions, considering much of them as ‘heresy’.

No longer is this possible, unless, God forbid, there is a disaster of epic proportions. Even in such an eventuality, not all will be lost as much of the knowledge is now being stored in virtual space, which may be preservable forever. The other day, I was told by someone that his office data was in the ‘clouds’; I am still struggling to understand what this means, but I have come to know that this is now common in many societies.

Today, it’s quite common to change one’s profession many times, which is called a mid-career change, and go for more lucrative professions where there are rising opportunities. What this means is that the traditional idea of having a degree is confined to bygone days, and that today, unless one continues to become a lifelong learner, it is difficult to sustain a job, let alone make a career. Therefore, in modern markets, the possession of wide-ranging skills is essential.

A 2005 UN report on knowledge society indicates many areas that need attention. Some of these include preservation of local cultural heritage and languages, increasing participation of women in knowledge production, and advancement of the spirit of critical thinking and innovation.

The implications of these recommendations are especially relevant to the field of education and cultural promotion. Education policies, curricula, teacher education and production of children’s learning materials should be guided by the imperatives of a knowledge society. For promoting cultural diversity, local cultures must be celebrated to create further richness of human expressions and experiences, which, in turn, can strengthen a knowledge society.

In a knowledge society, we need to be not just consumers of knowledge, but its producers, as well.

The writer is an educationist with an interest in the study of religion and philosophy.
Published in Dawn, January 27th, 2017