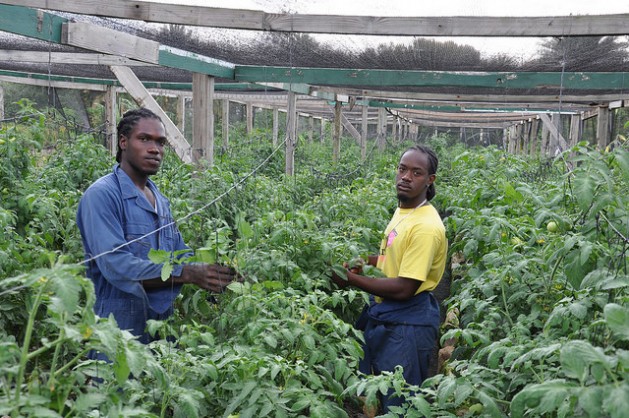 PORT OF SPAIN, Trinidad, Feb 7 2017 (IPS) - As Caricom countries struggle to move away from their traditional reliance on a single industry or major crop in the face of growing economic uncertainty worldwide, they are finding it increasingly difficult to enter markets in the EU and North America with new types of food products.

But tariffs are no longer the main barriers to accessing important markets, according to a document produced by the ACP-EU Overcoming Technical Barriers to Trade (TBT) programme.

Latin America and the Caribbean provide over 90 per cent of the fruits and nearly 80 per cent of all vegetables imported by the US. Nonetheless, some countries in the region have “very high rejection rates” at US ports of entry.

The ACP-EU is of the view that “Non-tariffs barriers will become the main challenge of the future multilateral trade system.” Specifically, technical barriers related to compliance with sanitary and phytosanitary standards (SPS) in export markets and other standards including those relating to labelling and packaging.

The EU considers these technical, non-tariff, barriers to trade so challenging for its African, Caribbean and Pacific (ACP) partners that it provided 15 million euros starting in 2013 to help those developing countries upgrade their processes and become compliant, thus giving them a better chance of success on the EU and North America markets.

The Caribbean Agribusiness Association (CABA) is one Caribbean organisation that was able to access funding to help its members move toward HACCP (Hazard Analysis and Critical Control Point) certification, which the ACP-EU TBT programme identified as a crucial requirement. Since the early 2000s, the US and EU have stipulated that foods entering their markets must have HACCP certification.

Ten of CABA’s members were present at a regional conference, held at the Radisson Hotel in Port-of-Spain Jan. 29-30, to report on the benefits they received from the HACCP training. They heard some sobering statistics with regard to the EU and US food industry that provided context for the TBT programme.

Dr. Andre Gordon, chief executive officer of TSL Technical Services Limited, told delegates that each year, the UK records approximately one million cases of food-borne illnesses, of which about 20,000 require hospitalisation, and 500 deaths are recorded. The cost to the UK of dealing with food-borne illnesses is 1.4 billion pounds annually.

The 2016 report, “Addressing Food Losses due to Non-Compliance with Quality and Safety Requirements in Export Markets: the case of Fruits and Vegetables from the Latin America and the Caribbean Region,” by two Food and Agriculture Organization (FAO) experts, underlined how much is at stake for Caribbean agribusiness exporters.

The report reveals that Latin America and the Caribbean (LAC) provide over 90 per cent of the fruits and nearly 80 per cent of all vegetables imported by the US. Nonetheless, some countries in the region have “very high rejection rates” at US ports of entry, including Jamaica, Bolivia and the Dominican Republic, the document states.

The report said, “While many LAC countries have a good rate of acceptance in comparison with other countries exporting to the USA and EU, a few countries within LAC perform very poorly, revealing great disparity in preparedness for export trading within the region.” The report noted that “Multiple handling failures along the chain are likely the cause of the most frustrating complaints by international buyers.”

Dr. Gordon, who oversaw the Jamaica ackee industry’s transformation that made it compliant with US Food and Drug Administration regulations in the early 2000s so that it could gain access to the US market, explained to IPS the obstacles facing Caribbean exporters.

“The problem in general with all agribusiness companies in the Caribbean is typically lack of technical capacity and knowledge of the requirements and lack of the resources to implement the systems as required,” he said.

However, Dr. Gordon said, “The cultural change that is required is probably the biggest single limitation to implementing and sustaining certification systems…If the management and ownership [of agribusinesses] do not have a vision of becoming global players then the effort and resources required are going to seem unattainable and not good value for money. A lot of firms have issues with understanding the value for money proposition of embarking on a certification programme.”

The briefing paper “SPS measures lead to high costs and losses for developing countries”, published not long after the EU mandated HACCP certification for all exporters to the EU, noted that “As the income level of developing countries is far smaller, …the opportunity cost of compliance is relatively far higher than that for developed country exporters.

“The rapid change in SPS measures, regulations and notifications of new regulations is another problem facing developing countries in preparing for compliance. It also imposes extra costs on investors and exporters and creates uncertainty for them.”

Dr. Gordon revealed that in 2010, the Caribbean had the second highest level of food rejections of any region at US ports of entry.

A March 2016 FAO report highlighted other issues hindering Caribbean agribusinesses in their efforts to export. The report states: “A number of deep-seated challenges inhibit Caribbean agriculture diversification and competitiveness: the small and fragmented nature of most farm units; the absence of strong farmer grass-roots organizations; the cost of agricultural labor; the ageing demographics of Caribbean farmers; an education system that does not prepare youth to seek employment opportunities in the agricultural sector; and extension systems that have historically focused on managing the traditional export crops.”

The problem of small farm units is being addressed head on, said CABA’s president Vassel Stewart, with the formation of CABEXCO, a new umbrella organisation for SMEs in the Caricom agribusiness sector, which will jointly procure raw materials and services as well as market its members’ products and reach out to new buyers.

The resulting economies of scale will also hopefully make it easier to bear the cost of becoming compliant with US and EU food export regulations.