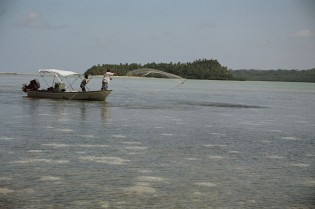 By Viwanou Gnassounou
Fish is big business. The latest figures show that more than 165 million tonnes of fish are either captured or harvested in a year, with each person consuming more than 20kg of fish annually, according to the world average. Roughly US$ 140 billion worth of fish is traded globally per annum, with millions of people relying on jobs in fishing and fish-farming, not to mention the seafood industry which involves processing, transport, retail and restaurants.

By Peter Richards
Europe and 79 of its former colonies have sent a strong message to the U.N. Conference on Sustainable Development in Brazil next week that it should use the opportunity to both fulfill past promises and deal with "new and emerging challenges".