Can the SDGs be financed? 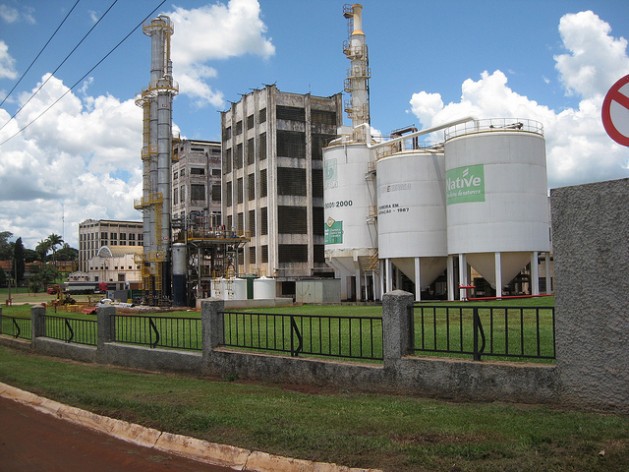 The United Nations Conference on Trade and Development's 2014 World Investment Report estimated that developing countries would need US$2.5 trillion annually until 2030 to achieve their SDGs. Credit: IPS

SYDNEY and KUALA LUMPUR, Mar 29 2017 (IPS) - Investment in the least developed countries (LDCs) will need to rise by at least 11 per cent annually through 2030, a little more than the 8.9 per cent between 2010 and 2015, in order for them to achieve the Sustainable Development Goals (SDGs). The United Nations’ World Economic Situation and Prospects (WESP) 2017 focuses on the difficulties in securing sufficient financing for the SDGs given the global financial system and current economic environment.

Big financing gaps
The United Nations Conference on Trade and Development (UNCTAD)’s 2014 World Investment Report estimated that developing countries would need US$2.5 trillion annually until 2030 to achieve their SDGs. According to UNCTAD’s 2016 Development and Globalization: Facts and Figures, to close the large infrastructure deficit in developing countries, spending must reach US$1.8–2.3 trillion per year by 2020, compared with the current US$0.8–0.9 trillion.

These UN estimated financing gaps have been corroborated by others, such as the World Bank, OECD and World Economic Forum (WEF). For example, the estimated annual investment needed to attain the SDGs, according to the WEF, is US$3.9 trillion against the current average of US$1.4 trillion, a shortfall of US$2.5 trillion yearly.

Avoidable financing gaps
Unfortunately, the financing gap is not due to global shortages, but rather, to problems of allocation due to global economic governance and geopolitics, influencing investors, donor and developing countries. The current global environment – characterized by weak economic growth, slow trade expansion, soft commodity prices and volatile international capital flows – has made things worse.

If rich countries had met the 0.7% aid target from 2002, developing countries would now been at least US$2 trillion better off. But overall aid has never ever reached even half the target since the 1960s and currently stands at 0.30%. The aid gap for 2014 alone was more than US$192 million. Furthermore, refugee spending is reducing country programmable aid.

Meanwhile, developing countries are losing a great deal to tax havens, and transfer pricing, or trade mis-invoicing, by transnational corporations (TNCs). As the Panama papers revealed, tax-havens not only enable TNCs to evade taxes, but also launder ‘dirty money’.

Illicit financial flows (IFFs) from developing and emerging economies between 2004 and 2013 were estimated at US$7.8 trillion, greater than combined aid and FDI flows to poor countries. Between 2010 and June 2012, OECD countries froze US$1.4 billion of corruption-related assets, but only returned US$147 million to the countries of origin! Thus, preventing or even reducing IFFs and returning the confiscated resources can help close the funding gap.

Generating revenue
Imposition of a small tax on short-term capital flows – known as the ‘Tobin tax’ – can not only reduce their volatility, but also the risk of financial crises. This can reduce the need for holding foreign reserves for protection, and enhance the development impact of capital flows. A global Tobin tax could generate between US$147 billion and US$1.6 trillion annually depending on the rate and coverage. Similarly, a global financial transactions tax (FTT) system could generate very significant resources, at least as much as aid, if not more. .

Institutional investors hold trillions of dollars in liquid assets, instead of investing in long-term projects. For example, pension funds hold around US$34 trillion in assets, with the largest ones holding 76 per cent of their portfolios in liquid assets. Meanwhile, sovereign wealth funds hold most of their funds in liquid financial assets in developed economies, with less than 5 per cent in direct investments. Rising political risks have made raising long-term investments particularly challenging.

The only bright spot is improvements in developing countries’ domestic resource mobilization. Developing countries have increased tax revenue collection over the last 15 years as tax incidence has become more regressive. The largest increases in revenues were in LDCs, economies in transition and countries in Latin America and the Caribbean. But their domestic resources still remain far short of development finance needs.

Debt crisis threat
As most types of capital inflows decline, more developing countries are borrowing externally, resulting in a rising foreign debt-GDP ratio, reversing the trend in the last decade. Although modest, the recently rising external debt-GDP ratio is more pronounced in low-income countries, increasing from 31 to 35 per cent of GDP during 2014-2015.

Twenty low-income countries are at high risk of debt distress, compared to 13 in April 2015; three of them are considered to actually be in debt distress. The sharp fall in commodity prices, rising US interest rates and protracted slow growth are likely to worsen the situation, particularly for LDCs and small island developing states.

Greater vulnerability to climate change and natural disasters will further exacerbate their sovereign debt problems. Developing countries often get stuck in debt crises because there is no internationally agreed framework for timely, orderly and fair sovereign debt work-outs.

The UN has long argued for the reform of global economic governance in line with changing global economic circumstances and to better serve developing countries’ interests. It has also called for a truly international reserve currency (e.g., Special Drawing Rights, or SDRs) not linked to any country’s currency, and for the fair allocation of newly issued SDRs for international development finance.