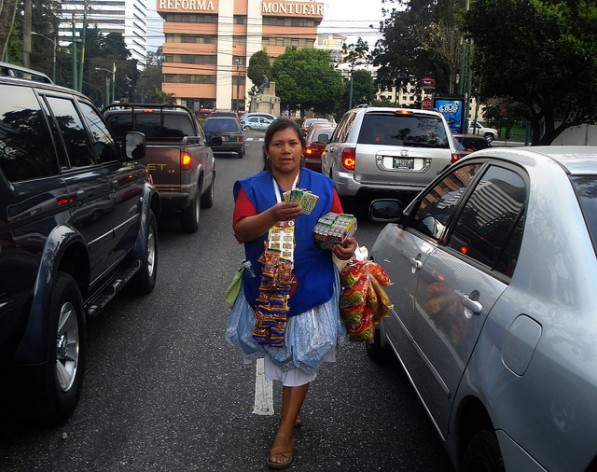 Health problems stemming from carbohydrates, especially sugar over-consumption are correlated to growing overweight, obesity and non-communicable diseases, such as diabetes, throughout the world. Credit: IPS

KUALA LUMPUR, Malaysia, Mar 22 2017 (IPS) - In 2015, Coca Cola’s chief scientist was forced to resign after revelations that the company had funded researchers to present academic papers recommending exercise to address obesity and ill health, while marginalizing the role of dietary consumption. Coca-Cola, the world’s largest producer of sugary beverages, had provided millions of dollars to fund researchers to downplay the links between sugar and obesity, tooth decay and non-communicable diseases (NCDs).

Corrupt research
This was not new. In September 2016, a New York Times article highlighted a JAMA Internal Medicine research article showing that sugar industry interests had paid scientists in the 1960s to do likewise for sugar.

The Sugar Research Foundation, now known as the Sugar Association, paid three Harvard scientists to publish a 1967 review of research chosen by the Foundation on sugar, fat and heart disease in the prestigious New England Journal of Medicine (NEJM). A total of $6500 ($48 900 in 2016 dollars) was paid to the Nutrition Department head and two colleagues including one who went on to draft the first ever US dietary guidelines.

The review article downplayed the link between sugar and heart disease while implicating saturated fats instead. Until recently, subsequent US dietary guidelines reflected these studies’ findings and policy conclusions. As other countries followed, millions have shifted to more low fat, but ‘high-energy (sugar)’ food.

The practice continues. In June 2016, the Associated Press reported that confectionary producers had similarly funded studies claiming that children who eat what Americans call ‘candy’ tend to weigh less than those who do not.

A December 2016 review article in the highly respected Annals of Internal Medicine by researchers linked to the sugar industry claimed that the studies justifying recent reduced sugar intake guidelines are of poor quality. While the World Health Organization (WHO) and governments around the world have begun to promote and implement guidelines on sugar intake, the article claimed there is little scientific basis to expect improved health from lowering sugar intake.

Mars Inc., one of the world’s leading confectioners, has broken ranks with its rivals to denounce the industry funded paper. Top researchers in the field have denounced the article for ignoring the numerous rigorous and high-quality studies finding otherwise, but doubt has been sown to good effect that perhaps sugar is not that bad after all as there is no ‘scientific consensus’ on the issue. Similar arguments have been invoked to try to discredit the near consensus on the human caused acceleration of global warming.

Sugar causes obesity
Sugar, corn syrup and most sweeteners are minor sources of an essential category of nutrients or dietary energy called carbohydrates, measured in terms of calories or joules. Most of our carbohydrate intake comes from food staples such as rice, potatoes and wheat. Sugars are simpler carbohydrates, absorbed by the body at faster and higher rates.

The best way to avoid obesity is by limiting calorie intake, i.e., the amount of food we eat, and increasing energy expenditure through physical activity. The publicity given to such research sponsored by the food and beverages industry to absolve sugar is part of a larger public relations effort to mislead the public around the world.

Developing country menace
Health problems stemming from carbohydrates, especially sugar over-consumption are correlated to growing overweight, obesity and non-communicable diseases, such as diabetes, throughout the world. In the second half of the twentieth century, these were popularly associated with affluence and the US.

Since the turn of the century, the problem has spread to many other ‘middle income countries’, initially especially in Mexico and Central America. These changes are increasingly associated with lifestyle, behavioural and cultural changes associated with urbanization, mechanization and changes in the nature of work.

In Asia, Malaysia has the highest share of overweight and obese people. In 2014, 43.8% of men and 48.6% of women over 20 years of age were overweight, of whom many were obese. Diabetes rates among adults have also increased from 11.6% in 2006 to 15.2% in 2011 and 17.9% in 2015. Recent removal of the sugar subsidy seems to have had little impact on sugar consumption, underscoring the need for non-market interventions.