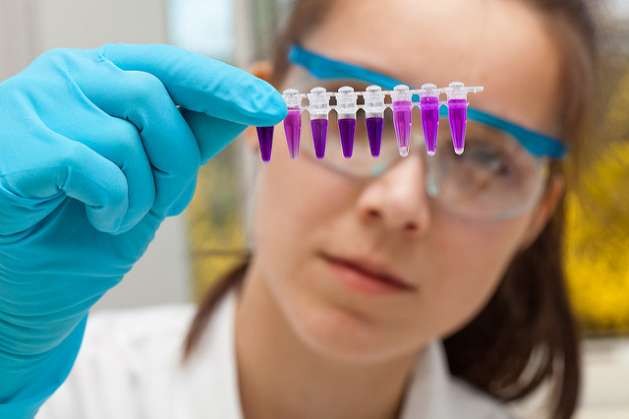 The tension between monopoly for patent holders (usually the big drug companies) and access to medicines for all has become acute and there are social movements around the world, both in developing and developed countries, that are fighting for patient’s rights and against excessive monopolies by companies. Credit: Bigstock

PENANG, Apr 13 2017 (IPS) - What’s the most precious thing in the world which unfortunately we take for granted and realise it true value when it is impaired? Good health, of course.

That’s something many people must have reminded themselves as they celebrated World Health Day on 7 April.

Attaining good health and well-being may be a top priority goal, but achieving it is elusive for almost everyone, and next to impossible for the poor.

In the 1980s, the World Health Organisation’s Director-General Halfdan Mahler steered through a declaration with the popular slogan ‘Health for All by the year 2000’.

We crossed into the 21st century without realising that noble goal. Although health has improved in most countries, due mainly to cleaner water and sanitation, but also due to better treatment, much remains to be done.

In recent years, the slogan ‘Health for All’ has been strengthened by the recognition in the United Nations of health as a human right.  It has been further boosted by the adoption of the principle of universal healthcare.

This means that no one should be deprived of health care even they are too poor to afford it.  Unfortunately, while the prices of old medicines whose patents have expired have gone down, there are many newer medicines which are too expensive for the ordinary person to afford.

That’s because a company that owns the patent has a monopoly over the production and sale of the medicine. Since there are no competitors, the price can be skyrocketed to high or to even astronomical levels.  The patent normally lasts 20 years.

For example, the prices of medicines for HIV AIDs had been at the level of US$15,000 per person per year in the United States.  For most AIDS patients in Africa and other developing countries this meant they could just not afford them.

Since those medicines were not yet patented in India, because India had until 2005 to implement the TRIPs Agreement of the World Trade Organisation, an Indian drug company CIPLA, was able to sell and distribute a three-in-one combination drug for about US$300 per person per year. Later, the price levels of the generic producers fell further to about US$60.

Millions of lives around the world were saved by competitor generic companies which could sell the medicines at a more affordable price. Health agencies like the Global Fund for AIDS, TB and Malaria were set up to and took advantage of the falling prices to make AIDS medicines available to poor countries.

In recent years a similar storm has been brewing over the prices of new drugs for Hepatitis C, a life-threatening disease which millions around the world suffer from. One of the drugs is Sofosbuvir, which has an efficacy rate of 95% and with fewer side effects, but is being sold in the US for about US$85,000.

Some generic companies in India have been allowed by the patent-holding company to produce and sell it at their own price level, which is currently around US$200-400 per patient for a course of treatment. They sell these drugs in India and in lower income countries at these much cheaper prices.

But they are not allowed by the patent holder to sell in most middle income countries, so almost two billion people in developing countries cannot have the medicine at the affordable price.

Whist the TRIPs Agreement mandates that patents have to be granted for genuine inventions, countries are also allowed to issue a compulsory licence or a government use licence to import or manufacture generic versions of the patented drug, if the original medicine is found to be too expensive.  Thus those countries taking this action can access affordable generic drugs.

The patent owner will receive a remuneration (usually a percentage of sales revenue) from the generic company or the government that is selling the generic product.

Countries can also carefully examine companies’ application for patents and reject those that are not genuine inventions, for example if a new patent is applied for a product with just a different dosage or the use of the same drug for another disease.

The prices of medicines for HIV-AIDS had been at the level of US$15,000 per person per year in the United States. For most AIDS patients in Africa and other developing countries this meant they could just not afford them

In reality, there are many new medicines already in existence or coming on stream that are patented and therefore out of reach of most patients. This tension between monopoly for patent holders (usually the big drug companies) and access to medicines for all has become acute and there are social movements around the world, both in developing and developed countries, that are fighting for patient’s rights and against excessive monopolies by companies.

Another interesting recent development is the recognition that too much sugar consumed can lead to and has led to an epidemic of many ailments, such as obesity, heart problems, diabetes. The authorities in more and more countries are taking action to limit the sugar content for example of soft drinks. The WHO has guidelines on sugar consumption and on how to avoid excessive sugar in many foods, especially those taken by children.

For world health day, consumers should resolve to cut down on sugar in their drinks and food.

An emerging threat that endangers human life is the resistance of bacteria and other pathogens to antibiotics and other antimicrobials.

Many antibiotics can no longer work on an increasing number of patients in a wide range of ailments, including TB, malaria, gonorrhoea and stomach ailments. Diseases that were once easily cured are now developing resistance, meaning the drugs don’t work anymore.

We have stark warnings from top public health offices like the WHO Director General Margaret Chan and the United Kingdom’s Chief Medical Office Dame Sally Davies, that we are approaching a post antibiotic era. In the future, even a simple scratch on a child’s knee or infection during surgery could lead to death, according to these officials.

Last September, political leaders meeting at the UN General Assembly pledged to take serious action to deal with antibiotic resistance. A coordinating group from UN agencies and selected individuals has been formed to review the situation and to recommend further action.

Finally, the World Health Assembly May this year will be electing a new Director General for the WHO. There are three candidates from Pakistan, Ethiopia and the United Kingdom. May the successful candidate do a superb job in addressing all the ailments, diseases and problems in world health.