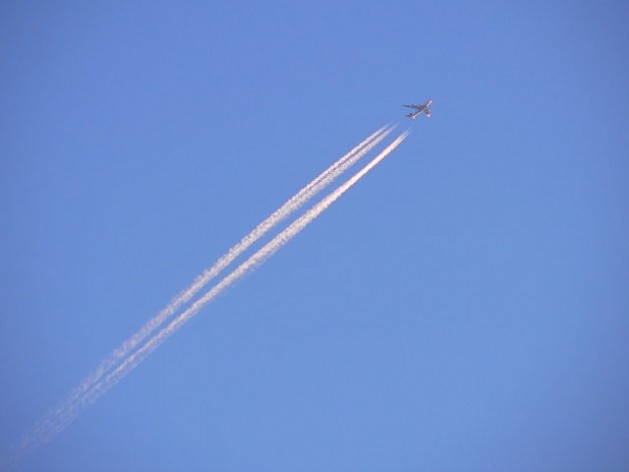 DHAKA, May 4 2017 (IPS) - New technology could be the answer to reducing negative climate impacts of aviation – one of the fastest-growing sources of greenhouse gases. And a recent quantitative research at North South University (NSU) of Bangladesh has found that upgrading the existing navigation system will reduce fuel use, hence decreasing carbon emissions as well as costs.

Currently, aviation in Bangladesh, like that in many countries, depends on fixed Ground-Based Navigation sensors that guide aircraft along pre-established routes via waypoints. These are often not available in direct paths between airports, hence aircrafts have to take an indirect, inefficient path, burning more fuel.

“Although this is a small spoke in the big wheel of climate change, it will be great if the general people and the stakeholders can know about such findings." --Ahnaf Ahmed

A new system named Performance-Based Navigation (PBN) has been developed which depends on satellite signals and computerized on-board systems, allowing flexible and optimum routing. This not only reduces costs, flight duration and infrastructure needs, but also contributes to mitigating climate change.

Many countries are in various stages of implementing PBN, and USA’s implementation is called the Next Generation Air Transportation System, or NextGen. According to Leighton Quon of NextGen Systems Analysis, Integration, and Evaluation at NASA’s Ames Research Center, it will allow more efficient routes hence faster travel with fewer delays. This video shows how the U.S. Federal Aviation Administration has started to use PBN for Super Bowl flights. 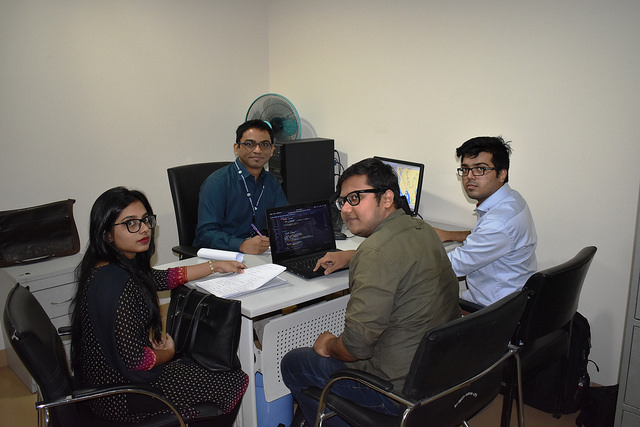 “Implementing RNP requires significant, time consuming efforts such as transforming geographical coordinates, infrastructural development and validation,” Haque said. “Progress might seem little so far but it is getting implemented gradually.”

However, Imran Asif, CEO of US-Bangla – one of the leading domestic airlines of Bangladesh – expressed his reservations about the ability of CAAB to implement PBN.

“Our airports don’t even have the most basic of equipment and the controllers lack training. The surveillance radar has not been upgraded in 40 years,” he said.

Asif stated that the commercial airlines are willing to adapt to PBN, but for that the primary groundwork needs to be done. “Infrastructure and human resource needs to be developed and regulations put in place first then operators like us can insert the curriculum in our manual and train our crew,” he added.

While the Civil Aviation Authority, Bangladesh (CAAB) wants to implement PBN, it has not carried out or published any analysis of PBN in the domestic setting. Thus, the local stakeholders do not know exactly how much improvement can be achieved through PBN, or if there will be any improvement at all. 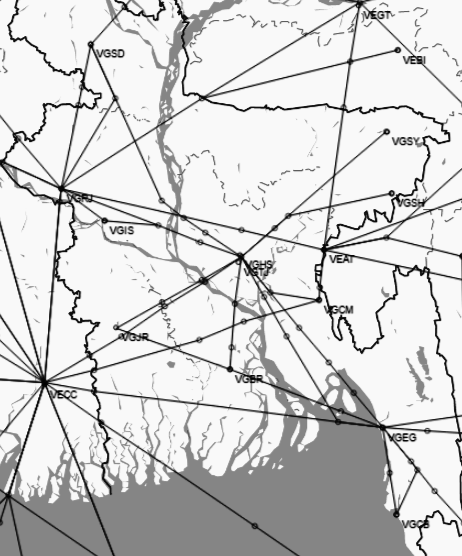 To address this issue, Ahnaf Ahmed, a faculty member at North South University (NSU) and the lead researcher of the project “Satellite-Based Navigation in Civil Aviation: Performance Evaluation in the Context of Bangladesh” is using simulation and mathematical optimization to compare the two navigation systems under identical conditions, and find their extent of differences regarding flight duration, fuel burn, engine emissions, cost etc.

So far he has found that for Dash 8-Q400 aircraft RNP on average reduces 2.8 minutes in each flight to and from Dhaka and the other three cities, which means fuel consumption reduces by approximately 123.2 pounds per flight. In a year, this equates approximately to total fuel savings of 1.8 million pounds and CO2 emission reduction by approximately 4.9 million pounds.

Ahmed believes his findings can help policy-makers and local industry stakeholders because they are now able to make decisions after precisely knowing how much improvement can happen through RNP regarding costs, fuel consumption and engine emissions. And Haque of CAAB echoed his thoughts, stating that quantitative analysis and comparison data will be very worthwhile for CAAB.

The NSU authority has recently approved the research grant in this regard for which Ahmed applied last year. The fund will compensate for the research expenses he has personally borne so far in covering Dhaka, Chittagong, Sylhet and Cox’s Bazar, and will also allow him to expand the research to other cities to make the results more comprehensive.

“Although this is a small spoke in the big wheel of climate change, it will be great if the general people and the stakeholders can know about such findings to efficiently combat climate change and be aware of the solutions,” he says.