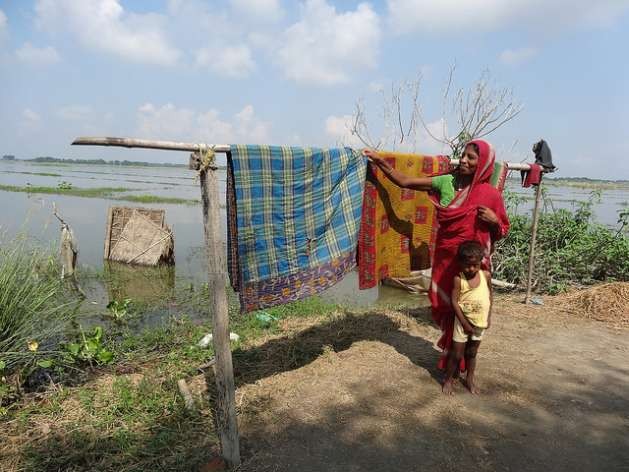 A woman dries blankets after her home went underwater for five days in one of the villages of the Morigaon district, India. Credit: Priyanka Borpujari/IPS

Even though the quality of disaggregated data needs to be improved, research shows that women and girls die in much greater numbers in extreme disaster events. The inclusion of women’s perspectives and leadership is a necessary recognition both of the greater risks women experience and their unique roles in resilience building, disaster response and recovery.

Precisely for this reason, the Sendai Framework for Disaster Risk Reduction, which UN Member States adopted two years ago to reduce global disaster losses, emphasizes that a gender perspective should be integrated into all policies and practices. Progress on this aspect will be key in the monitoring of the Framework’s implementation.

Case studies developed around major disaster events demonstrate how important it is to recognize how gender relates to risk, if that risk is to be minimized. In April of 1991, Bangladesh experienced a severe cyclone; it is estimated that 90% of the 140,000 people who lost their lives were women. In the 2003 heatwave that swept Europe, most of those who died were elderly women. Women also died in much greater numbers in the 2004 Indian Ocean Tsunami, often uninformed about the impending calamity, weighed down by heavy clothing, and many lacking an ability to swim or climb trees. However, to date the scale of women’s vulnerability and capacity has not been sufficiently monitored and quantified.

The 2005 World Conference on Disaster Reduction, took place only weeks after the Indian Ocean Tsunami revealed how gender equality is a matter of life and death in disaster risk management. The Conference flagged institutionalising a gender perspective as a key issue.

Since then, UNISDR reviews involving 146 countries found that even though gender had become a decisive factor in reducing disaster risk, it was also one of the poorest performing indicators. The number of countries stating partial or significant reliance on a gender perspective as a driver of progress increased to 60 in 2013, from 48 in 2009. However, only 27% of countries reported a significant commitment, up from 20% in 2009. The proportion reporting the absence or inadequate application of gender within policy or practice (20%) had not improved since 2009.

The reviews showed significant variation from country to country, with a major challenge to progress being a lack of knowledge as to how and where to implement gender issues. Some respondents believed that since gender equity was enshrined in law, the issue had been sufficiently addressed; others felt that gender issues were not pertinent to disaster risk reduction, as men and women both sustain disaster-related losses. However, several countries did report making efforts to recruit more women into disaster risk management. 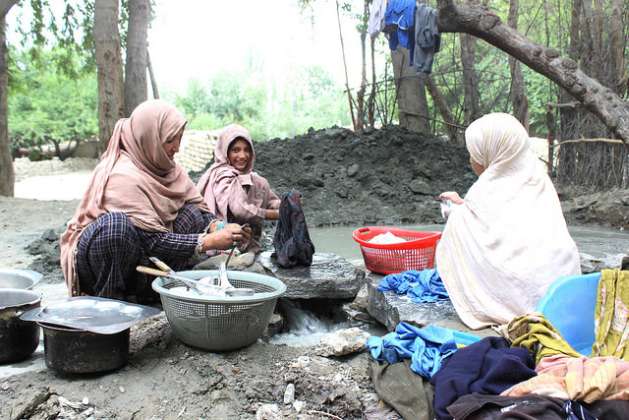 Climate change deepens vulnerability and exposure for women and girls facing disasters, a connection that was formally recognized nine years ago at COP14 in Poznan, Poland. In that meeting the UNFCCC secretariat pressed for gender inclusive policy measures to address climate change, and recognized the positive role of women as agents of change in coping and adaptation.

At the Global Platform in Cancun, UN Women and UNISDR will also be launching a global flagship programme with the International Federation of Red Cross and Red Crescent Societies (IFRC) to mobilise Governments and key partners to address the gender inequalities of risk and to leverage women’s leadership in disaster risk reduction.

UNISDR, UN Women and IFRC will work closely with Governments to take a gender-responsive approach when developing national and local strategies for disaster risk reduction by 2020, as well as in supporting integration with national climate change adaptation policies and plans, pursuant to the Paris Agreement on climate change.

Fundamentally, resilience cannot flourish in an environment where those affected most by disaster and climate risk are excluded from participation in prevention and mitigation efforts.  We must not miss the opportunity to set this right.