MIAMI, Jun 8 2017 (IPS) - With terror attacks on the increase worldwide, there are more people today who believe that it has something to do with the religion of Islam. 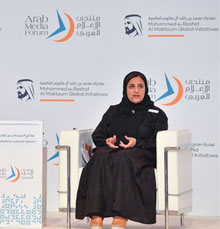 Seeds of misinformation are taking root and the divide between peoples and cultures is ever increasing. The promotion of tolerance is critically important now more than ever.

Undoubtedly, bigotry has increased worldwide and violent hate crimes have risen exponentially. The recent epidemic of “fake news” utilized by major media outlets and the outbreak of anti-Islamic sensationalism have only worsened the situation and fueled further conflict and division.

The United Arab Emirates (U.A.E..) is widely considered to be a multicultural “marvel” of the Middle East. The country proudly hosts an ethnically diverse population with over 200 nationalities living in harmony.

The U.A.E.’s leadership promotes a positive image of Islam but also sets an example of peace and tolerance of all world religions in the country.

The U.A.E. and its multi-ethnic population aim to be an international role model for “acceptance, coexistence, and understanding.”

The U.A.E. today is considered a globalized symbol of acceptance and progression. Recently, an anti-discriminatory law was passed which forbids citizens and residents alike from discriminating against anyone on the grounds of caste, creed, culture or religion.

In 2016, U.A.E.’s first Ministry of Tolerance was officially established with Sheikha Lubna Al-Qasimi as its minister. Al-Qasimi believes that the Arab world has a great responsibility when it comes to ensuring the universal spread of tolerance and acceptance. She emphasizes the pivotal role youth and the global media play in the understanding and celebration of religious and ethnic diversity.

To instill values of cultural and religious acceptance everywhere, the government of the U.A.E. believes institutions of tolerance should be established on a global scale, especially in volatile times of terror and extremism.

The proliferation of these institutions would act as symbols of peace and co-existence, ensuring global societies that universal tolerance is achievable and can become a tangible reality.

Al-Qasimi recognizes that transparency in the media is vital during periods of fear and instability and emphasizes that the global dissemination of positive and tolerant news content is a critical form of “protection against extremism”.

At the 16th Arab Media Forum (AMF) held in Dubai last month, Al Qasimi highlighted that the media played a key role in the universal perception of Islam. The rise of “fake news” has proven detrimental to the promotion of universal tolerance. The media has a duty to “correct misconceptions about the image of the Arab world,” Al Qasimi said.

This ties in with the fact that global media content has lately been used as a weapon of divisive manipulation, rather than a method of progressing and sustaining universal harmony and acceptance.

The U.A.E.’s President, Sheikha Khalifa bin Zayed Al Nahyan, also considers the media to be a key player in the advancement of universal tolerance.

For this reason, Al Nahyan has committed to providing full support for the development of transparent media in his home nation. The U.A.E. encourages its media to disseminate, along with other institutions, the values of acceptance and open dialogue across all walks of society.

“Responsible media that fully understands its role and mission is a fundamental tool in countering extremist and terrorist ideology amid the widespread digital media that has a powerful influence on people’s thoughts and orientations,” Al Nahyan says.

Al Nahyan recognizes that the future development of tolerance rests largely on the perceptions and messages spread by the global media. “The media is not just a profession“, Al Nahyan stated. It is rather, in his belief, a vital means to spread the message of global justice and truth. In other words, it is high time the media stop being used a sensationalized tool to stir divisive controversy and “boost ratings” based on the plight of the stigmatized.

Al Nahyan highlighted the fact that the proliferation of positive media could only lead to effective nation-building and progress. Furthermore, it can help break down the negative perceptions surrounding Islam and the Middle East itself by drawing back to the multicultural and accepting values, ethics and traditions of Emirati society.

In an increasingly globalized world dominated by the trends of social media, the voice of youth undoubtedly holds a tremendous degree of power. The multicultural array of young professionals and students that make up U.A.E.’s fast growing population are actively encouraged to act as tomorrow’s leading voices in the pursuit of universal tolerance.

In the U.A.E., “the sky really appears to be the limit” for its young adult population. Its ministry of youth is led by the youngest minister in the world, 23-year-old Shamma bint Suhail Faris Al Mazrui. For many Emirati youths, spreading the principles of harmonious unity and actively condemning all forms of divisive extremism are a core objective, especially for the protection and benefit of upcoming generations.

As the rise of extremism threatens global security, the U.A.E. aims to encourage all forms of tolerance with the belief that through open dialogue and a strong sense of unity, the global community could overcome adversity.

However, the question remains, are other countries willing to follow the U.A.E.’s model of peaceful co-existence, or will ongoing extremism and divisive Islamophobic media campaigns hinder the U.A.E.’s idealistic vision of universal tolerance? Only time will tell.