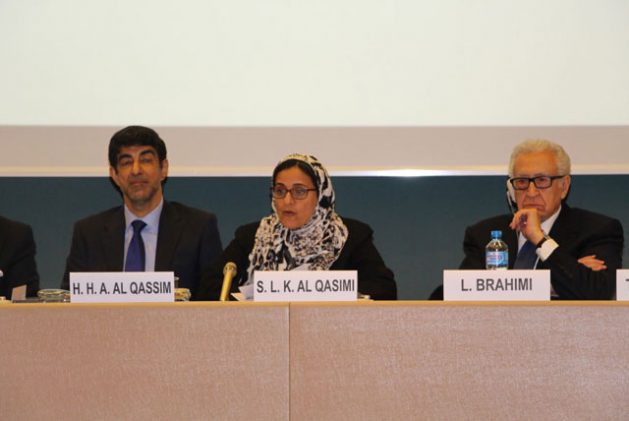 GENEVA, Jun 20 2017 (IPS) - The world is heading into troubled waters as we are witnessing an unprecedented movement of people – refugees, migrants and internally displaced persons (IDPs) alike – fleeing from misery, poverty and conflicts. The refugee crisis that has swept across Europe and the Middle East is becoming the 21st century’s most protracted crisis with no immediate solution in sight. The world has not witnessed a more complex movement of people since the end of the Second World War; thousands of human beings undertake perilous and treacherous journeys in hope for a better and a safer future. Many of them perish during these hazardous journeys. How can we forget the words the British-Somali poet Warsan Shire who said:

The 2017 World Refugee Day is an important occasion to stand united with millions of refugees around the world. This international commemorative day was announced in 2001 following the adoption of Resolution 55/76 by the United Nations General Assembly on 12 February 2001. It also marked the 50th anniversary of the adoption of the “1951 Convention relating to the Status of Refugees.” Although the traumas of the Second World War reminded the world of the importance of never ignoring the past, the contemporary crisis calls for concerted efforts to resolve the plight of refugees worldwide as a matter of urgency and to address the root causes of mass exodus, as a long-term strategy.

The majority of these refugees have sought refuge in countries neighbouring their country of origin. In the Middle East, countries in the Arab region are hosting one of the highest number of refugees. More than 1 million people have found refuge in Lebanon, a country that has already welcomed more than 500,000 Palestinian refugees. Jordan is home to approximately 660,000 refugees, whereas Iraq and Egypt have welcomed around 240,000 and 120,000 refugees respectively despite internal upheavals and civil strife. On top of this, one can also add Turkey that is currently hosting nearly 3 million Syrian refugees.

On the other side of the Mediterranean Sea, several European countries have showed some support to address the plights of refugees from the Arab region. Germany and Sweden have taken adequate measures to accommodate the influx of refugees by welcoming 400,000 and 100,000 refugees respectively. Other countries such as France and the Netherlands have also pleaded to relocate refugees entrenched in refugee camps in transit countries such as Italy, Greece and Hungary.

Although a certain degree of solidarity is being expressed by European countries, the number of refugees being granted protection in rich Western countries constitutes a very small one-digit percentage of the population compared with countries in the Arab region. Despite being signatories to the 1951 Convention relating to the Status of Refugees, many countries have decided to openly defy the acceptance of refugees belonging to certain religious faiths within their societies. Walls have been built in a misconceived attempt to exclude refugees from entering certain countries. The fearmongering and scapegoating of refugees have likewise given rise to a populist tidal wave. Right-wing movements use the contemporary refugee crisis to confer legitimacy on their aspirations to political power through whipping up xenophobia and through conflating Islam with terrorism.

During a panel debate that was held on 15 March 2017 at the United Nations Office in Geneva (UNOG) on the subject of “Islam and Christianity, the Great Convergence: Working Jointly Towards Equal Citizenship Rights” several panellists underscored that these types of practices are contradictory to the core principles of Islam and Christianity preaching love, peace and tolerance towards people in need. Societies should stand united in addressing the rise of populism that is pervasive in many countries.

I would also like to call upon governments in the Middle East and in the West to work jointly to address the protracted refugee crisis. Rich countries have a moral responsibility to provide development assistance to poorer countries to achieve a more equitable burden sharing arrangement for hosting refugees. Countries in the West and in the Middle East need also to step up their joint efforts to eliminate the root causes which have fuelled extremism. Peace and stability in the Middle East need to be restored before refugees can safely return to their home societies. This calls for a radical political change of approach in problem solving in the region.