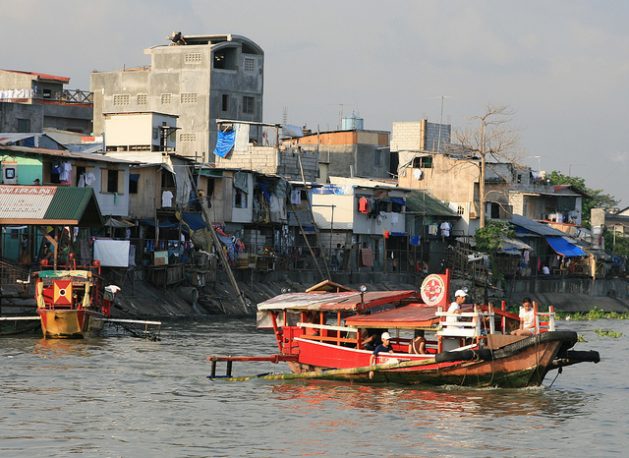 KUALA LUMPUR, Jul 5 2017 (IPS) - After months of withstanding speculative attacks on its national currency, the Thai central bank let it ‘float’ on 2 July 1997, allowing its exchange rate to drop suddenly. Soon, currencies and stock markets throughout the region came under pressure as easily reversible short-term capital inflows took flight in herd-like fashion. By mid-July 1997, the currencies of Indonesia, Malaysia and the Philippines had also fallen precipitously after being floated, with stock market price indices following suit.

Most other economies in East Asia were also under considerable pressure. In November 1997, despite South Korea’s more industrialized economy, its currency also collapsed following withdrawal of official support. Devaluation pressures also mounted due to the desire to maintain a competitive cost advantage against the devalued currencies of Southeast Asian exporters.

Blind spot
Mainstream or orthodox economists first attempted to explain the unexpected events from mid-1997 in terms of orthodox theories of currency crisis. Many made much of current account or fiscal deficits, real as well as imagined.

When the conventional wisdom clearly proved to be unconvincing, the East Asian miracle was turned on its head. Instead, previously celebrated elements of the regional experience, e.g., government interventions and ‘social capital’, were blamed for the crises.

The media emphasized ‘cronyism’, i.e., government favouritism for particular business interests, and poor corporate governance. These were real problems, but irrelevant to explaining the crisis. Increasingly, blame was put on poor sequencing of financial liberalization, but not on capital account liberalization itself.

This blind spot has helped ensure that the most important lessons from the crisis have been largely lost. Other currency and financial crises from the 1990s make clear that key lessons have not been appreciated. Instead, erroneous lessons drawn by orthodox economists, financial analysts and the media have muddied the policy discourse. Also, the policies and policymakers responsible for the crisis need to be identified and addressed as they have come back, albeit in different guises.

Wrong lessons have diverted attention away from the intellectual and ideological bases of the erroneous thinking, analyses and policies responsible for the crises. Such ideas are largely, though not exclusively associated with Washington Consensus’ advocacy of economic liberalization at both national and global levels. Thus, drawing critical lessons would undermine the intellectual, analytical and policy authority of the interests and institutions involved.

Finance rules
Although there was analytical work critical of East Asia’s ‘miracle’ before the crisis, none actually anticipated the debacle or saw its roots in financial liberalization. Meanwhile, transnational dominance of industry in Southeast Asia facilitated the ascendance and consolidation of financial interests and politically influential rentiers, later deemed ‘cronies’ after 1997.

This increasingly powerful alliance successfully promoted financial liberalization in the region, both externally and internally. Southeast Asian financiers were quick to identify and capture rents from arbitrage and other opportunities offered by international financial integration. Little caution was urged in the face of greater foreign capital flows in Southeast Asia, which became more pronounced in the 1990s.

Washington Consensus policy advocacy of financial liberalization from the 1980s had uneven consequences and implications for the region. This eventually led to new kinds of currency and financial crises due to easily reversed capital inflows, including foreign bank borrowings and portfolio capital flows.

As the interests of domestic financial capital did not fully coincide with those of international finance, the impact of financial globalization was partial and uneven. For instance, both Malaysia and Thailand wanted capital inflows to finance current account deficits. This was largely due to their service account deficits, mainly for imported services and investment income payments abroad. Such deficits grew with imports for consumption and construction, as well as greater ease of investment, including speculation, abroad.

There is no evidence that such capital inflows contributed significantly to accelerating the growth of export earnings. Instead, they blew up asset price bubbles, which inevitably burst with devastating economic, social and political consequences.

Lessons not learnt
Two decades later, there is apparently still no consensus on the East Asian crises and their causes. But contrary to the impression conveyed by the Western media, most serious analysts now agree that the crises essentially began as currency crises of a new type, different from those previously identified with current account deficits, or fiscal profligacy, or even macroeconomic indiscipline more generally.