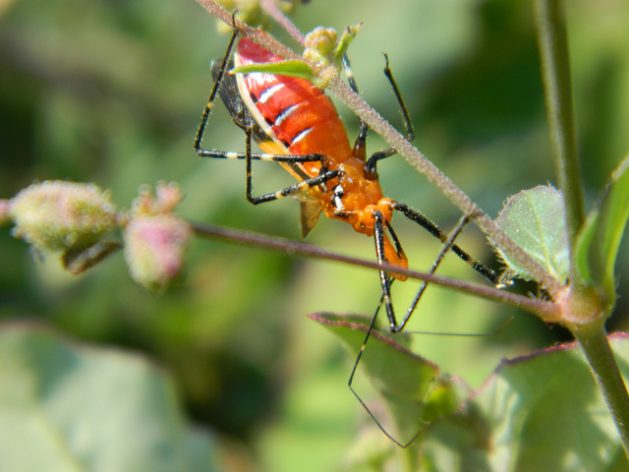 KINGSTON, Jamaica, Jul 12 2017 (IPS) - According to the United Nations Food and Agriculture Organization (FAO), 31.1 percent or about 337,000 hectares of Jamaica is forested. Of this, 26.1 percent or 88,000 is classified as primary forest, the most biodiverse and carbon-dense form of forest.

“Our forests produce oxygen and absorb carbon dioxide for photosynthesis while reducing the greenhouse gases in the atmosphere which contribute to global warming and climate change." --Allison Rangolan McFarlane

Over 30 million acres of forests and woodlands are lost every year due to deforestation; and the continued cutting down of forests, the main tool to diminish CO2 build up, is expected dramatically change the climate over the next decades.

In an effort to conserve the island’s forests, the Environment Foundation of Jamaica (EFJ) has turned to communities throughout the island. On July 3, the EFJ signed grants with 13 community-based organisations in five parishes, in support of Jamaica’s forests. The grants total 672,000 dollars and were allocated under the EFJ’s Forest Conservation Fund (FCF).

“Deforestation is an issue. It often takes place as a part of agricultural practices, for example ‘slash and burn’ where fires are used to clear land which is then used for agricultural purposes,” EFJ’s Chief Technical Director Allison Rangolan McFarlane told IPS.

“Trees are also sometimes cut to make charcoal which is used for fuel, to make fish pots, for lumber, etc. Sometimes deforestation occurs because of construction, for example housing or roadways, or industrial activities such as mining.

She said the consequences as it relates to climate change are just as serious.

“Our forests produce oxygen and absorb carbon dioxide for photosynthesis while reducing the greenhouse gases in the atmosphere which contribute to global warming and climate change,” she added. 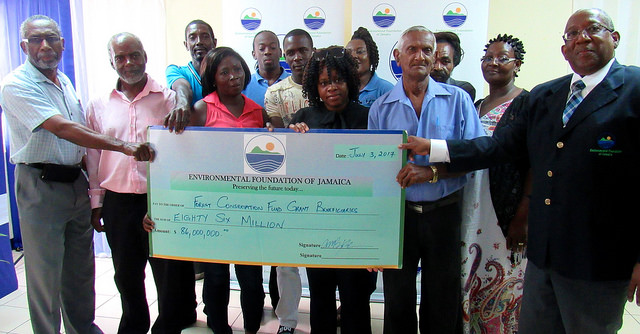 Stressing the importance of forests to Jamaica, she said the Caribbean nation obtains many products or materials and generate by-products such as food, medicines and cosmetics from them.

She said the forests can also provide sustainable livelihood opportunities for individuals and communities.

“They provide shade and are an integral part of our water cycle and supply. Forests protect our watersheds, and reduce soil erosion and siltation in our water as the tree roots hold the soil in place, and their canopies help to reduce the force of the rain drops on the soil; this allows water to gradually percolate or seep into the ground and recharge the aquifers from which we obtain water,” Rangolan McFarlane explained.

“Forests also provide homes for many plants and animals many of which play many important roles in various ecosystems; for example, Jamaica’s mangrove forests are important nursery areas for many fish and other species. They are very important recreational areas some of which are historically and culturally significant,” she added.

The largest single grant of 195,000 dollars to the Lions Club of Mona is in support of a long-term project focusing on sustainable forest management and climate change mitigation through reforestation and research in the Blue and John Crow Mountain Forest Reserve.

Apiculture (beekeeping), eco-tourism and agroforestry programmes will receive funding as alternative means of employment, including three beekeeping projects in the parish of Clarendon.

Several organisations are planning local workshops to sensitize community members on the importance of forest conservation. Local forest restoration will also be a feature of projects in Portland (mangrove restoration) and in Cockpit Country (Trelawny).

“Be sure that the work you are doing has impact,” Professor Webber told the grantees. “We want to help you make a difference in your communities.”

Meantime, Rangolan McFarlane said the partnerships with community based organisations, non-governmental organisations, and others are expected to generate many different results.

Each project/programme addresses the concerns identified by the implementing organisation in the area in which they will work. Some projects/programmes will provide sustainable livelihood opportunities, for example, bee-keeping, to reduce some of the unsustainable environmental practices in some areas such as slash and burn agriculture and charcoal burning.

Others incorporate various types of training, including sustainable livelihoods and project management, public awareness and education activities and disaster risk reduction including erosion control via reforestation and other activities.

“We expect that the results will lead to better environmental and social conditions in the communities in which the projects are implemented, and that the capacities of the implementing communities, organisations, and individuals will also be enhanced,” Rangolan McFarlane said.