Two women and a baby in a village near the city of Makeni, in the Northern Province of Sierra Leone. Credit: UN Photo/Martine Perret

GENEVA, Switzerland, Jul 11 2017 (IPS) - The world population has witnessed a remarkable growth during the recent decades. In 1965, it stood at 3.3 billion people. In 2017 –52 years later– the global population reached a staggering 7.5 billion people corresponding to more than a doubling of the Earth’s residents over the last half-century.

Humans have been blessed with access to natural resources such as water, food and rare minerals that have been indispensable to the evolution and to the progress of humanity since time immemorial.

Nonetheless, the rapid increase of the world population is raising again Malthusian concerns. The Earth’s resources are finite and cannot sustain the current population growth rate in the long run; the Earth’s population is set to grow to 9.8 billion people by 2050.

“When the last tree has been cut down, the last fish caught, the last river poisoned, only then will we realize that one cannot eat money.”

This is tantamount to saying that world population during the post WWII century will increase 3 times as much since man’s appearance on our planet. A Native American saying reminds us that uncontrolled population growth and excessive use of resources can leave the world empty-handed:

“When the last tree has been cut down, the last fish caught, the last river poisoned, only then will we realize that one cannot eat money.”

The 2017 World Population Day is an important occasion to raise awareness on contemporary unsustainable consumption patterns.

According to the United Nations, this year’s World Population Day will coincide with the 2017 Family Planning Summit that will focus inter alia on family planning among the world’s most marginalized and vulnerable women.

Preventative family planning is a vehicle for promoting sustainable population growth and for enhancing the status of women.

The “Protection of the Family” resolution adopted on 22 June 2017 by the United Nations upholds international human rights standards on the right to life and the right to family life, and is a good starting-point to further promoting sustainable population growth through family planning.

Child marriage is considered as a major triggering factor worsening population pressure around the world. It is referred to as a major problem in numerous countries located in Africa, the Middle East, Asia, Latin America and even in Europe. 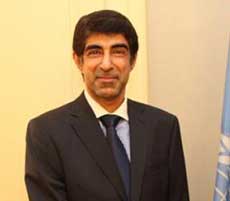 The charity “Girls not Brides“ estimates that 1 out of 3 girls in the developed world are married before the age of 18. It also estimates that approximately 700 million women alive today were married when they were children.

According to the World Bank and the International Centre for Research on Women, child marriage accelerates population growth as women marrying before the age of 18 are prone to having more children than women marrying at a later age.

Child marriage also discourages women from pursuing higher education as their prospects of completing education diminishes drastically. In many cases, girls marrying at an early age are left with no other option than to drop out of school. This impedes the prospects for achieving economic empowerment owing to the marginalization of girls and of women.

In order to address these challenges, I appeal to UN member States to implement concrete plans to address target 5.3 of the Sustainable Development Goals (SDGs). This target requires the world community to eliminate all forms of harmful practices including early and forced child marriage to advance the status of girls and women worldwide.

Addressing child marriage would further advance gender equality, increase access to education and improve the social status of girls and women. Child marriage is considered as a violation of human rights and must be eliminated in all its forms.

Enhancing family planning policies enables societies to cope with population pressures by bringing down the fertility rate to a sustainable level. This would improve the economic well-being of families and alleviate poverty and inequality. The economic burden on families would be reduced as there would be fewer mouths to feed.

However, countries should avoid implementing family planning policies reducing the fertility level below the 2.1 reproduction rate.