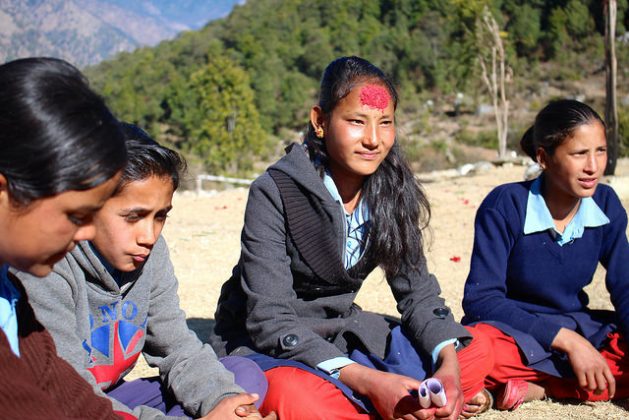 UNITED NATIONS, Oct 12 2017 (IPS) - Over 20,000 girls are married before the age of 18 every day around the world as countries continue to lack legal protections, according to a new study.

Concerned over the lack of progress, Save the Children and the World Bank teamed up to research child marriage laws around the world and found a dismal picture.

Globally, even in countries that restrict the practice, almost 8 million girls are married illegally under the age of 18 each year, making up 60 percent of child marriages.

“It is such a critical issue for young girls around the world…but also for her future family and health of her children later as well,” President and CEO of Save the Children Carolyn Miles told IPS.

Marriage often has irreversible impacts on child brides who are at greater risk of poor health outcomes, living in poverty, and dropping out of school.

In fact, loss of access to education appears to be both a cause and consequence of child marriage.

Around the world, 32 million primary school and 29 million lower-secondary school-aged girls are out of school. Such girls are more likely to be married as children, Miles noted.

“For girls, being in school is a protective mechanism really,” she said.

Girls who marry also often forced to leave school, and many find it difficult to return after marriage due to social pressure, domestic responsibilities, and even government policies.

In Tanzania, schools are allowed to expel or exclude students who are married or become pregnant.

By undermining their basic rights to education, girls’ life opportunities become limited, creating a domino effect that impacts the well-being of societies at large.

Some nations have made progress towards ending child marriage, including Mexico, Nepal, and Zimbabwe, all of which either raised the minimum age for marriage or eliminated exceptions to the practice.

However, many countries still allow girls to be married before 18 with parental or judicial consent while others still retain a lower legal age for marriage.

Bangladesh, for example, recently passed a law to allow girls below 18 to be married in “special cases,” setting back progress towards ending child marriage.

While stories of child marriage are commonly associated with the Global South, countries like the United States are also guilty of the practice.

Across all 50 states, marriage before the age of 18 has remained legal as some lack any minimum marital age while others allow exceptions such as parental and judicial consent.

Most recently, New Hampshire rejected a bill to increase the age of marriage from 13 to 18 while New Jersey vetoed a ban on marriage under the age of 18.

When considering parental and judicial exceptions, Save the Children and the World Bank found that close to 100 million girls around the world are not legally protected against child marriage.

The organizations also found that two-thirds of all child marriages take place even in countries where the practice is banned, indicating a lack of enforcement of marriage laws.

Bangladesh, despite having set a minimum age of 18, has one of the highest rates of child marriage in the world with 65 percent of girls married before the age of 18.

West and Central Africa sees 1.7 million illegal child marriages every year, making it one of the highest proportions globally.

“It’s about trying to change the local customs or belief that it’s okay for a girl to be married,” she told IPS.

Among such laws is a legal age of 18 for marriage and the elimination of parental and judicial exceptions.

The report also highlighted the need for countries to adopt clear interventions to delay marriage and to increase investment in the poorest and most marginalized girls in areas such as safe, accessible, affordable, and quality education.

Efforts are also needed to address discrimination and social norms that prevent girls from attending school and limit their future opportunities.

“Investing in such interventions, documenting their impacts, and implementing a broad range of gender transformative policies will all be key to ensuring a better future both for girls and countries as a whole,” the report concludes.

The globally adopted Sustainable Development Goals (SDGs) recognizes the harmful practice and includes a target to eliminate child marriage by 2030.

The report was launched ahead of an African-led High Level Meeting on Ending Child Marriage where there are high hopes that it could be a turning point to move the continent away from the practice.