With the Gujarat State elections barely a few weeks away, the debate on the Indian economy has become increasingly polarised. While the official view of demonetisation unleashed in November 2016 elevates it to a moral and ethical imperative, the chaos caused by the goods and services tax (GST) launched on July 1, 2017, is dismissed as a short-run transitional hiccup. Both policies, it is asserted, are guaranteed to yield long-term benefits, unmindful of large-scale hardships, loss of livelihoods, closure of small and medium enterprises and slowdown of agriculture. Critics of course reject these claims lock, stock and barrel. Lack of robust evidence is as much a problem for the official proponents of these policies as it is for the critics. Hence the debate continues unabated with frequent hostile overtones. 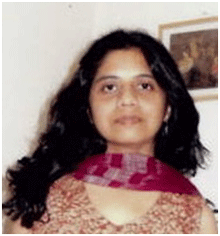 Beneath the debate are deep questions of inequality and its association with poverty. Thomas Piketty produced a monumental treatise, Capital in the Twenty-First Century, demonstrating that rising income inequality is a by-product of growth in the developed world. More recently, Lucas Chancel and Piketty (2017), in ‘Indian income inequality, 1922-2014: From British Raj to Billionaire Raj?’, offer a rich and unique description of evolution of income inequality in terms of income shares and incomes in the bottom 50%, the middle 40% and top 10% (as well as top 1%, 0.1%, and 0.001%), combining household survey data, tax returns and other specialised surveys.

True to its modest objective, it offers a rich and insightful description of how income distribution, especially in the upper tail, and inequality have evolved.

Sharp reduction in the top marginal tax rate, and transition to a more pro-business environment had a positive impact on top incomes, in line with rent-seeking behaviour.

According to Credit Suisse Global Wealth Report 2017, the number of millionaires in India is expected to reach 3,72,000 while the total household income is likely to grow by 7.5% annually to touch $7.1 trillion by 2022. Since 2000, wealth in India has grown at 9.2% per annum, faster than the global average of 6% even after taking into account population growth of 2.2% annually. However, not everyone has shared the rapid growth of wealth.

All poverty indices including the head-count ratio fell but slightly.

Higher incomes reduced poverty substantially. Inequality measured in terms of share of income of the top 10% increased poverty sharply but only in the more affluent States. Somewhat surprisingly, higher cereal prices did not have a significant positive effect on poverty. Similar results are obtained if the share of the top 10% is replaced with the Gini coefficient as a measure of inequality.

It is plausible that poverty reduction slowed in 2016-17 because of deceleration of income growth; and huge shocks of demonetisation and the GST to the informal sector have aggravated income inequality. Indeed, depending on the magnitudes of these shocks, poverty could have risen during this period.

In sum, regardless of the longer-term outlook and presumed but dubious benefits of the policy shocks, the immiseration of large segments of the Indian population was avoidable.