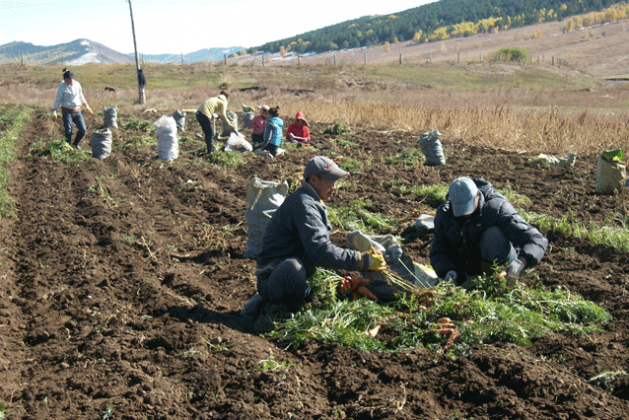 ROME, Dec 4 2017 (IPS) - “There are new challenges to all states: among them, the real threat to multilateralism… South-South and triangular cooperation can contribute to a new multilateralism and drive the revitalisation of the global partnership for sustainable development.”

The statement came a few weeks ahead of US President Donald Trump’s announcement that his country was revoking its commitment to the September 2016 UN-promoted global pact that aims at guaranteeing the human rights of migrants and refugees worldwide, in what is widely considered as his third blow to multilateralism in less than one year since he took office after US withdrawal from both the Paris Climate Agreement and UNESCO.

Solutions and strategies created in the South are delivering lasting results around the world, said Amina Mohammed, the UN deputy secretary-general, on the occasion of the United Nations Day for South-South Cooperation.

“Nearly every country in the global South is engaged in South-South cooperation,” she added, citing China’s Belt and Road Initiative, India’s concessional line of credit to Africa, the Asian Infrastructure Investment Bank, and the Strategic Association Agreement by Mexico and Chile as few examples.

The deputy UN chief, however, also cautioned that progress has been uneven and extreme poverty, deep inequality, unemployment, malnutrition and vulnerability to climate and weather-related shocks persist, and underscored the potential of South-South cooperation to tackle these challenges.

Not a Substitute for North-South Cooperation

Significantly, Amina Mohammed highlighted that the support of the North is crucial to advance sustainable development.

“South-South cooperation should not be seen as a substitute for North-South cooperation but as complementary, and we invite all countries and organizations to engage in supporting triangular cooperation initiatives,” she said, urging all developed nations to fulfil their Official Development Assistance (ODA) commitments. 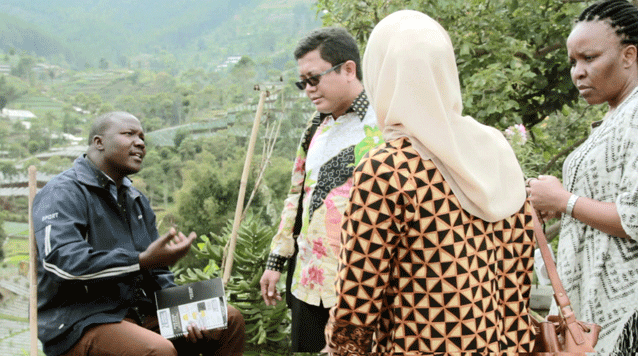 A Kenya delegation discuss with Indonesia goverment official about food security in their country. Credit: FAO

She also urged strengthened collaboration to support the increasing momentum of South-South cooperation as the world implements the 2030 Agenda for Sustainable Development and the 2015 Paris Agreement on Climate Change.

Further, noting the importance of the upcoming high-level UN Conference on South-South Cooperation to be hosted by Argentina on 20-22 March 2019, she said, “It will enable us to coordinate our South-South efforts, build bridges, cement partnerships, and establish sustainable strategies for scaling up impact together.”

The UN General Assembly decided to observe this Day on 12 September annually, commemorating the adoption in 1978 of the Buenos Aires Plan of Action for Promoting and Implementing Technical Cooperation among Developing Countries.

“These are all countries faced with complex and unique development challenges which lend themselves to exploring how and where we can maximize South-South cooperation and leverage global partnerships to support countries’ efforts toward sustainable and inclusive futures,” said Utoikamanu.

“The central promise of the 2030 Agenda is to ‘leave no-one behind,’ and thus is about addressing poverty, reducing inequality and building a sustainable future of shared prosperity,” she explained. “But it is already clear that these noble Goals will be elusive if the 91 countries my Office is a voice for remain at the bottom of the development ladder.”

As such, she added, South-South collaboration has led to increasing trade between and with emerging economies, investors, providers of development cooperation and sources of technological innovations and know-how. “This trend is confirmed by trade preferences for [least developed country products], enhanced trade finance opportunities, but also innovative infrastructure finance emerging.”

The Antalya week-long Global South-South Development Expo 2017 focused on a number of key issues, including how to transfer science, technology and innovation among developing countries and, in general, on solutions ‘for the South, by the South.’

The future will be determined by the abilities to leverage science, technology and innovation for sustainable growth, structural transformation and inclusive human and social development, said Utoikamanu. “It is proven that innovative technologies developed in the South often respond in more sustainable ways to the contextual needs of developing countries. Last, but not least, this is a question of cost.”

In all this, the Technology Bank for the Least Developed Countries has a major role to play in boosting science, technology and innovation capacity. “It must facilitate technology transfer and promote the integration of [least developed countries] into the global knowledge-based economy.”

Jorge Chediek, the Director of UNOSSC, said: “Many of the achievements of the expo are not reflected in these very impressive numbers themselves, they are reflected in the partnerships that are being established, in institutional friendships and agreements that are been developed and that will certainly generate results.”