Human Trafficking for Organs: Ending abuse of the Poorest

ROME, Apr 30 2018 (IPS) - Organ transplantation is one of the most incredible medical achievements of the past century. Since the first successful transplants, which took place in the 1950s, organ transplantation has saved the lives of hundreds of thousands of people worldwide. 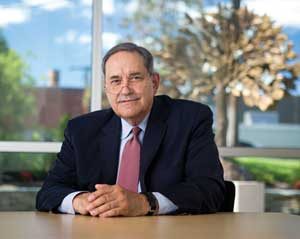 Dr. Francis Delmonico, is a transplant surgeon with a long career, serving also as an Adviser to the World Health Organization (WHO). Credit: Harvard Health Policy Review

Globally about 125,000 people undergo organ transplantation each year. This number is small in the face of demand for organs widely outstripping supply and consequently creating an underground market for organs that are illicitly obtained from the poor. According to the United Nations Office on Drugs and Crime (UNODC), “human organs for transplants have two sources, deceased donors and living donors; ultimately, human organs can only be derived from a human body, and thus any action in the field of organ transplantation must be carried out in accordance with the highest ethical and professional standards”. The reality is that in several countries such as India, Pakistan, Egypt or Mexico, organ trafficking has been peaking in recent years. Organ transplantation is a medical procedure in which an organ is removed from one body and placed in the body of a recipient, replacing a damaged or missing organ. Organs that have been successfully transplanted include the heart, kidneys, liver, lungs, pancreas, intestine, and thymus. Worldwide, kidneys are the most commonly transplanted organs, followed by the liver and then the heart.

“People who are rich are able to buy organs and it’s the poor who end up being the source of these organs” says Delmonico. “You can go to a country such as India and get an organ there (illegally) or you could get the donor coming to India from Africa and do the transplantation there. It happens every day. The extreme aspect of this picture is that this process becomes even more abusive”.
Organ trafficking, also defined as ‘illegal organ trade’, ‘transplant tourism’ or ‘organ purchase’ describes the phenomenon of trafficking in persons for the purpose of organ removal, a grim reality even in the 21st century.

This IPS correspondent interviewed Dr. Francis Delmonico, a transplant surgeon who is an adviser to the World Health Organization (WHO) on organ donation and transplantation. In 2016, Delmonico was appointed by Pope Francis as an academician of the Pontifical Academy of Science, a benchmark in the field of organ transplantation worldwide.

Delmonico has traversed the world to learn about transplantation practices and how these are carried out by his colleagues across the globe. He states that there is a grim reality around this medical practice. “People who are rich are able to buy organs and it’s the poor who end up being the source of these organs” says Delmonico. “You can go to a country such as India and get an organ there (illegally) or you could get the donor coming to India from Africa and do the transplantation there. It happens every day. The extreme aspect of this picture is that this process becomes even more abusive”.

An example of abuses of this kind is a story reported by world media in February 2018 about a man in India who sold his wife’s kidneys without her knowing about it. The man was eventually arrested, but the woman has been suffering a lot, since her left kidney was infected. Malevolence permeates the practice of organ transplantation in a despicable way.

Delmonico adds that there is yet another aspect about this social injustice. According to him, many rich people come to the United States and simply ‘skip the line’. “These people” says the surgeon, “come mainly from the Middle East – Saudi Arabia, Kuwait or the Emirates. Some others come from Japan, looking for a new heart, but not as many as from the Middle East. They come to the US and supplant somebody who had been on the waiting list for a long time to get a “deceased organ”. “This simply means that if you have money you can buy an organ anywhere in the world” stated Delmonico.

A few years ago, China was under the radar of the transplantation community for suspected unethical and illegal behaviour in this field. For decades, donor organs were taken from executed convicts – a controversial practice which was greatly restricted by the government and eventually banned in 2015.

Delmonico explained the ‘rationale’ behind this Chinese reversal. “China has great ambition to be a leader in the world. It wants to make scientific contribution, presentations at congresses, write reports in the medical literature and so forth. The transplantation community, seeing widespread organ trafficking in China, urged the country’s leaders to make changes otherwise they will not be given opportunities to make any presentations or appear in any medical literature reports. Considering China’s interest in a global leadership role in all aspects of medicine, especially in organ transplantation, convinced them to make changes prohibiting that shameful behaviour”. The practice was banned in 2015 and, in 2016, the number of voluntary organ donors increased to 4,080. This was a great leap in numbers, compared to the 37 voluntary donors in 2010, the year the practice was introduced. The proportion of donors in China, still remains low compared with that of many developed countries but, according to Delmonico, China’s current commitment must be appreciated.

Delmonico is highly critical of Iran that has a legal market for organs and it is the only country in the world to do so. Delmonico warns that even when authorized by governments, the sale of organs often means exploitation of the poorest. “It’s the same problem. In Iran the government encourages money as the basis for donors but then there is often a negotiation that takes place between a donor and a recipient in which the former stresses the need for more money and the latter is able to meet that need”.

According to the surgeon, Iran is trying to change this practice and to do more on “deceased donation” that is happening in Shiraz and Tehran but Iran is still far from being a positive example. “Even if it starts on legal basis, it quickly becomes a corrupt situation. I’m definitely not in favour of this Iranian approach.”

When it comes to religion, the debate on organ donation sometimes turns out to be controversial, as many religious leaders tend to criticize this medical practice saying it is forbidden by their faith. This happens in all the main religions – Islam, Catholicism or Judaism. At the same time, many religious leaders across the world tend to be in favour of organ donation “When it comes to religion” says Delmonico “we can say that practically no religion stops anybody from going to a “deceased donor” for transplant as a recipient. In Israel for example, sometimes the Rabbi would object to having someone being a donor but certainly no one objects to having someone being a recipient”. In the end, considering that all religions agree with deceased organ donation for recipients, it means that, as a consequence, no religion stops you from being a donor.

Bishop Marcelo Sánchez Sorondo, one of the lead initiators of the Global Sustainability Network (GSN) stated “according to Pope Francis’ new ideas in this field, even though it’s not easy to reach an agreement on the notion of God, who is an infinite being with many names and attributes, it is necessary to reach an agreement to act together to defend human dignity and freedom, health, climate and peace. All of the major religious leaders agree on this. Nevertheless, not all religions have a hierarchical structure like the Catholic faith, so it sometimes happens that minor leaders are harder to convince. However, it is necessary to arrive at a consensus, so that all religious leaders act to protect human dignity and health, including the health of our planet. This is one of the tasks of the GSN.”

The GSN is a community and platform that is strongly committed to delivering Goal 8 of the 17 Global Goals. The origins of the GSN come from the endeavours of the Joint Declaration of Religious Leaders signed on 2 December 2014. Religious leaders of various faiths, gathered to work together “to defend the dignity and freedom of the human being against the extreme forms of the globalization of indifference, such us exploitation, forced labour, prostitution, human trafficking” and so forth.

Human trafficking is the second largest criminal industry in the world, second only to illegal drug trade. According to EnditAlabama, it is a very lucrative business estimated to be a $32 billion industry annually and it would be only a matter of short time until it surpasses the drug trade and becomes the largest criminal industry in the world, both in terms of business that has moved and in terms of people who are involved.

According to Delmonico what is needed is transparency through which every donor and every recipient is identified and that this information is accessible to the evaluation of the Ministry of Health. The oversight by the Ministry of Health can guarantee the protection of the living donor not be exploited, not have complications, not die and above all it should guarantee that the practice of transplantation in the medical centres is carried out with a satisfactory outcome.

Some other transplant surgeons such as Ignazio Marino, a former Mayor of Rome, Italy had suggested few years ago that “the only way to tackle organ trafficking and organ sale, is by cutting down the demand of organs themselves”. The key, according to Marino, would be to “propose hard legal punishments for those people who buy organs. If they would know that buying an organ would save their lives but also bring them to jail for fifteen years, maybe those people would think about it twice”.