Food Security and Growth in Asia

NEW DELHI, May 28 2018 (IPS) - A disquieting finding of The State of Food Security and Nutrition in the World 2017, Building resilience for peace and food security, or (SFSN2017), Rome, is that, in 2016, the number of chronically undernourished people in the world increased to 815 million, up from777 million in 2015 although still lower than about 900 million in 2000. Similarly, while the prevalence of undernourishment rose to 11 percent in 2016, this is still well below thelevel attaineda decade ago. Whether this recent rise inhunger and food-insecurity levels signals thebeginning of an upward trend, or whether itreflects an acute transient situation calls for a close scrutiny.

Undernourishment is associated with lower productivity. More importantly, in an agrarian economy with surplus labour and efficiency wages, a weather or market shock could result in rationing out of those lacking adequate physical stamina and dexterity from the labour market. This could perpetuate the poverty of the undernourished, often referred to as nutrition –poverty trap.

By contrast, other indicators of food security have registered improvement. Stunting refers to children who are too shortfor their age. It is a reflection of achronic state of undernutrition.When children are stunted before the age of two, they are athigher risk of illness and more likely thanadequately nourished children to lackcognitive skills and learning abilities in later childhood and adolescence.Globally, the prevalence of stunting of children under five years fell from29.5 percent to 22.9 percent between 2005and 2016. The global average of the prevalence of anaemiain women of reproductive age increased slightlybetween 2005 and 2016. When anaemia occurs duringpregnancy, it causes fatigue, loweredproductivity, increased risk of maternal andperinatal mortality, and low birth weight babies.

Has Asia’s experience been different? It is argued below on the basis of Table 1 that it has been more mixed.

Source: The State of Food Security and Nutrition in the World 2017, Building resilience for peace and food security (SFSN2017).

Although proportion of undernourished in different sub-regions of Asia varied within a narrow range in 2004-06, it became narrower in 2014-16. In all sub-regions, the proportion of undernourished fell during this period but slowly, as in Asia as a whole. Under-five stunting is a key indicator of child malnutrition. The range was large in 2005, with a high of 44.6 % in Southern Asia and a low of 9.4 % in Central Asia. The range became narrower in 2016 but Southern Asia continued to have the highest prevalence of over 34 % (but lower than in 2005) and Eastern Asia the lowest of 5.5 % (substantially lower than in 2005). So except for Central Asia which witnessed a slight rise, all other sub-regions recorded reductions in stunting. Prevalence of anaemia among women of reproductive age was widespread with a high of 50 % in Southern Asia and a low of about 19 % in Eastern Asia in 2005. While the prevalence of anaemic women fell in Southern Asia from 50 % to 43.7 % in 2016, this sub-region still had the highest prevalence. 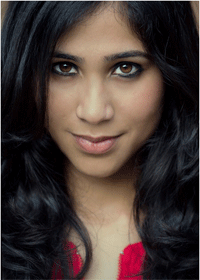 SFSN (2017) attributes much of the worsening in food security-especially in Sub-Saharan Africa- to frequency of conflicts, droughts, and fragility of governance, but the analysis is largely conjectural.

As Asia was not so prone to conflicts, we sought to unravel the relationship between these indicators of food security and income growth, allowing for unobservable country –level heterogeneity and residual time effect. Whether the political regime of a country is more inclined to protect the poor and vulnerable -especially children and women in the reproductive age-group- against the risks of undernourishment from weather and market shocks is unobservable but crucial for isolating the effect of income.

The elasticity of under-five stunting with respect to income was also robust, with an elasticity of -0.045, implying that a 1 % higher income will translate into a reduction of stunting by -0.045 %. Compared to the elasticity of undernourishment with respect to income, this is considerably lower. This is not surprising given that stunting is the result of persistent undernourishment over time. In addition, there was a significant negative residual time effect, implying presumably better hygiene and sanitary conditions. The elasticity (in absolute value) rose more than moderately between 2005 and 2016, implying greater sensitivity of under-five stunting to income.Finally, the elasticity of prevalence of anaemia among women in reproductive phase with respect to income was negative but also low (-0.075). So a 1 % higher income is likely to be associated with a reduction in prevalence of anaemia of 0.075 %. The (absolute) elasticity rose slightly between 2005 and 2016. The residual time effect was negative, implying better access to medical services, hygiene and sanitary conditions for women in reproductive phase over time.

Although limited in scope, our analysis confirms that income growth is key to food security in Asia. This is not to suggest that other factors (e.g. social safety nets, greater nutritional awareness-especially among women-and education) do not matter. They matter too but call for a broader investigation.

The views expressed are personal.