The Gender of Law: What the Mapping of Family Laws Reveals 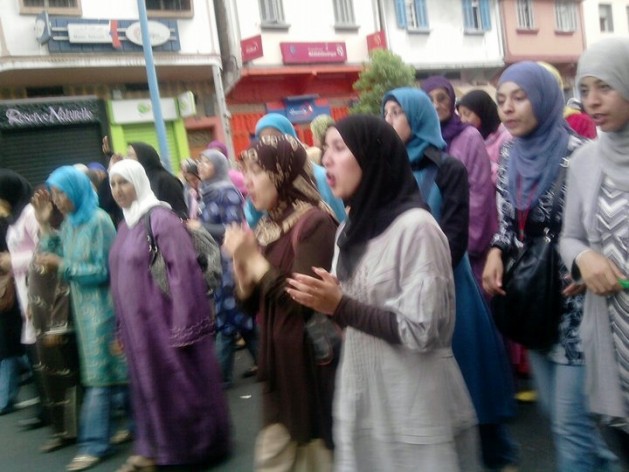 UNITED NATIONS, Aug 21 2018 (IPS) - Recent developments around the world give support to the idea of the #MeToo movement’s transformative potential. A postmodernist claim was that the feminist movement was essentialist and that no one expression of feminism can be applicable to women of different ethnicity, cultural, or class identity. The #Me Too movement has found expression in different cultural traditions and helped to challenge this theory.

China’s #我也是; Latin America’s #YoTambien; the Middle East’s and the United States’ #MeToo have sparked a mini revolution for women.  However, the data on the laws remain disappointing.

The newly released IFC Report on Women, Business and the Law (2018) reveal that 104 economies still prevent women from working in certain jobs, because of their gender.  In 59 economies there are no laws on sexual harassment in the workplace.

In 18 economies, husbands can legally prevent their wives from working. A tour- de- force of Penn Law’s newly released first phase of the family law data base show that legalized discrimination remains enshrined in the law.  See: http://www.law.upenn.libguides.com/globalwomensleadership

Constructing ‘Honor” and “Shame” in the Law:

Notions of a woman’s “honor,” “shame,” and “obedience” are intimately tied to the way in which the law constructs those concepts. The Algerian Family Code in Article 39 (1) legalizes a woman’s obedience not only to her husband but to his relatives:

Despite much remaining legalized discrimination, the year 2017 was a watershed year for women. Although it is difficult to prove causation, it could be argued that the #MeToo movement has helped to spark some policy change and debate in different parts of the world

In Gabon too, according to Article 178 of the Family Law, “the spouses may, during the marriage, renounce the option of monogamy.” In Gabon, women still need the permission of a guardian or husband to open a bank account.

According to Article 257 of the Civil Code although a woman may, on her own signature, open a special current account to deposit or withdraw funds reserved for the household, the opening of this account must be notified by the custodian to the husband.

The law’s power to construct marriage relations and shape women’s inferior status in the family can be both subtle or direct. In Tanzania, Marriage Act. Section 63(a) states that it shall be the duty of every husband to maintain his wife or wives and to provide them with such support as to his means and station in life.  However, the duty of support is not mutual.

Several countries also call for four adult witnesses of good moral conduct to bear witness to a crime of rape making it almost impossible for a victim of rape to meet this evidentiary requirement.  Moreover, these provisions render a woman’s evidence worth half that of a male witness. For example, The Iranian Penal Code states:

“Article 74: Adultery, whether punishable by flogging or stoning, may be proven by the testimony of four just men or that of three just men and two just women.”

Virginity testing is sanctioned by law and is meant to control a woman’s sexuality and the notions of a woman’s chastity is tied to a family’s honor. The South African Children’s Act 12(3) allows for virginity testing of girls over the age of 16.

A woman’s so-called honor plays a role in regulating abortion too. For example, in Chile, according to Article 344 of the Penal Code, the punishment shall be reduced if the abortion was done in order to hide a woman’s “dishonor.”

An estimated 93 percent of women of reproductive age in Africa live in countries with restrictive abortion laws. The Ugandan and Zambian Penal Code carry a similar penalty of a seven-year imprisonment for any woman who tries to voluntarily miscarry. In Namibia, the prison sentence could be extended up to 14 years. A demonstration in support of legal abortion in Argentina. Credit: Demian Marchi/Amnesty International

Second Class Citizenship in the Law

This creates a category of second class citizens and when children are unable to acquire their parents’ nationality; it leads to statelessness. Gender discrimination in nationality laws impede a child’s access to public education and health care.  Unequal nationality laws also curtail access to driver’s licenses, bank accounts and access to social welfare programs and employment.

Unexamined assumptions in the law such as overprotection of women or exclusion of women from certain categories of work reinforce stereotypes that women are fragile and do more harm than good to a woman’s ability to care for her family and community.

Russia excludes women from 400 categories of employment, and the Nigerian Labor Act in Section 57 provides the Minister of Labor a blanket authorization for the exclusion of women from categories of employment as he/she thinks fit: “The Minister may make regulations prohibiting or restricting, subject to such conditions as may be specified in the regulations, the employment of women in any particular type or types of industrial or other undertakings or in any process or work carried on by such undertakings.” A longitudinal mapping of the alterations in the laws that regulate the status of women will reveal whether there are changes in the law and how and where these changes occur.

Despite much remaining legalized discrimination, the year 2017 was a watershed year for women.  Although it is difficult to prove causation, it could be argued that the #MeToo movement has helped to spark some policy change and debate in different parts of the world.

In Tunisia, Jordan, and Lebanon, parliaments repealed provisions in their penal codes that allowed rapists to escape punishment by marrying their victims. In 2017, the Tunisian parliament repealed Article 227 of the penal code exonerating the rapist if he married his victim.

The recent domestic violence law approved by the Tunisian parliament in 2017 was a long time coming and was preceded by a decade long struggle by women to create a normative and legal framework to address violence against women.

However, it could be argued that the global forces unleashed by the #MeToo movement was the final nudge to see it through parliament. The law also criminalizes sexual harassment in public spaces.

After years of mobilizing by women, in 2017, Lebanon’s parliament rolled back Article 522 of the Penal Code, which had allowed rapists to escape prosecution by marrying the victim. However, the legislative body retained a loophole relating to sex with children between the ages 15-17 and seducing a “virgin” girl into having sex with the promise of marriage.

Even when laws failed to pass, it seems that the #MeToo movement helped spark otherwise long suppressed debate. Just this month, in the Pope’s home country, the Argentinian senate narrowly rejected a Bill that would allow elective abortion in the first fourteen weeks of pregnancy.

In Brazil, home to the largest Catholic population, where abortion carries a punishment of three years, both supporters and opposers discussed a bill to decriminalize abortion.

More than 25 years ago Radhika Coomaraswamy, who was Secretary General Kofi Annan’s  First Special Rapporteur on Violence against Women and Under Secretary General, gave me a copy of the 1985 case of Sha Bano. Shah Bano, a sixty-five year old woman living deep in the byzantine confines of the old royal state of Madhya Pradesh, was divorced after forty-five years of marriage by her husband by the triple talaq method.

Shah Bano filed an action in court seeking a small subsistence from her wealthy lawyer husband under Section 125 of the Criminal Procedure Code, 1973, a colonial piece of legislation intended to prevent “vagrancy” of wives. The Indian Supreme Court’s decision to award Sha Bano maintenance of five dollars a month polarized the Hindu and Muslim communities and created fissures in the Muslim community.

A year later, Martha Minow, now the 300th Anniversary Professor at Harvard University gave me a copy of her article, “Forming Underneath Everything that Grows: Toward a History of Family Law.” She argues that family law grows “underneath” other legal fields in the sense that its “rules about roles and duties between men and women, parents and children, families and strangers historically and conceptually underlie other rules about employment and commerce, education and welfare, and perhaps the governance of the state.”

Both Coomaraswamy and Minow hoped that my generation would address the contested nature of family law reform. It seems that it is the next generation- the #Me Too generation that will propel these changes.

Catharine MacKinon argues that #MeToo has done what the law could not.  I argue that the #MeToo movement has the power and potential to mobilize political and social forces to influence debate and to contribute to law and social reform.

At a moment when the traditional liberal world order as we know is floundering, the global women’s movement and the #MeToo movement offer potentially transformative ways to translate women’s experiences into lawmaking in areas where the law itself is complicit in the unequal status of women. The mapping of laws will allow us to see how far we have come and how far we still have to go.

Footnote: I thank the Council on Foreign Relations and Rachel Vogelstein, Douglas Dillon Senior Fellow and Director of Women and Foreign Policy Program for hosting a discussion on Family Law Reform and Women’s Rights on September 5th. I am grateful to Under Secretary Gender Phumzile Mlambo-Ngcuka, Head of UN Women for inspiring the Mapping of Family Law and Dean Theodore W. Ruger, Dean of the University of Pennsylvania Law School for making the first phase of the Mapping possible. I also thank Dr. Paula Johnson, President of Wellesley College for setting the standard for the reexamination of ways in which gender differentials in different systems, whether in the global legal systems or in health care, impact women.

This is excerpted from an article to be published on the “SDG Goal 5 and de Jure Discrimination in the Law” by the UN SDG Fund.