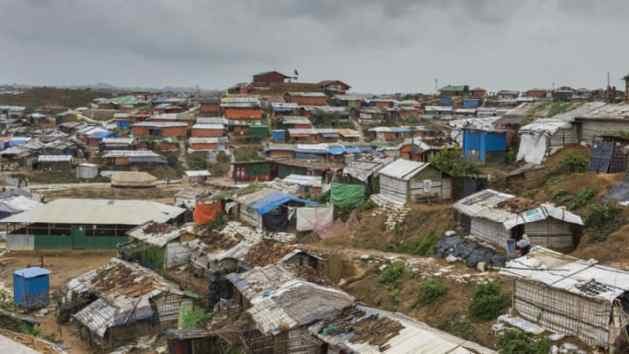 COX’S BAZAR, Bangladesh, Aug 22 2018 - Concrete replaces hand-dug mud steps zigzagging down steep hillsides. Sturdy bridges stretch over marshes, and a main road carves a bumpy path through once inaccessible zones. The mega-camp that sprawls across 6,000 acres of Bangladesh’s Ukhia region has changed greatly in the year since it became home to 700,000 additional Rohingya refugees fleeing violence and persecution in Myanmar’s Rakhine state.

For Rohingya and the aid groups that assist them, improved infrastructure and access represents hard-won progress. For the poor Bangladeshi communities on the camp’s fringes, it instills an alarming sense of permanence — one that could appear as support for Rohingya rather than their own families.

There are more than 100 projects underway targeting host communities, some of which were present before the mass arrival of Rohingya. Currently, 20,250 families receive livelihoods support, more than 25,000 participate in cash-for-work plans, and 2,150 families have received agriculture inputs training, according to the Inter Sector Coordination Group that oversees the Rohingya crisis response.

These numbers may mean little to hungry Bangladeshis, who watch trucks loaded with food and water turn from a road jammed with aid vehicles into Kutupalong camp: Away from them and toward their 1 million new neighbors.