IOM Remains Committed to Resettlement Despite Decline in 2018 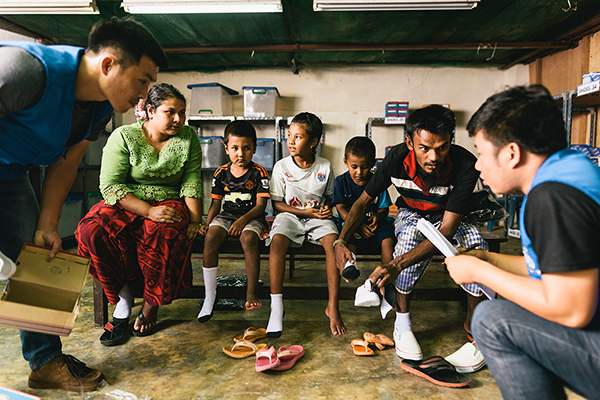 GENEVA, Oct 23 2018 - In the first six months of 2018, IOM, the UN Migration Agency, supported the resettlement of 47,197 refugees departing from 106 different countries. The Organization plays a key role in the resettlement process by providing services that prepare refugees to integrate in their new countries.

Lebanon, Turkey and Afghanistan were the top three departure countries for refugees resettled globally. In addition, Syrian, Afghan and Congolese (from the Democratic Republic of the Congo) refugees were among the top three nationalities selected for resettlement. These refugees began new lives in a total of 26 different countries, with the United States, Canada and Sweden as the top three receiving countries.

In cooperation with European governments, IOM also supports the relocation of refugees and migrants who arrived at ports-of-entry in countries like Greece to other receiving European countries. From January to June of this year, IOM relocated 1,595 people to destination countries within Europe.

While the United States remains the leading recipient of resettled refugees in 2018, it has fallen from admitting 31,808 humanitarian entrants in 2017 to 14,379 persons in the first six months of 2018.

According to UNHCR, the UN Refugee Agency, as of mid-2018, 68.5 million people worldwide have been forcibly displaced, of which 25.4 million have crossed international borders and are recognised as refugees by UNHCR.

“Resettlement remains a vital international protection tool for some of the world’s most vulnerable populations. It is important for practitioners to support and advocate for resettlement, so these valuable opportunities remain, and policy makers are reminded of this important humanitarian solution,” said Craig Murphy, IOM’s Programme Manager for the Emerging Resettlement Countries Mechanism (ERCM).

Despite its reduction, resettlement offers a crucial multilateral humanitarian solution for refugees. In addition to integration and return, resettlement is one of the three durable solutions available to refugees – and one of the only options for those living in situations of long-term displacement.

However, resettlement as a durable solution is accessible to less than one per cent of the refugee population. IOM, therefore, supports the expansion and improvement of traditional resettlement programmes as well as diversifying complementary pathways of migration for refugees – including family reunification, student visas and scholarships, and labour migration.

“IOM continues to support governments engaged in resettlement as a durable solution for refugees by providing comprehensive care to prepare refugees for their journey, support them during travel and assist with post-arrival integration. This is done through well-developed protocols for health assessments and the development of curriculum and pre-departure orientation courses,” explained Murphy.

This short animated video showcases the resettlement process, from selection to reception, for one refugee family. It highlights the plight of refugees and IOM’s role in essential aspects of resettlement from health and integration, to ensuring safe and dignified movement.