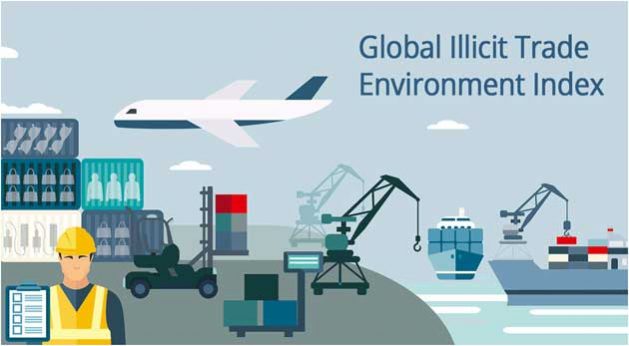 NEW YORK, Oct 31 2018 (IPS) - Since the 2011 revolution, Tunisia has been heralded as a model of democratic transition. However, nine governments in the past seven years have been struggling to revive the economy and the North African state faces the difficult task of maintaining faith in democracy amid a lagging economy, rising security challenges, and widespread corruption.

This challenge is exacerbated by a historic dependence on informal cross-border trade coupled with an economy that is itself largely informal, accounting for as much as 50% of Tunisia’s GDP. Taken together, these factors have provided fertile grounds for illicit trade to flourish.

Although headlines commonly focus on the illegal imports of fuel and tobacco, a wide variety of other products such as pharmaceuticals, fruit and vegetables, electronics, home appliances, clothes, and shoes are smuggled in and out of the country.

And, if these goods and the transactions remain within the informal network, the loss of government revenues can be significant. Illicit trade also undermines legitimate business, who can’t compete against smugglers. Furthermore, it deters foreign investments in the struggling economy.

Given its linkages to organized criminal activity, illicit trade can underpin wider risks to national and regional security. This is especially the case when existing routes and markets for cross-border smuggling of consumer products are exploited by criminal groups, including non-state armed actors, for trafficking in high profile illegal goods, such as drugs and arms.

To help inform governments on the effectiveness of their efforts to fight illicit trade, the Transnational Alliance to Combat Illicit Trade (TRACIT) commissioned the Economist Intelligence Unit to produce the Global Illicit Trade Environment Index as a tool to measure the extent to which countries enable or inhibit illicit trade.

Recent findings from the Index underscore the continued challenge that Tunisia faces in combatting illicit trade despite laudable efforts undertaken in recent years, including the Government’s crackdown on corruption and organized crime in 2017 that led to the arrest of several mafia bosses and smuggling ringleaders.

Tunisia ranks 53rd out of 84 countries evaluated worldwide. The overall low score is primarily a result of major price and tax differentials with its neighboring countries, systemic corruption, a lack of legal job opportunities in the formal market and porous borders, which together create an environment where illicit trade thrives.

Tunisia is by no means alone in facing this threat. All countries in the region are challenged to protect their economies from illicit trade. Algeria is ranked 58, Morocco is 65 and Libya holds the lowest ranking on the Index at 84. Clearly, more needs be done stop the surge in illicit trade that is flooding North Africa and drowning out economic development opportunities.

Yet, finding solutions is not a simple task. Smuggling economies have been an integral component of regional trade for centuries, with contraband and informal commerce serving as the main sources of employment in some border communities. The evolving geopolitics in the wake of the Arab Spring have changed security dynamics in the region, opening new routes and markets for exploitation of a broad range of illicit goods.

The Transnational Alliance to Combat Illicit Trade (www.TRACIT.org) is stepping up to the challenge by leading business engagement with national governments and intergovernmental organizations to develop a comprehensive and effective anti-illicit trade program to curb illicit goods that harm legitimate businesses, workers, consumers and governments.

During a special event in Tunis hosted by American Chamber of Commerce Tunisia (AmCham Tunisia), TRACIT highlighted a number of priority areas that Tunisia might consider to enhance its overall policy environment to discourage illicit trade.

This includes a national strategy that addresses incentives for smuggling, such as reforming administered prices and subsidies, tariff policies and technical constraints to legal importation. While important pieces of legislation have been enacted in recent years, which led, among others, to a strengthened legal framework against intellectual property infringements and a better protection of whistle blowers in corruption cases, the enforcement of existing laws needs to be improved. To do so, it will be paramount to ensure the allocation of proper human and financial resources.

Crucially, policies to address illicit trade will need to be holistic and factor in broad social impact and local development issues. This includes steps to ensure that policies do not inadvertently de-stabilize communities that currently depend on informal cross-border trade. It is important that efforts to disrupt illicit trade include a development aspect to provide border regions with sustainable alternative sources of livelihood.

As far as possible, Tunisia should seek to align tariff rates and subsidy policies with its neighbors, strengthen border control and integrate the illicit trade threat into bilateral and regional-level discussions.

Tunisia, and the region more broadly, will continue to struggle with illicit trade until the root causes are targeted and abated. TRACIT looks forward to collaborating with the Tunisian government and private sector stakeholders to advance the anti-illicit trade agenda and ensure clean and safe trade and sustainable economic development.

*Stefano Betti is a leading expert in the area of international criminal policy and justice reform. He also currently collaborates with the Siracusa Institute for Criminal Justice and Human Rights as well as Oxford Economics on two illicit trade related projects. Before joining TRACIT, he was Senior Counsel at INTERPOL’s Office of Legal Affairs, where he headed the Organization’s legal program on illicit trade.