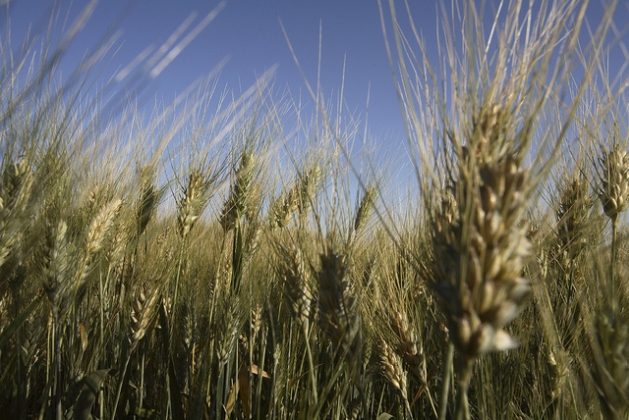 ROME, Dec 17 2018 (IPS) - Robert W. Fogel, the 1993 Nobel Prize Laureate for Economics, through his work on “efficiency wages”, pointed out that hungry and undernourished workers are not as productive as well fed and healthy workers.   At the level of an individual firm, it would thus make sense for an employer to pay wages that are high enough to allow workers access to food and other necessities – even if such wages are higher than the going market rate.

Some iconic and highly successful firms have in fact done this. Henry Ford, in 1914, caused quite a stir when he decided to offer his workers five dollars a day – double the going market pay at the time. This allowed him to not only have a healthy and satisfied work force but also to pick and choose his employees; to ensure that they stayed with the company; did not spend time looking for other opportunities as their experience and skill levels improved; and felt a stake in the success of the firm.

Other companies such as Guiness, Cadbury’s and Tata’s followed the same route providing not only good salaries but also housing, medical services and schools, as well as scholarship for the brightest children of their employees.

In Karachi, a friend runs one of the most successful engineering companies in the country. He tells of how two fresh graduate engineers came looking for a job and asking for a salary of Rupees 10,000/month (about US$75 at today’s exchange rate).

My friend told them that this was “a ridiculous demand” and that as qualified engineers from a reputable university he was not prepared to pay a penny less than Rupees 20,000. This was 20 years back and much of the success of the firm was the result of the dedication and hard work on these two “overpaid” engineers.

For countries, the same principles and practices hold. A food-secure, well-nourished, well-housed and educated labor force can enable countries to spur and sustain economic growth and foster shared prosperity.

This was one of the key principles underlying the creation of the welfare state. Unfortunately, in Pakistan, the rates of food insecurity and malnutrition are extremely high with approximately 60 percent of the population vulnerable to food insecurity.  Moreover, nearly half of children under the age of five suffering from stunted growth, which implies that their will most likely not reach their full physical and mental potential.

Prime Minister Imran Khan highlighted this issue in his inaugural speech and committed his Government to addressing the country’s nutrition emergency.  However, given the Government’s generally weak implementation capacity and tight fiscal situation there is a need to find suitable low cost means to achieve this goal. On such means is by reducing the price of food.

The staple food of Pakistan is wheat with an annual per capita consumption of 124 kgs/head/year.  The world price of wheat currently hovers around US$ 234 per tonne (as of 01 November 2018). In Pakistan, the Government, during the last wheat harvest in May/June 2018, paid farmers Rupees 1,300 per 40 kilograms.

This was a price approaching US$ 300/tonne (US Dollar to Pakistan Rupee exchange rate of Rupees 110 which was the rate prevailing at the time of the last wheat harvest) paid at farm-gate.  This is a price well above what farmers in most countries get.

To keep the price of wheat at Rupees 1,300 per 40 kilograms, the Government imposes import tariffs which currently stand at 60%. In addition huge outlays are incurred to buy, store and then dispose of this wheat. As wheat production has increased beyond domestic need and there is a subsidy given to exporters.

The impact of high wheat prices on consumers, particularly the poor, is very significant. Often it is argued that high prices for wheat and other food items help reduce poverty in rural areas.   This is simply not correct as the bulk of Pakistan’s poor rural population comprises of small scale farmers and landless who are net buyers of food.

High prices favor large farmers who have surpluses to sell; the big flour millers who get subsidized wheat from the Government; the large bureaucracy that has been created to run the wheat procurement system; and the banks, who lend to the Government for the purchase of wheat.  Direct budgetary costs of administering the system, according to the Government’s own estimates, amount to Rupees 200 billion (US$1.5 billion)/annum.

If the import restrictions on wheat are removed, domestic prices could fall considerably. In big centers such as Lahore and Karachi, where prices are 11% to 21% higher compared to international prices, a family of six people, consuming about 744 kilograms of wheat per year would save around Rupees 5,000 (almost US$40) per year.

In addition, the Government would save the costs incurred in running the system would amount to another Rupees 6,000 (over US$45) per family. This money could be used to fund targeted food assistance to the poorest and most vulnerable.

It would take some political courage to take on the lobbies of those who benefit from the current system of wheat procurement.  But if this can be done it would make a huge dent in addressing a fundamental problem without any extra outlay of public funds.