Ayeyarwady Delta, Myanmar, Jan 4 2019 - In November 2018, a team of GGGI social development, and green investment specialists have been talking to representatives from national and regional government, NGOs, cookstove manufacturers and households from rural communities on how to increase the distribution and usage of fuel efficient cookstoves.

Fuel efficient cookstoves, or ‘improved’ cookstoves, have clear benefits over the traditionally used open three-brick method and even the original design of the cookstove. Most notably, the improved design is more fuel efficient and requires less fire wood to be collected, resulting in reduced deforestation and time-saving for households, particularly for women.

Although cookstoves are used in rural communities throughout Myanmar, their usage in the Delta is more problematic due to the rate of deforestation of mangrove forests for firewood. Mangroves are a critical forest type for climate change mitigation as they store up to 4 times the amount of carbon as other forest types. The mangrove forests of the Delta are also critical for disaster risk reduction during severe weather events and are foundation for sustaining coastal fishery-based livelihoods. 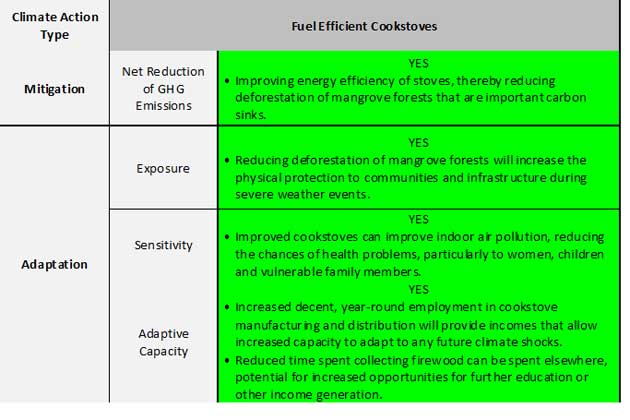 In a series of workshops and site visits around the Delta, GGGI facilitated discussions as to why distribution and usage of fuel efficient cookstoves remains low. Cookstove manufacturers discussed barriers to their production, including costs and difficulties with attaining and transporting raw materials, a lack of access to start-up finances, labour-intensive manufacturing process, and a lack of marketing and promotion of product. Numerous problems were consistently mentioned by buyers, including inconvenient design, unfamiliarity with product benefits, remote communities lack access to distributers, and that fuel efficient cookstove is often more expensive than the original cookstove design. 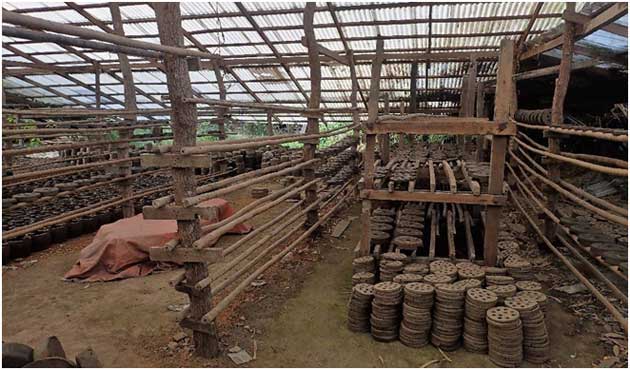 The time required for drying cookstoves during manufacture is problematic, especially during monsoon season. Taken at a cookstove manufacturer in Kalarkon, near Pathein. 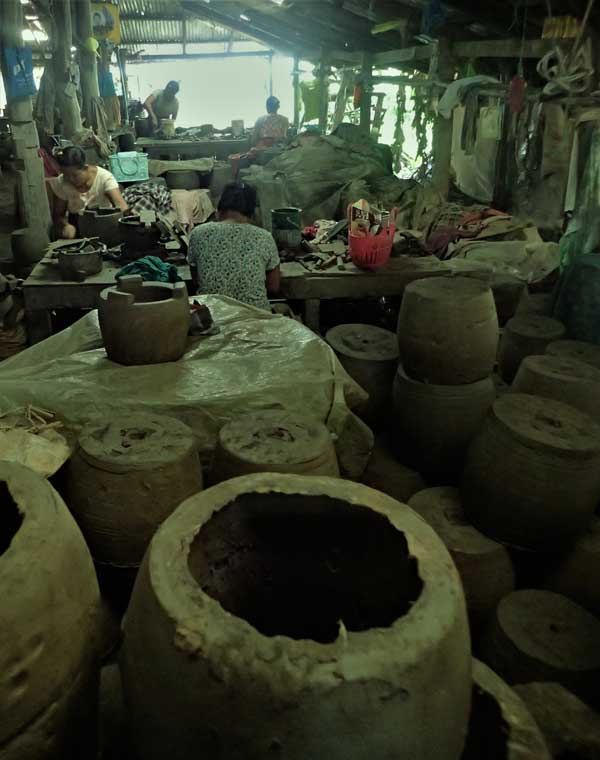 GGGI presented initial ideas for providing novel investment solutions to increase distribution and usage of fuel efficient cookstoves across the Delta. These have included linking the proven carbon savings of the fuel efficient cookstove to distributed ledger or ‘blockchain’ technology to access carbon credits from the international carbon market. This technology could connect the carbon emission savings of the cookstove to the Carbon Offsetting and Reduction Scheme for International Aviation, or CORSIA, to a domestic custodian bank, and various partners for manufacturing, certification, distribution and implementation. These credits can then be used to increase job opportunities, provide funding for increased distribution and subsidise the product price. 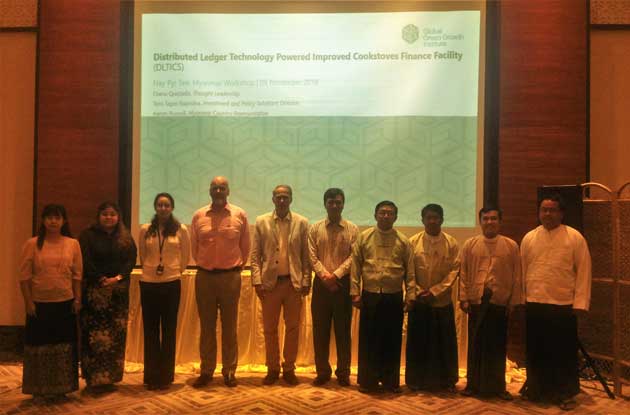 The potential economic, social and environmental benefits of this investment solution are important for the Delta, with high rural population density and reportedly the highest rates of mangrove deforestation in Asia. The potential outcomes of this solution are aligned with Myanmar’s polices and strategies for climate change mitigation, adaptation, reforestation and sustainable development. It has potential for notable benefits for women by creating many decent, year-round employment opportunities during manufacture, by reducing the time being spent on firewood collection, and reducing respiratory ailments due to smoke inhalation. This benefit of time savings may also allow increased opportunities for girls to engage in educational activities and for women to focus on developing additional income streams.

Ingvild Solvang, GGGIs Global Leader on Gender and Social Development added “access to improved cookstoves is a global challenge, which if solved has the potential to reduce communities’ reliance on fuel wood. Improved cookstoves have positive impacts on deforestation, but also communities spend much time and resources on fuel collection, which contributes to time-poverty particularly for women and girls. Improved cookstoves have a can improve indoor pollution, which causes health problems for children, vulnerable and elderly family members, and those mainly in charge of cooking, typically women.”