Should the poorest nations of the world insist that the “haves” put their significant economic and political resources behind aggressive efforts to combat climate change? 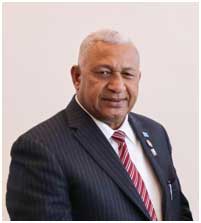 Do we have the right to expect political leaders to show the courage, vision and will to lead their citizens to responsible action to stem the growth of global warming?

The answer is yes, of course, and the reason is simple: We cannot save the world from climate catastrophe if the largest emitters of CO2 don’t step up now.

And the most vulnerable countries of the world cannot adequately reduce our emissions and adapt to the effects of climate change without economic support from the developed world that is flexible and accessible. Governments, private financial institutions, international financial institutions and foundations must be a part of the solution.

Last week, European Union leaders missed a critical opportunity to develop a more aggressive collective mitigation target by 2020 and achieve carbon neutrality by 2050. Perhaps more importantly, they had a chance to lead the world to carbon neutrality, but they failed to step up at the critical moment.

Their failure was a bitter disappointment to countries, like Fiji, that are doing everything within our means to achieve those same results. Island nations are determined to lead by example.

We have laid the ground work, but unfortunately, our efforts, strenuous though they may be, will not be enough alone. We need developed economies—and advanced developing economies—to make the same strenuous effort.

We are at a critical juncture in this fight, at a point where we know we can still act globally to change the course of human-made climate change or fail to act and face the reverberations of climate, environmental and biodiversity crises for generations to come.

The political and scientific ground has shifted under our feet since we signed the Paris Agreement in 2015. Governments have changed, and populists and climate sceptics have gained ascendancy in some countries.

Then, last October, the IPCC released its Special Report on 1.5 Degrees, which made it clear that time is closing in on us; we simply don’t have the time to turn the tide that we thought we had in Paris.

It was a struggle then for small island states and members of the High Ambition Coalition to win the inclusion in the Paris Agreement of an aspiration to limit global warming to of 1.5 degrees, when the official goal of the agreement was 2 degrees.

Now we find that we are less than 12 years away from dramatic, far-reaching, and possibly irreversible consequences of surpassing 1.5 degrees of warming if we keep going the way we’re going. We simply cannot miss opportunities like the one the EU missed last week, and we must embrace all possible solutions.

There are three things we need to focus on now. First, we need to reduce the amount of carbon we are releasing into the atmosphere. This means that countries need to set much more ambitious targets in their national climate commitments under the Paris Agreement that lead to rapid decarbonisation of high-emitting industries and sectors.

I am encouraged to see that the number of countries that are stepping up to the 2020 deadline is growing, but I’m both proud and concerned that most of these are from the developing world. The names of many developed and major economies are still notably absent from this list.

Second, we need to remove more of the carbon that has already been emitted into the atmosphere and this means massively increasing our investment in nature — developing and implementing natural climate solutions that can be implemented worldwide.

Nature has the incredible power to remove carbon dioxide from the earth’s atmosphere, but we are currently failing to protect this vital resource. We will not be able to achieve 1.5 degrees without dramatically recalibrating how we look after and restore our natural landscapes. Under the leadership of China and New Zealand, we are expecting a big step forward on this front at the upcoming UN Secretary-General’s Climate Summit (in New York on September 23 this year).

And, third, developed and major economies should increase the amount — and rapidly deploy — climate finance for developing countries to allow us to achieve and increase our mitigation targets, as well as urgently build our resilience to the impacts of climate change. This means at least $100 billion a year by 2020.

Still, it is a sad fact that the Marshall Islands and Fiji—two of the most marginal carbon emitters in the world—are the only two countries to have officially submitted long-term plans to the UN for achieving net-zero emissions by 2050. 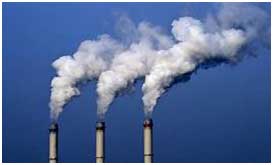 The Paris Agreement committed signatories to achieving net carbon neutrality by the second half of the 21st century, but it was unclear what was intended by the term “second half.”

We know now that the deadline must be the beginning of the second half, not the end. Fifty years of ambiguous wiggle room, 50 years of hesitancy, and 50 years of procrastination will lead us to the catastrophe we fear.

Setting a date for achieving net-zero, matched with boosting short-term action, is critical and that’s where national leadership comes in. It gives all the relevant stakeholders, government departments, businesses and citizens the signal they need to start making concerted changes.

If developing countries can develop robust emissions-reduction targets that truly drive us toward the goals we agreed to in Paris, then other nations can, too.

The EU, and the rest of the developed world, can still change course. The UN Secretary General’s Climate Summit in September will provide a forum for every country to lay out their climate ambitions before the world and be judged.

I urge developed countries to come to New York with the most aggressive and most ambitious plans they can devise. In Paris, the small island states used our moral weight to push the world to accept the aspiration of limiting global warming to 1.5 degrees. In New York, vulnerable developing countries must do the same.

We cannot accept that countries with the means to do more will sit on the sidelines and do less.