Ian Williams is a former President of the UN Correspondents Association (UNCA) and author of "UNtold: The Real Story of the United Nations in Peace and War

UNITED NATIONS, Aug 12 2019 (IPS) - An old adage passed on by veteran U.N. staff to younger recruits is, “Do nothing whenever possible. It’s safer.” For a junior officer that might indeed be career-enhancing.

But—in the face of persistent hostility from the U.S. and Israeli Prime Minister Binyamin Netanyahu’s friends around the world—for the secretary-general of the U.N., or even the commissioner general of UNRWA, it is a recipe for disaster.

And sometimes doing a little is even worse.

Antonio Guterres announced the appointment of Christian Saunders as deputy commissioner general of UNRWA but the U.N secretary-general failed to explain what had happened to Saunders’ predecessor,  Sandra Mitchell, let alone the chain of circumstances that led to her departure.

Saunders is experienced and well-respected, but making him deputy commissioner general while leaving Pierre Krähenbühl, the person primarily responsible for the scandal, as commissioner-general for UNRWA is like throwing a sardine into a school of sharks. It has, predictably, just whetted the appetites of UNWRA’s enemies—but has not provided sustenance for its friends.

The secretary-general is presumably aware that after Al Jazeera (and the Washington Report) began its investigation into the UNRWA Ethics Office’s report on Krähenbühl’s management (see Aug./Sept. 2019 Washington Report, p. 17), Krähenbühl in quick succession lost three senior staff members, including both his chef de cabinet and deputy commissioner.

Major donors, not least, Krähenbühl’s own Swiss government pulled their funding because of the Report, which called for his immediate dismissal.

All those countries have been loyal friends of the U.N. and of UNRWA, and their defunding shows clearly that the Ethics Office report made a compelling case to them. It is also clear that the governments concerned are trying to send signals to the U.N., whose response to the crisis has been a textbook case of complacent bureaucratic ineptitude.

After this writer’s report on UNWRA corruption came out in Al Jazeera, former U.S. Ambassador to the U.N. Nikki R. Haley wrote on Twitter, “This is Exactly [sic] why we stopped their funding.”

In fact, that was an outright lie. The Trump administration only did as Israel asked and pulled its contribution to UNRWA for malicious reasons having nothing to do with Commissioner General Krähenbüh’s love life or travel arrangements. 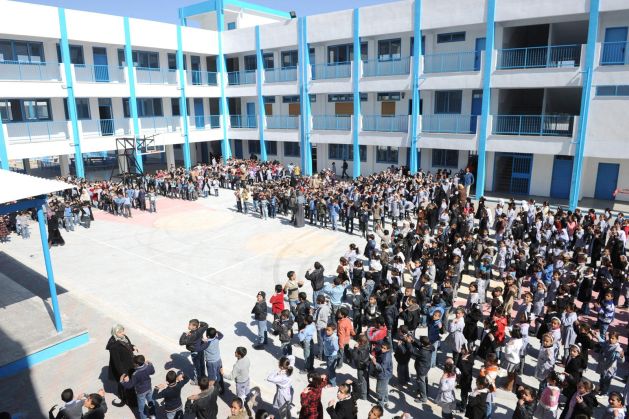 Instead it was because UNRWA’s continuing existence is a persistent institutional reminder of U.S. complicity in Israel’s dispossession of some six million Palestinians. Admittedly, it was also because a particular subset of ambitious Republicans looks for large campaign donations from a coterie of very rich right-wing donors who consistently display their disdain for Palestinian rights by helping fund Jewish-only settlements in the Israeli-occupied West Bank.

However, knowing that both Washington and Tel Aviv entertain such sentiments makes the insouciance of both Secretary-General Guterres and Krähenbühl even more egregious.  The ethics report detailing the managerial failings and turpitude in UNRWA was delivered to the secretary-general’s office back in December 2018.

The UNRWA staff who had contributed to it fretted that no action was being taken after many of them had risked their livelihoods and pensions.

They were amazed that such a compelling dossier from the organization’s own Ethics Department would be ignored, and it was only after months had passed that some of them leaked it to me, in the hope that media inquiries about the report would prompt pre-emptive action by the U.N., and that the commissioner general would lance the boil before the pustulent Trump/Netanyahu axis began to fester on it.

Ambassadors and senior U.N. officials were approached to press the secretary-general’s office for the action necessary, but to no avail.

Faced with such a damning indictment from his own ethics office, Krähenbühl could have, and should have, resigned or stepped aside for the good of the organization.  The secretary-general could have suspended or fired him and announced a genuinely independent inquiry, enlisting donors and others concerned with the welfare of UNRWA and the Palestinians.

Predictably, the failures of the commissioner general and U.N. headquarters to take action—of any kind—has set off a feeding frenzy among the enemies of the Palestinians and UNRWA, who want to punish refugees for the ethical failings of bureaucrats foisted on them by an international community that oversaw their dispossession.

An unannounced internal investigation by the U.N.’s own Office of Internal Oversight Services (OIOS)—whose reputation is far from stellar even inside the U.N.—is a politically disastrous course of action. It took repeated questioning before we even discovered the investigation was under way—at a time when the secretary-general’s office denied it had even seen the report.

It was conceivable that, without media publicity, the OIOS report could have been a bland procedural whitewash, as have been too many about recent scandals involving senior U.N. staff.

But the media exposure means that Krähenbühl has little or no support from his present and recent senior staff, and certainly not from the donors.  His rigor mortis-like grip on office is profoundly damaging to UNWRA, to the U.N., and to the more than five million Palestinians it serves.

In any case, confronted with such a manifest managerial failure, a traditional international civil servant should have accepted responsibility and resigned: by clinging to office Krähenbühl is giving succour to his agency’s enemies.

One could add that the scandal reflects an erosion of the concept of an ethical international service under a constant corrosive drip of short-term contracts and outsourcing urged by those experts who brought us the 2008 financial crisis.

Even so, Secretary-General Guterres can still ameliorate the crisis—first, of course, by inviting Krähenbühl’s immediate departure, but then by a resounding public declaration of how essential UNRWA’s work is.

Persuading a senior diplomat or U.N. figure to take over from Krähenbühl is a bit like fitting someone for a crown of thorns, but there are people out there who care enough about the Palestinians and who are prepared to stand up to the barrage of bile from worldwide Friends of Likud.

Above all, there is no need for the secretary-general to take advice from countries whose oft-condemned actions created and perpetuated so many decades of misery for the Palestinians.

He would, however, do well to invite donors and other humanitarian organizations to examine the agency and recommend much needed managerial and structural reforms, without pandering to those whose solution to the refugee problem is to leave them homeless and hungry while declaring them no longer to be refugees.

The original story appeared in the Washington Report on Middle East Affairs.