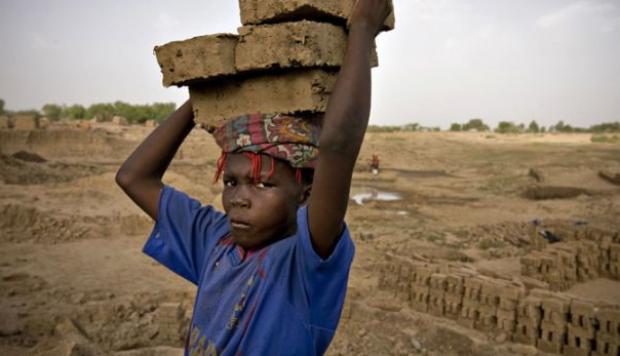 GENEVA, Sep 27 2019 (IPS) - “Six years after initiating my term as Special Rapporteur, it is sobering to say that the way to freedom from slavery remains long in spite of the legal abolition of slavery worldwide,” said UN expert on contemporary forms of slavery, Urmila Bhoola.

“Clearly, preventing and addressing slavery is not as simple as declaring it to be illegal but much more can and must be done to end slavery by 2030.”

According to the International Labour Organization, over 40 million are enslaved around the world. While presenting her latest report to the Human Rights Council in Geneva, Bhoola pointed out that servitude will likely increase as the world faces rapid changes in the workplace, environmental degradation, migration and demographic shifts.

She further indicated that over 64 percent of those enslaved work in the private sector, a quarter of global servitude is of children, and a chocking 98 percent of enslaved women and girls have endured sexual violence.

People in the informal sector, which represents 90 percent of the workforce in developing countries, are at higher risk of being exploited or enslaved, Bhoola added.

“By 2030, some 85 percent of the more than 25 million young people entering the labour force globally will be in developing and emerging countries. Their perspectives to access jobs offering decent work will determine their level of vulnerability to exploitation, including slavery,” Bhoola said.

The figures she presented were a “wake-up call” for countries to prepare themselves to tackle slavery more effectively as “10,000 would need to be freed each day if we are to eradicate contemporary forms of slavery by 2030,” she added quoting recent figures from the NGO Walk Free.

Bhoola said that some States had already elected to exclude from public contracts suppliers whose supply chain presented risks of slavery. Other Governments were using anti-money laundering systems to encourage companies to prevent proceeds of slavery from entering the financial system.

The expert regretted, however, that efforts to end slavery had been insufficient. She pointed out that convictions against perpetrators and their risk to face justice remain minimal.