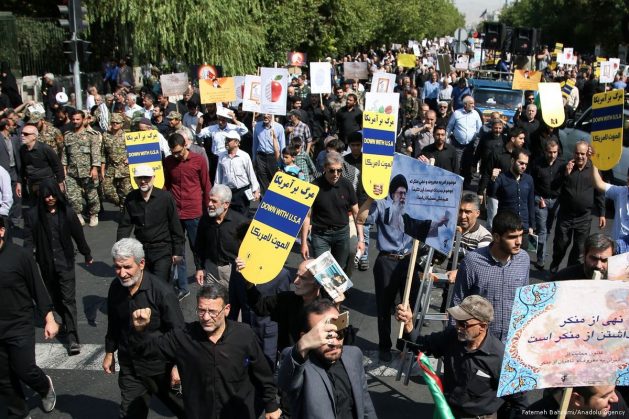 “When you’re going to a gun fight” he says, “bring all your friends with guns”—a piece of advice obviously directed at the Trump administration which remains increasingly isolated in the international community.

“Having fought many times in (international) coalitions, I believe that we need every ally we can bring to the fight – from imaginative military solutions to their country’s vote in the [United Nations], the more allies the better,” says the retired U.S. Marine Corps General, who recently quit the Trump administration in not-so-happy circumstances.

But how many of the U.N.’s big powers armed with big guns—and nuclear weapons– including UK, France, Russia and China, are willing to join the U.S. as it contemplates an attack on Iran?

Or even give its blessings to a Trump administration which has treated the U.N. with contempt by abandoning multilateralism, withdrawing from international treaties and drastically reducing funds to U.N. agencies?

And now, in an irony of ironies, Trump is turning to the U.N. for help– as it plans to lobby U.N. member states whose leaders will be attending a slew of high-level summit meetings in New York through Sept. 27. The lobbying is euphemistically described as “a diplomatic outreach campaign”.

Secretary of State Mike Pompeo set the stage for a confrontation when he accused Iran last week of carrying out an “act of war”—the strongest condemnation so far from any American official on Iran.

At the same time, he has sent mixed signals, like Trump, because he told reporters during a two-day trip to the Gulf: “We’re still striving to build out a coalition.”

The Iranian have denied responsibility for the recent drone and missile strikes on Saudi oil installations which have been claimed by the Houthi rebels in Yemen. 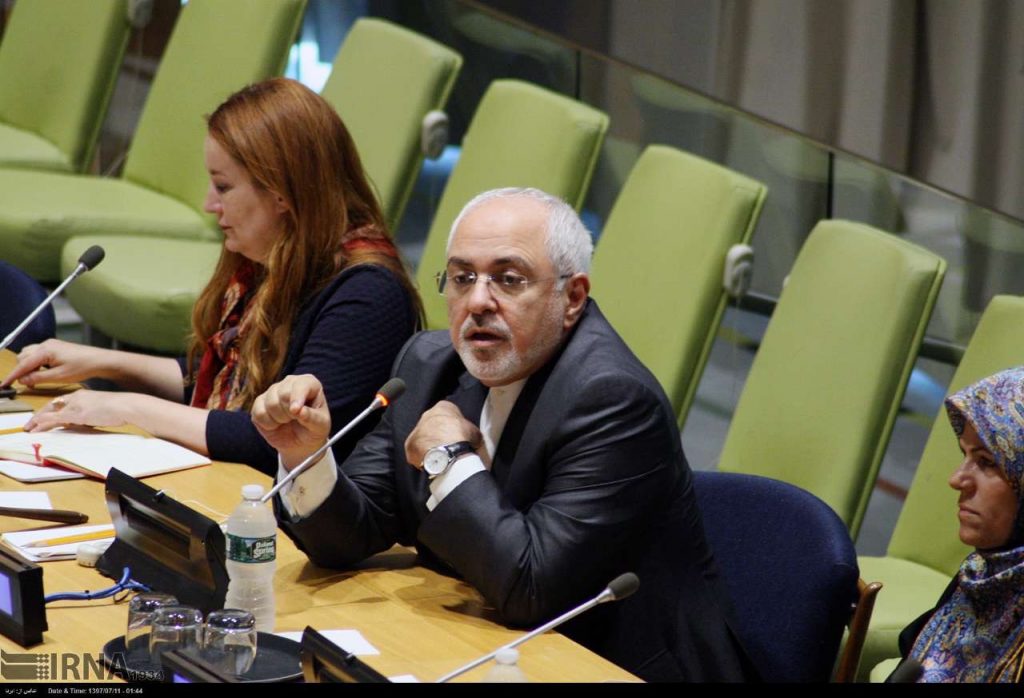 Asked for a response, visiting Iranian Foreign Minister Javid Zarif said in New York: “Had Iran been involved in this attack, there would have been nothing left of that refinery.”

In a front-page story Sept. 19 headlined “White House seeks allies at U.N. to press Iran on Saudi oil attack,” the Wall Street Journal (WSJ) says the British U.N. ambassador Karen Pierce has already said responsibility hadn’t been determined as to who was behind the attacks on the Saudi oil fields while Japan and France have also signalled they aren’t convinced that Iran was behind the attacks.

The newspaper quotes Trump as telling the American Israeli Public Affairs Committee (AIPAC) in a bygone era: “the U.N. is not a friend of democracy, not a friend of freedom and not even a friend of the United States”

Meanwhile, Russia and China, two veto-wielding members of the Security Council who are close allies of Iran, are unlikely to support any UN resolution authorising an attack on Iran.

But the Trump administration is apparently trying raise a “coalition of the willing” – as did the administration of President George W. Bush when it invaded Iraq in March 2003.

Ian Williams, U.N. correspondent for the Tribune and Senior Analyst, Foreign Policy in Focus, told IPS Trump has not pulled out of the U.N. precisely in anticipation of contingencies like this where the U.S. can abuse what Annan called the unique legitimising power of the U.N.

However, the case the U.S. brings to the U.N. members is even weaker than when it had to resort to the “Coalition of the Coerced,” to back the U.S. assault on Iraq.

After decades, Williams pointed out, U.N. members reluctantly accepted Israel is a de facto exception because the U.S. veto protects it from any practical consequences for its breaches of international law and the U.N. Charter. Saudi Arabia has tried hard to use similar leverage.

Iran is not the most popular country in the 193-member General Assembly, but the hard evidence of its involvement in the attack on the Saudi refineries is yet to pin down and the entire international community except for the U.S.-Israel- Saudi Arabian axis knows that it was the U.S. that unilaterally broke the JCPOA and is waging economic war on Iran while Israel and the Gulf monarchies have been trying to incite U.S. military strikes against Teheran.

They also know that the UAE and Saudis have been dropping American and British bombs on Yemen, including on hospitals, so the oil refinery attack is, on the face of it, a very proportionate response from the Houthis, said Williams, author of “UNtold: The Real Story of the UN in Peace and War,” released by Just World Books..

Stephen Zunes, Professor of Politics and International Studies at the University of San Francisco, who has written extensively on the politics of the U.N. Security Council,  told IPS the U.S., as with the invasion of Iraq, might be able to assemble a “coalition of the willing,” this time consisting of Israel, Saudi Arabia, and other right-wing allies from the region and launch an illegal war without U.N. authorisation.”

“This is particularly true given that both the Trump administration, like the Bush administration, has repeatedly attacked the United Nations and longtime U.S. allies for not supporting their unilateralist agenda and Washington’s willingness to violate the U.N. Charter and other international legal principles,” said Zunes who also serves as a senior policy analyst for Foreign Policy in Focus project at the Washington-based Institute for Policy Studies.

Emeritus Professor Ramesh Thakur, Crawford School of Public Policy, at the Australian National University in Canberra, told IPS: “Like many Americans, most countries and people believe the cause of the surge in tensions in the Persian Gulf is the foolish decision by the Trump administration to pull out of the multilaterally negotiated and U.N. Security Council endorsed nuclear deal with which Iran was fully compliant.”

This will make it very challenging for the US to garner much support in the UN for any anti-Iran military action, he declared.

Asked about UN support for US, Williams told IPS it seems that four out of five Security Council members are unlikely to countenance any substantial action against Iran, leading to instant humiliation for the Trump administration when it deplores its patently mediocre diplomatic team to the UN that it has, almost actively and ostentatiously neglected for Trump’s term so far.

Raising the issue could allow embarrassing questions in the Council about US and UK complicity in manifest Saudi war crimes in Yemen, he noted.

On a larger scale, Williams argued, Iran and the Houthis have shown that they can cause quick economic harm to the Saudis and that there are few effective defenses.

Ironically, since the US won’t let the Iranians sell their oil on the world markets anyway, any counterstrike on Iranian refineries will be far less effective, declared Williams, a former President of the UN Correspondents’ Association (UNCA).

When the US invaded Iraq in 2003, then Secretary-General Kofi Annan described the invasion as “illegal” because it did not have the blessings of the 15-member UN Security Council (UNSC), the only institution in the world body with the power to declare war and peace.

But the administration of President George W. Bush went after Annan for challenging the decision to unilaterally declare war against Iraq: an attack by one member state against another for no legally-justifiable reason.