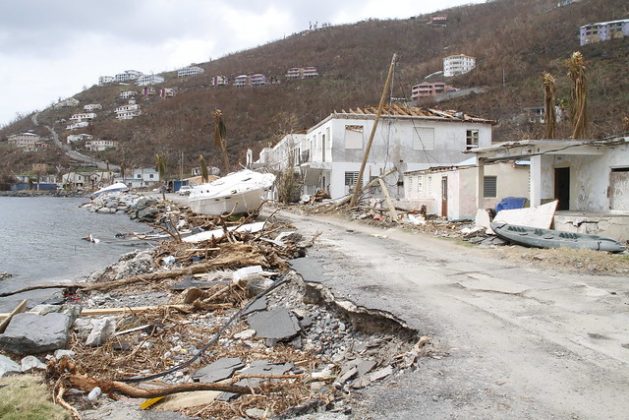 Shantanu Mukherjee, from the U.N.’s Department of Economic and Social Affairs, said the presidents, prime ministers and princes coming to discuss development and global warming in New York must boost their efforts to avert global calamity.

Politicians must start “recognising the impact of science and policy and strengthening it among the people who are here so that it becomes a reliable basis for decision-making,” Mukherjee said in answer to a question from IPS.

“If there is a commitment among the leaders who come here, even some of them that they will take this seriously and use it to inform their policy, which we will support with scientific evidence, that would be great.”

Environmentalists have expressed fears of wavering commitments among leaders to limiting climate change, pointing to such skeptics as United States President Donald Trump and his Brazilian counterpart Jair Bolsonaro.

Mukherjee spoke with reporters in New York on Wednesday while releasing a report, called The Future is Now: Science for Achieving Sustainable Development, which warns of deepening inequalities and irreversible damage to ecosystems.

The document says that mankind can still achieve the U.N.’s so-called Sustainable Development Goals (SDGs) towards ending poverty and other targets, but not without boosting efforts to reduce waste, pollution and inequality.

Between 2017 and 2060, the annual global consumption of material goods is expected to climb from 89 Gigatons to 167 Gigatons, leading to more greenhouse gas emissions, mining and other resource extraction, researchers said.

Meanwhile, the global population is expected to reach 8.5 billion people by 2030, meaning more mouths to feed and greater demand on power stations, most of which still pump carbon dioxide into the atmosphere.

Endah Murniningtyas, a former Indonesian minister who helped write the report, said producing enough food while keeping the global rise in temperatures below a benchmark figure of 2 degrees Celsius could prove impossible.

“This is not inevitable. We have the knowledge and the means already to change and ensure that all our wellness [is maintained] even as we scale back the adverse impacts,” of climate change,” Murniningtyas told reporters.

“Focus on the policy must be enabling equitable global access for food and maximising the nutritional value of produce while at the same time minimising the climate and environmental impact of production.”

The 250-page report was drafted by an independent group of 15 scientists. The document will be at the centre of high-level talks on the SDGs on Sept 24-25, when Trump, Bolsonaro and others are expected in New York.

Peter Messerli, director of the Centre for Development and Environment at the Bern University in Switzerland, said leaders must start changing how we design cities, harness energy and feed growing populations.

“All these systems are currently we can say to a certain degree dysfunctional, but they hold the promise that if we address those trade-offs, that way, they will really leverage transformation,” Messerli told reporters.

But the politicians attending a U.N. climate summit on Sept 23. and other high-level talks in New York will be swamped with other hot issues, said Messerli, with wars in Syria and Yemen high up the global agenda.

“We will not change the world. But we need to change their minds in this direction. Because if we change the minds, I think we can change the world,” Messerli, a co-author of the report, said in answer to a question from IPS.

Bolsonaro and Trump are the first two leaders listed to speak at the start of the U.N.’s general debate on Sept. 24, followed shortly afterward by Egyptian president Abdel Fattah el-Sisi and others.

Swedish teen climate change activist Greta Thunberg last month sailed across the Atlantic Ocean aboard a carbon-neutral racing yacht bearing the slogan “unite behind the science” to attend the summit and put pressure on leaders.