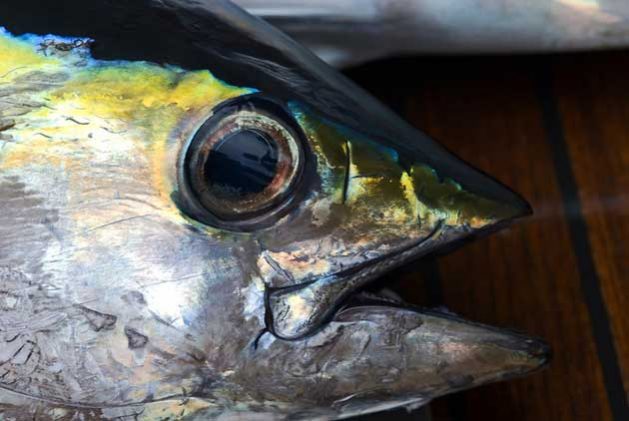 “There are many questions about where mercury in fish that we eat comes from and what fish are safe to eat. Solutions to the complex problem of mercury pollution have been impeded by conflicting information on the sources, transport, and accumulation of mercury in the environment.”

GENEVA, Nov 25 2019 (IPS) - It has been more than two years since the Minamata Convention on Mercury entered into force. The global treaty protects humans and the environment from the toxic metal, but countries are still stuck on how to measure the agreement’s effectiveness.

As delegations discuss Minamata this week in Geneva, the decisions they make will be critical to the health of humans and the environment for generations to come.

The Minamata Convention on Mercury came into force in August 2017 with 128 signatories; 115 of those countries have since become parties to the agreement.

Minamata is the world’s youngest environmental treaty and it is among the most promising. Science has informed international policymaking on mercury since negotiations around the treaty began in 2005.

As the treaty takes hold, it is important that national delegations continue to listen to the science – and scientists – as they approach agreement on how to measure Minamata’s effectiveness.

Mercury is a pollutant that has long been known to cause neurological problems. Recent studies have shown effects on behavior, development, renal and immune function, and reproduction. Science has also clearly determined that the main exposure route for humans is through eating fish.

This puts communities that derive most of their protein from seafood at great risk. Island nations around the globe and First Nations cultures in the Arctic all sit in the direct line of fire of the mercury menace. But the challenges don’t stop there. Mercury pollution is a universal threat.

Unlike other treaties that focus only on pollutant sources or waste disposal, Minamata contains measures for addressing the full life cycle of mercury including its use in mining and industry, its integration into products, all the way to its disposal. Just as important as controlling the use, handling and disposal of mercury, countries also need to determine if the treaty is working.

Minamata contains articles that require that measures be taken to assess the effects of the treaty on reducing mercury in the environment. This is the “effectiveness evaluation” of the agreement. Not all parties to the treaty agree on how that will be accomplished, but the treaty does specifically require monitoring of mercury levels in fish, sea turtles, birds, and marine mammals.

Of particular importance are the fish and marine mammals that are commonly consumed by people – these are the main vectors to human exposure.

In order to determine whether levels in the environment are changing for the better as a result of Minamata’s mandated controls, measurements of concentrations have to be determined before and after controls are put in place. Where do countries begin to get those data?

Fortunately, there is information currently being compiled from peer reviewed scientific papers (the Global Biotic Mercury Synthesis). Findings from that project reveal places where mercury is elevated beyond levels considered healthy for humans or wildlife, as well as areas with no data.

However, at present, no global mercury monitoring network actually exists for biota, creating a major challenge for protecting people around the world.

At this week’s Third meeting of the Conference of Parties (COP3), it will be important for delegations to consider the methods by which effectiveness baselines are created. Should mercury concentrations be measured in the environment through air or water?

Should they be measured in the biota through fish, sea turtles, marine mammals or birds? Or should countries measure all of these? And what about concentrations in humans? Should those be measured and, if so, which populations should be assessed?

The answers to all of these questions will help parties determine whether in ten years the Minamata Convention has done a good job in reducing environmental mercury. Those answers will require scientific understanding of how mercury moves through the biosphere and whether, for example, the concentrations in the air and water can be related to concentrations in fish, other biota and, ultimately, in humans.

For this essential purpose, science and policymaking must continue to work together on Minamata.

There are only a few scientists among the delegates making decisions about these matters in Geneva this week. Therefore, at COP3 it will be important for the science to be communicated to the non-scientists at the table in order for the best and most “effective” policy decisions to be made.

There is much work to be done, but the partnership between science and policy has been strong. As we approach this important phase in the life of the treaty, the exchange of information on the science of mercury fate in the environment is more critical than ever to help the Minamata Convention achieve its global promise.