Winning the ‘No Food Loss’ Battle: The Case of Japan

ARKANSAS, Nov 20 2019 (IPS) - Humankind since almost the time that there is recorded history has grappled with the question of ‘how many is too many?’ The response is expectedly complex as it varies across time and space. The pace of population growth was slow till about approximately 250 years or so. It is only since the middle of the eighteenth century that there has been a palpable acceleration in population growth. 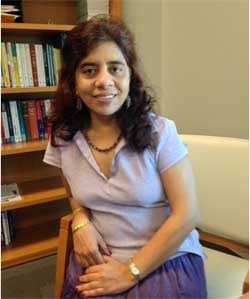 The intervals in which we have added a billion has been consistently narrowing. It took only 12 years for the global population to increase from six billion to seven billion compared to the 123 years that passed between the first and second billion. Thus, an emerging concern is whether there are already too many to the detriment of our own survival? The latter narrative has been a dominant one till very recently and its genesis can be attributed to one of the most influential thinkers, Thomas Robert Malthus. Malthus in his Essay on the Principle of Population in 1798 posited the following. Population, if unchecked will grow geometrically and food supply will increase arithmetically. Malthus’s predictions garnered credence as they coincided with the periods of significant growth in the population, increase in deaths, spread of communicable diseases and famines in Europe and explorations of new lands by Europeans. However, there was an alternative theory being developed by another intellectual stalwart of that time, Karl Marx. Marx’s contention was that it is the exploitative capitalist system and not the people that are responsible for poverty and misery as reflected in rise in deaths and diseases.

More contemporarily, the debate on the sustainability of population growth revitalized in post Word War II period, an era characterized by the emergence of newly independent former colonies in Asia and Africa. Both the number of people and the rate of their growth in those countries was high enough to raise alarms of population ‘explosion’. Thus, what followed were zealous attempts by governments to put in place policies and programs to control population growth. The programs were often funded by international agencies and at times conditional upon disbursement of development aid by Western countries. The arguments proffered by the proponents of concerted efforts to check population growth include economic and environmental. A large population results in swindling of already scarce resources away from income generating investments toward what have been called as ‘demographic overheads’ such as provision of food, education, clothing, shelter and in so doing hindered economic development. Also, scholars of the above school of thought called as neo-Malthusians or ‘doomsters’ believe population growth, if not curtailed, leads to running out of earth’s carrying capacity which is number of people that can be supported relative to the available physical resources. One of the requirements for our survival is natural resources such as land and water for production of food. The population growth rates existing in less developed countries in the 1960s, provoked dire predictions of mass starvations and deaths stemming from unavailability of food and hence led to feverish bids to reduce rates of population growth. India’s family planning program and China’s population policy reflect such endeavors.

While rates of population growth have been on an average on the decline in the world, there was a surge in food supply facilitated by technological revolutions in myriad aspects of agricultural production and the reasonably successful dissemination of the technology to less developed regions. The consistent rise in food availability not only indisputably questions the Malthusian thesis of endangering the existence of humankind owing to scarcity of food supply, it provides validity to the viewpoint of experts, called as ‘boomsters’. ‘Boomsters’ argue that population growth and innovation go handin hand and so ‘the more the merrier’ is a more accurate stance. The other side of the coin of expansion in food production that has been gaining prominence in the past couple of decades bolstered by the rising consciousness of human induced environmental degradation is escalation in food loss and waste. The deliberations surrounding population matters have begun delving into the overpopulation versus overconsumption predicament, a shift away from the sole focus on overpopulation. While acknowledging the need to make systematic and substantial investment on agriculture to augment food supply and subsequent food security in some parts of the world, it is clear that in quite a few regions, efficiency in food production and distribution can be enhanced by cutting down food loss. The Food and Agriculture Organization (FAO) estimates that food loss and waste (FLW) is roughly 30% of all food globally amounting to 1.3 billion tons per year. These numbers assume a new meaning when considering the number of people who are undernourished. Around 821 million people or approximately one in every nine did not have adequate food in 2017.

The magnitude and pervasiveness of the problem of FLW along with its coexistence with persistent undernourishment has attracted the attention of the United Nations (UN). The 2030 Agenda for Sustainable Development adopted at the 2015 UN Summit sets targets for reducing food loss and waste. Thus, bringing down food loss and waste are explicated as Sustainable Development Goals (SDGs). It may be noted that SDG target on FLW states food loss and waste as two separate goals. In the context of food loss target, FAO has created a food loss index (FLI) that assesses food loss along the supply chain from starting from production stage to the retail outlets. Additionally, Barilla Center for Food and Nutrition (BCFN) in collaboration with The Economist Intelligence Unit (EIU) has developed a comprehensive measure called Food Sustainability Index (FSI). One of the three indicators that are part of FSI is a measure of FLW, the other two being sustainable agriculture and nutritional challenges.

One of the developed countries that recognizes the enormity of the problem of food loss, its implications and the urgency to tackle it is Japan. Japan’s annual food loss is in the order of 6.21 million tones, the loss being defined as food intended for consumption that is unsold, past the expiration date or is left over. The average amount of food thrown by a Japanese person could fill up an entire rice bowl and in aggregate terms, the food wasted is enough to feed 50 million people a year. In monetary terms, the value of food wasted annually is worth United States (US) $ 1.6bn which is about per capita US$1,000. Unsurprisingly, Japan ranks 27 among 67 countries in terms of BCFN and EIU generated FLW and FSI indices. Further, given the estimated (in 2015) Japanese food self-sufficiency rate of 39% and that 3 million children are undernourished, this large volume of food loss presents a rather unique conundrum.

Expectedly, Japan has embarked on multiple strategies to curb food loss and make food availability more sustainable and equitable. Japan’s Ministry of Agriculture, Forestry and Fisheries in collaboration with six other ministries launched No-Food Loss Project in October 2013. Further, in May 2019 a legislation was enacted calling for a ‘national movement’ to promote reduction of food loss. The No-Food Loss project aims at amending policies and programs to minimize food loss at every stage of food supply chain. This Project therefore entails reforming behavior and practices of all the stakeholders. For instance, one of the reasons that has been identified for food loss is what is called as ‘one-third’ rule. The ‘one-third’ rule stipulates that food makers or wholesalers should dispense the food items within the first third of the interval between manufactured date on the product to the expiration date. If the food makers or wholesalers are unable to meet that deadline, then retailers are entitled to refuse to accept the delivery. While the rule is well intentioned as it ensures consumers receive good quality product with a lead time on the expiration, the myriad number of hoops between production and actual delivery make meeting the one-third time threshold impossible for many food makers and wholesalers and consequently edible quality food gets thrown out. The Ministry of Agriculture, Forestry and Fisheries has set-up a commission to evaluate the one-third time line and proposals to reduce the time frame from one-third to one half for drink products and snacks have been put forward. Other initiatives include increase in number and support for food banks that provide food free of charge to welfare agencies, extension of expiration dates, encouraging use of technology to link consumers to restaurants, appealing to public to change habits via messaging from cafeterias, restaurants, convenience stores and supermarkets, promotion of use of doggy and popularizing recycling processes. The selection of a decade old community program in Nagoya to recycle food from supermarkets and school lunches that would otherwise have been thrown out, to make compost for vegetable farming for the Biodiversity Action Award by the Japan Committee for United Nations Decade on Biodiversity (UNDB) is an illustration of that. Additionally, attempts to increase awareness amongst local governments, grocery shops and consumers along with featuring of benefits of cutting down food loss in the mainstream media and in politicians’ discourses are noticeable.

Based on the above initiatives in conjunction with Japan’s compliance with the SDGs and the Japanese approach to waste exemplified in the idea of mottainai (meaning consciousness toward waste and excesses in Japanese, a term popularized by the first environmentalist to win the Nobel Peace Prize, the late Wangari Maathai,), it is reasonable to expect Japan’s commitment to cutting down food loss will bear fruition in the near future.