NEW DELHI, India and JONESBORO, US, Oct 7 2019 (IPS) - China’s almost meteoric transition from a being a low income to a middle income country within a span of four decades is often perceived as a miracle analogous to the post Second World War Japanese economic development experience.

China’s GDP rose from $200 current United States dollars (US$ henceforth) in 1978 to $9,470 current US$ in 2018 (World Development Indicators, The World Bank). Unsurprisingly, China’s rapid and near sustainable growth has attracted widespread interest among academics and policy makers alike. 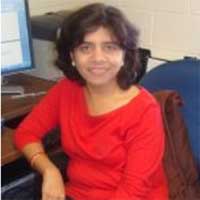 China embarked on a set of systematic reforms of its centrally planned economy in the year 1978, which ignited this spark of economic growth.

In nearly three decades after the reforms, China increased its Gross Domestic Product (GDP) eightfold with an average growth in GDP and GDP per capita of 9.5% and 8.1% percent (measured in constant US$), respectively (Hofman and Wu 2009).

These figures appear more exceptional when seen relative to China’s performance: a) in the pre-reform period and b) by its contemporaries at that time. While China with an average GDP per capita rate of 2.1% was out ranked by several countries during a two-decade period before the reforms, its GDP per capita was the highest across a list of 105 countries for the years 1978-2005 (Hofman and Wu 2009).

The extraordinary growth in income levels seem to have been replicated with respect to other economic indicators such as poverty rates and wealth per adult. The poverty head count ratio declined by more than four fifths in less than a decade from 17.2% in 2010 to 3.1% in 2017 (World Development Indicators, The World Bank). Additionally, there is a notable increase in the wealth per adult from US$4,292 in 2008 to US$47,810 in 2018 (Global Wealth Data Book 2018, Credit Suisse Research Institute).

Further, convergence between the timings of the economic reforms with that of the demographic transition led to low dependency ratios (low share of non-working relative to working age population) creating a ‘perfect storm’ for bolstering economic growth.

The more recent trends of the economy growing between 6-7% do admittedly indicate a downward trajectory but the prospects in absolute terms remain high.

However, this more seldom than not favorable scenario is projected to have an expected and significant impact on the age composition and epidemiological profile of China. All the standard health indicators show that China has completed what demographers would call mortality/epidemiological transition.

Mortality/epidemiological transition is characterized by two interrelated components: a) a greater concentration of deaths at older ages, and b) a dominance of deaths by degenerative illnesses as compared to communicable diseases.

Life expectancy at birth in China between 1990 and 2017 rose by nearly a decade for women (from 70.7 years to 79.9 years) and over third quarter of a decade for men (from 66.9 years to 74.5 years) (Global Burden of Disease). Such dramatic rises in life expectancy obviously translates into increasing share of the elderly total population.

The projected percentage of elderly population at 11.97% in 2020 is more than twice that in 1990 (5.63%) (World Population Prospects 2019, United Nations Population Division). The projection for year 2040 considering the age of 60 as the benchmark predict more than one in four persons to be elderly (World Health Organization).

On the second component of the epidemiological transition, Non-Communicable Diseases (NCDs) affect for more than 80% of the 10.3 million premature deaths and 77% of Disability Adjusted Life Years (DALYs), the statistic that is not that distant from other OECD countries.

A review of the ranking of the top ten most causes of major deaths for the years 2007 and 2017 reflects the realization of the second part of the mortality/epidemiological transition. Except for the road injuries, the ten major causes of deaths fall in the category of degenerative illnesses.

Further, between 2007 and 2017 the increase in that ‘deadly’ impacts were 21.8% (stroke) and 43.9% (ischemic heart diseases). The corresponding rise for hypertensive heart disease was 79.8%. Yet another disconcerting evidence on the growing detrimental effect of hypertension can be gleaned from the climbing in the ranking of diseases causing disability.

Stroke moved from being the thirteenth highest in 2007 to being fifth highest in 2017. The combined effects of causing most deaths and disability owing to stroke and ischemic heart disease is respectively more than 25% and 40%.

Also, relative to ten countries in the comparison group delineated by the Global Burden of Disease (GBD) Project, based on GBD’s regional classification, trade partnerships and sociodemographic indicators, YLLs and DALYs due to stroke and ischemic heart diseases is the highest in China.

The above patterns and trends clearly evince a transition to a lifestyle that is more prone to incidence of cardiovascular diseases, a change that has been empirically observed to accompany usually interrelated reasons such as rising levels of income, urbanization, globalization and consumption of processed food as substitute to home made and fresh food.

The latter appears to be a prominent contributor to China’s epidemiological profile tilting toward cardiovascular illnesses such as stroke, ischemic heart disease and hypertensive heart disease.

Dietary risk has been found to be the most significant factor in explaining most of the deaths and disability in 2007 and in 2017. Additionally, there was a 29.6% increase in the risk caused by dietary patterns between 2007 and 2017 (Global Burden of Disease).

One of the integral ingredients for making food edible and/or enhance taste is salt. However, salt is the primary source of sodium and increased intake causes hypertension and consequently heightens the probabilities of stroke, heart attack and other related cardiovascular ailments.

The average salt consumption for a healthy Chinese is 10.5 grams as opposed to the recommended 6 grams as per the Chinese Dietary Guidelines (World Health Organization). This higher than optimal quantity of salt utilization has been attributed in addition to putting salt in home cooked food and at the table (such as soy sauce, fish sauce and table salt), increasing eating of packaged food combined with lower consumption of fresh fruits, vegetables, dietary fiber like whole grains.

The diet part is in particular significant given the high dietary risk. The Food Sustainability Index, a weighted average of indicators in the health and nutrition category, has been created by the Economist Intelligence Unit and the Barilla Centre for Food and Nutrition (BCFN). China ranks 21 among the 38 countries for which the Nutritional Challenge Index has been created also by The Economist.

The enormity of role of salt in determining people’s healthy diet and consequently healthy years of life acquire prominence when coupled with the facts that China’s population is aging quite rapidly and elderly are more susceptible to hypertension and other cardiovascular diseases.

Moreover, reduction of salt is considered as one of the most cost effective strategies to improve health outcomes and reduce number of deaths. World Health Organization estimates 2.5 million deaths globally could be prevented if salt consumption is reduced to the recommended level.

Expectedly, World Health Organization in collaboration with the local organizations and with the Chinese government has initiated public service campaigns to increase knowledge, awareness and support to homes, schools, work places and the food industry to reduce amount of salt.

The State Council as part of the Healthy China 2030 Initiative has set a goal of reducing the salt intake by 20%. Also, at the forefront of recognizing the urgency of reforming the food industry to align with ensuring a sustainable production of healthy food is the Barilla Foundation as evidenced by its unveiling of the report, ‘Fixing the Business of Food, the Food Industry and the SDG Challenges’ on September 24, 2019.

In addition to the advocacy and the activism aspects, an area that demands a careful assessment is governmental expenditure on health care. The slowing of economic growth coupled with the shifting demographics toward the elderly enhances the urgency of planning for the future.

It is estimated that government expenditures on health would increase three times to about 10% of the GDP by 2060 (The World Bank and World Health Organization 2019). This is all the more critical considering illnesses such as hypertension that are usually a consequence of high salt consumption. As hypertension does not cause symptoms at the early stages, it can easily go undiagnosed.

In China it is estimated that only 13.8% of the 270 million people who have hypertension have the disease managed (World Health Organization). Thus, it is pivotal to focus on both preventative and curative measures with respect to the occurrence of illnesses caused by unhealthy dietary lifestyle that include high salt consumption.

Not doing so implies high cost to the society with respect to loss of productive years through death and/or disability. Based on China’s compliance with the mission of World Health Organization and Sustainable Development Goals (SDGs) that are founded on the ambition of ‘leaving no one behind’, it appears that China is committed to the goal of reducing the salt intake within the next decade as part of the larger initiative of providing a healthy productive life to all of its citizens.