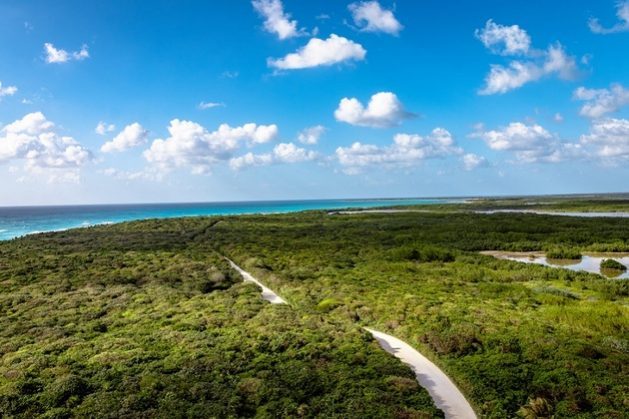 WASHINGTON DC, Dec 5 2019 (IPS) - Protecting and restoring natural areas in Latin America, home to fifty percent of the planet’s biodiversity and over a quarter of its forests, is critical if the world is to avert a biodiversity and climate disaster.

Scientific reports have confirmed that urgent action is required to turn back the tide on these twin crises. The best available science also confirms that, coupled with drastically cutting green-house gas emissions from fossil fuels, changing how we use land and ecosystems can help avoid a biodiversity freefall and prevent the worst impacts of climate change.

Latin America’s biodiversity has plummeted in the last forty years and the region is already experiencing the impacts of climate change first hand. Failure to protect and restore the region’s natural resources is not a viable option—for the region nor the world.

Fortunately, countries in the region are making progress on both counts and could help forge a path that supports human wellbeing by protecting natural systems.

COP25 is an opportunity for Latin American countries to demonstrate their commitment and ambition in this area.

Scientists recommend that we protect 30 percent of the earth’s lands and 30 percent of its oceans by 2030 (30×30) to put the world on track toward a climate resilient future and restore critical ecosystem services.

This is an ambitious, yet realistic and necessary path where Latin America can demonstrate its leadership. According to World Bank data, Latin America and the Caribbean already has a greater percentage of land (23.4 percent) under protected status than the world average (14.7 percent).

Several countries, including Ecuador, Panama, and Peru, have already met or surpassed the Convention of Biological Diversity’s (CBD) target of protecting 17 percent of terrestrial areas by 2020. Others, like Costa Rica, are very close to meeting the 30 percent goal scientists are calling for, or indeed have already met it. The World Bank’s data also shows that marine protected areas represent 17.5 percent of the region’s territorial waters. Several countries including Chile, Colombia, and Mexico have met or surpassed the CBD’s target of protecting 10 percent of coastal and marine areas by 2020.

However, there is still work left to do  to meet the scientific recommendation of protecting 30 percent of global marine areas. Among other things, it will be key to ensure ocean protections focus on the right places and provide the right safeguards. Countries in the region that already protect significant portions of their territory, or are working to expand protections, are well placed to help drive forward high ambition internationally.

At the third regional congress on protected areas held in October in Lima, Peru, participants from local governments, indigenous communities and civil society representing 33 countries issued a declaration committing to “improving the management of protected areas and other conservation strategies…to conserve what we have, and to recover what we have lost, in order to guarantee development, enhance wellbeing, health, cultural expressions and life in cities.”

The event generated inputs and recommendations for global climate and biodiversity discussions. A key contribution from the region is the experience of Indigenous Peoples who have been shown to be the best custodians of the region’s forests and biodiversity treasures.

The region has also seen a number of innovative approaches to conservation including payments for ecosystem services, agroforestry, community forestry concessions, and privately led protected areas.

The potential for nature-based solutions in Latin America is vast. The Special Report on Climate Change and Land, released by the IPCC  last August made it abundantly clear that sustainable land management is vital to limiting warming to 1.5 degrees Celsius.

Countries in the region can lead on identifying and implementing nature-based solutions that help combat climate change, preserve biodiversity stocks, and strengthen the resilience of communities. In turn, the international community should support these efforts by directing technical and financial resources toward these solutions.

Nature based solutions focus on protecting, managing and restoring natural areas to provide environmental and societal benefits. In Latin America, preventing the degradation, disturbance and deforestation of the region’s forests avoids climate-warming emissions from entering the atmosphere, while also protecting critical local water and species.

Similarly, protecting and restoring mangrove forests in northern South America, which harbor nearly as much “blue carbon” as mangroves in Asia, brings mitigation benefits while protecting communities from storms and flooding. And in places prone to drought and wildfire, well managed natural grasslands store carbon in their root mass while also replenishing water reserves.

Failing to act with urgency is not an option. The region has lost 89 percent of its vertebrate wildlife populations since 1970 (compared to the 60 percent for the entire planet). Conservative estimates from ECLAC put the economic cost of climate change for the region at between 1.5% and 5% of the region’s GDP by 2050.

Implementing nature-based climate solutions and equitably distributing their costs and benefits are one way that Latin American countries can ensure the well-being of citizens and build more just and equal societies.

An opportunity for renewed leadership at COP25. The nature and climate nexus is poised to be an important part of the conversations at COP25 in Madrid, Spain over the next two weeks.

The COP presents an ideal opportunity for countries from the region to establish themselves as leaders—or laggards—on nature-based climate solutions and the target of protecting 30 percent of nature that science recommends, and humanity’s well-being requires.

This story was originally published by NRDC