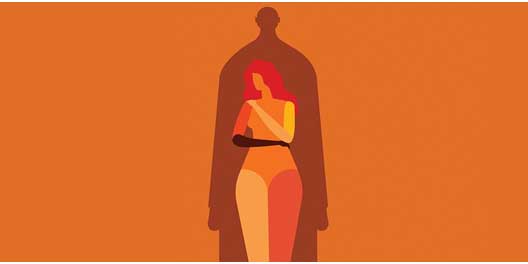 NEW YORK, Jan 14 2020 (IPS) - To live in a home with family, to have a safe environment, food and basic human necessities, are some of the essentials that most people expect to have without giving it all much thought. When a child is born, parents or caregivers are likely to provide these things. These expectations get renewed whenever someone gets married and moves to a new home, a different neighborhood, or a city. We can hardly find someone who will say that they were not expecting happiness and safety when stepping into a new relationship, or starting a new chapter of life. But these expectations of a better life turn disastrous for millions of people when they step into another country as a dependent.

For most immigrants coming to the United States of America, it seems like a golden gate to happiness, safety, security and all the perks of life. First generations of immigrants come with a mentality of struggling and achieving their dreams while maintaining their traditional and cultural ways.

They invest in making their dreams come true, but at the same time, they long for the lost traits of their old home and societal practices as they adjust to new ways of life. They try to hold strongly to their roots and expect their children to be moral citizens of the United States, successful and accomplished, yet having a love for their home country which they, themselves left behind.

The second generation of Immigrants has their lives a little bit more sorted. They are given steadier lives compared to their parents, but in return, they face the constant challenge of adjusting to two types of very different societal paradigms and customs.

For instance, when it comes to people from the Asian community, the children born and raised in the United States, are expected to marry a girl or boy from the country of origin of their parents. The spouse is expected to be an ideal person who upholds family values and cultural norms.

Many times people from developing countries aspire to get their children married to someone who is from the United States, in hope of someday making their way into this country of dreams and in hope of their children having a better life. This mindset gives birth to a population of dependent spouses.

The spouses of the second generation, and sometimes even of the first generations who migrate to the United States are a unique segment of people who in most cases remain solely dependent on their partner to enter the United States and also for their livelihood after migration.

A portion of them integrate well into society, study and hold jobs eventually after the move. But the majority fails to spread their wings, becoming a burden and potential targets for abuse. They remain dependent on their spouses for a long period of time, and are severely governed by the spouses, in-laws and are forced to stay imprisoned in their own homes.

The real scenarios, truth, and consequences remain in a gray zone, silenced and hushed. Women become victims of other’s high expectations. They become the means by which others carry out frustration.

To understand such domestic violence, even if we listen to the voices of the immigrants’ wives and women, we will only get to see only a fraction of the picture. The numbers of reported abuse and violence against women are alarming as is.

In a study carried by the United Nations Office of Drugs and Crimes in 2019, it is estimated that of the 87,000 women who were intentionally killed in 2017 globally, more than half (50,000- 58 percent) were killed by intimate partners or family members, meaning that 137 women across the world are killed by a member of their own family every day.

From the Global Database on Violence against Women, some national studies were done and it shows that up to 70 percent of women have experienced physical and/or sexual violence from an intimate partner in their lifetime.

The United States is a developed first world country, provides benefits and assistance to anyone under threat and abuse, and that is a relief to hundreds of people.

Thankfully, it is the existence of the various organizations, NGOs, governmental institutions and social workers that many women and children seek assistance and are saved from the grave and severe situations at home.

However, the number of people seeking out or coming across help is very little and may be viewed as the tip of an iceberg. The segment of victimized individuals mostly lives under the poverty line, not mixing much with the society and remaining invisible for most parts. The language barrier, lack of friends and family in this country, helplessness, and void of financial stability makes matters exponentially worse.

Their passports, social security cards, certificates or any other important documents are held by the partner or by the families they come into. They are constantly harassed and intimidated by threats of abandonment, emotionally and mentally tortured, their children are threatened to be separated and harmed if they communicate with others, and their entire financial situation is monitored and handled by the abusers. Many times it is heard that the abusers threaten to harm their family back home too.

I myself am a survivor of 15 years of emotional, financial and physical abuse by my partner. I am also an immigrant woman and mother of three daughters. My children and I were abandoned in Asia, despite being citizens of the United States of America.

We were barred from coming back, denied access to our home in the United States of America, and left without any sort of financial help. Moreover, I faced identity theft and my social security details were compromised after being announced deceased by my spouse.

From my own personal journey, starting from the detection and identification of abuse, speaking up and seeking help, reaching out to the proper authorities, participating in therapy and counseling for myself and for my children, going through phases of self-restoration and healing periods, and lastly through rebuilding our lives, I have gathered valuable insights about patterns of abuse and overcoming it.

I have been working closely with various organizations in New York City and have met and talked with hundreds of women who are victims of abuse by their spouses, partners, and family members, and are from immigrant families.

I have volunteered and sought help from organizations named SAKHI: for South Asian Women, Safe Horizon, Chaya CDC NYC, Sanctuary for families, Safest community-based NGO in Bronx, WOMANKIND: I am Womankind, and with Make the Road New York.

I wish to shed some light on the topic of domestic abuse among immigrant women of the Asian demographics from my personal point of view and experiences. It is my hope that others can be brought to awareness through the sharing of my story, and through the discussions of the root causes that can cause these situations.