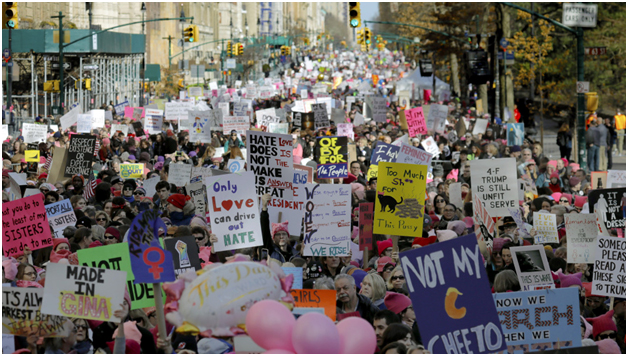 NEW YORK, Jan 20 2020 (IPS) - The streets of New York city were the center of the fourth annual Global Women’s March when tens of thousands of women, along with men, joined hands to defend and advance the cause of women’s rights worldwide.

With Foley Square in downtown Manhattan as the epicenter, the march not only highlighted the #MeToo Movement against sexual harassment but also focused on climate change, reproductive rights, racial discrimination, anti-Semitism, disability rights, immigration and gay and lesbian rights.

The signs displayed by some of the demonstrators were a reflection of the day’s rebellious mood: “Get your Hands Out of My Body”, “Women Strike Back”, “Real Men are Feminists” and “Women’s Rights are Human Rights”.

The political twists were equally visible, with one sign which read: “Jail to the Chief”.

At Times Square, where demonstrators were more boisterous, Senator Chuck Schumer (D-New York) addressed the crowd extending his support to the women’s march.

There was also a large gathering at Columbus Circle featuring performances and speakers.

Worldwide, there were millions of women and men who marched in 24 countries, including in Asia, Europe, Africa, Canada and Latin America. 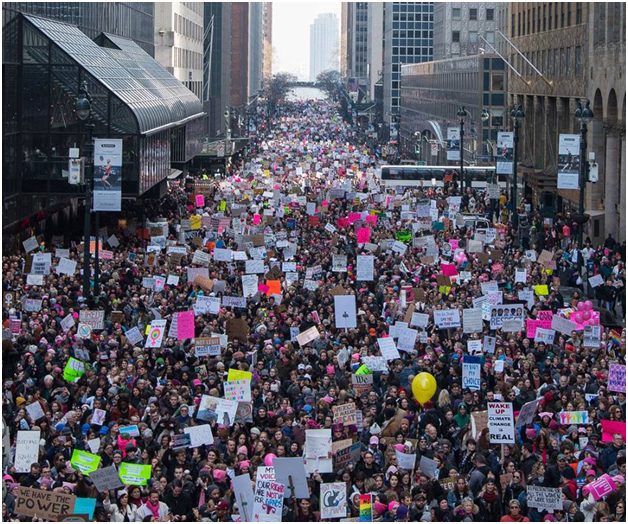 “We each March for our own reasons. But we know there is not just one issue to March for. This is because all oppression is connected.” said Women’s March Global Executive Director Uma Mishra-Newbery.

With the raging bushfires burning, Australia skipped this year’s March. But Women’s March Sydney released a statement directing people to donate to “First Nations” indigenous communities affected by the bushfires. Women’s March Saskatoon was fundraising for the same charity in solidarity.