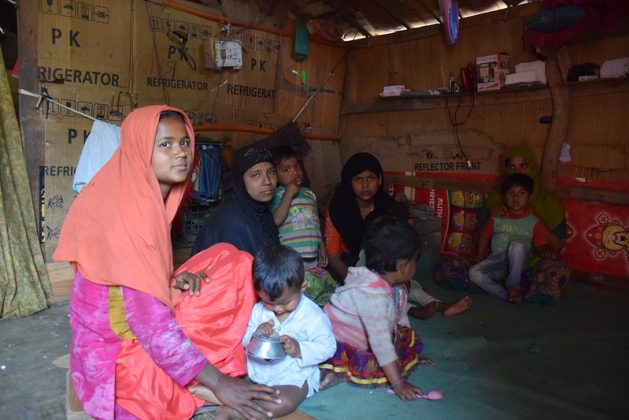 UNITED NATIONS, Jan 20 2020 (IPS) - University of California professor E. Tendayi Achiume, who is a United Nations Special Rapporteur, has recently offered her assistance to the Indian Supreme Court in a long hearing about India deporting Rohingya refugees to Myanmar.

The hearing, which began in 2017, has this update at a crucial time when the world’s largest democracy is reeling from citizenship rulings that explicitly exclude Muslims from certain neighbouring countries.

Achiume, who is a U.N. Special Rapporteur on Racism, Racial Discrimination, Xenophobia and Related Intolerance, submitted the application to the Supreme Court on Jan. 10, according to local news agency The Wire.

“Litigation schedules are long and complex, and the timing of my filing reflects that,” Achiume told IPS this week, in reference to why she made her application at this time.

According to the Wire, which reviewed the application, Achiume did so in order to “aid the court in upholding India’s obligations under various international law instruments and principles to which it has committed”.

In 2017, when the hearing began, the Indian government, responsible for the current crisis in Kashmir as well as the Citizenship Amendment Act, told the court that Rohingyas pose “a threat to national security”.

Two years later, this sentiment remains relevant given the recent citizenship ruling as well as the crisis in Kashmir have stoked further anti-Muslim rhetoric in India. In the past, Indian Home Minister Amit Shah has used similar rhetoric of “threat” to national security against Bangladeshi immigrants in the country.

Last week, at the launch of 2020 World Report Human Rights Watch (HRW), the organisation’s head reiterated that the current rulings in the country are discriminatory.

“We are extremely concerned about the anti-Muslim drift by the Modi government,” Kenneth Roth told IPS at the launch where he also blasted Aung San Suu Kyi for her defence of Myanmar’s practices against the Rohingya population in the country.

While the recent rulings do not directly affect Rohingyas from Myanmar, the current anti-Muslim sentiment heightened by these rulings adds another layer of complication for a community that is known to be largely Muslim and has their share of challenges already.

As it is, the Rohingya community already is vulnerable to discrimination in India. India’s decision to deport Rohingyas “raises critical issues as to its compatibility with these instruments and principles of international human rights law,” Achiume wrote in the application.

“In India, Rohingya face protection risks due to difficulties in obtaining legal documentation and access to basic services,” Kathryn Mahoney, Senior Communications Officer at UNHCR told IPS. “UNHCR is also aware of instances of arrest and detention of Rohingya refugees and asylum-seekers at the border.”

This already festering sentiment against the Rohingya, when viewed under current circumstances, can prove grave for the community.

“I believe there is strong reason to believe there are heightened concerns for Rohingya and others in the current legal and political climate that is fostering intolerance and discrimination against Muslims,” Achiume told IPS. “India’s judiciary has an important role to play in upholding the country’s human rights commitments.”

In their statement to IPS, UNHCR reiterated the urgency with which forced repatriation efforts by India must be stopped for the Rohingya community that still remains vulnerable to violence and displacement in Myanmar.

“UNHCR is deeply concerned by the return of Rohingya asylum-seekers from India to Myanmar, who may be at risk of serious human rights violations or persecution,” Mahoney told IPS. “UNHCR does not believe that current conditions in Myanmar are conducive to the safe and dignified repatriation of Rohingya refugees.”