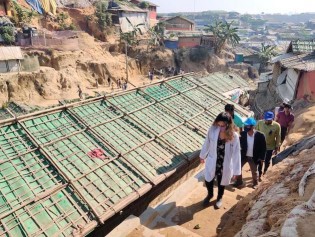 By James Reinl
Movie star Cate Blanchett and businessman Richard Branson spoke up this week for the millions of people around the world who cannot get passports and other papers because they lack an official nationality.

By Naimul Haq
In late August, Mohammad Saifuddin (not his real name), together with his wife, three daughters and son, fled the carnage of communal violence in western Myanmar’s Rakhine province and headed for the border of neighbouring Bangladesh.
Next Page »
ADVERTISEMENT ADVERTISEMENT