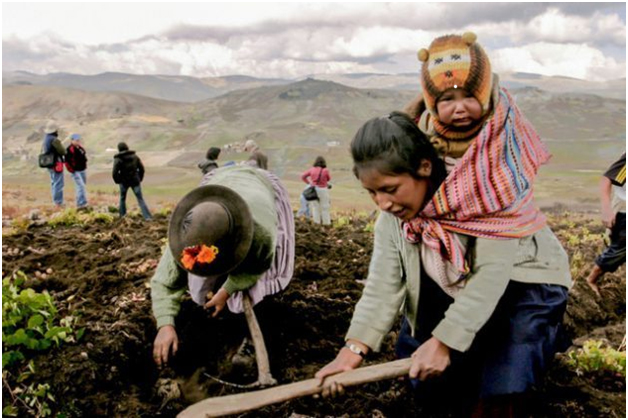 WASHINGTON DC, Feb 20 2020 (IPS) - Making sure that opportunities to enter the workforce are fair and rewarding for women benefits everyone. Yet, the average female workforce participation rate across countries is still 20 percentage points lower than the male rate, largely because gender gaps in wages and access to opportunities, such as education, stubbornly persist.

When governments actively promote policies to increase female labor force participation, more women do indeed join the labor force. Most measures pay for themselves in the long run without additional costs for governments and the added bonus—a larger workforce leads to higher economic activity and growth, which generate additional tax revenue for the country.

Since the mid-1980s, at least 80 countries across all levels of development and regions have adopted fiscal policies to promote gender equality. Previous IMF research suggests that in advanced economies, when governments actively promote policies to increase female labor force participation, more women do indeed join the labor force.

Canada, Czech Republic, and Sweden, for example, have witnessed a substantial increase in women’s paid work when the countries switched to using individual rather than family income taxation.

For low-income and developing countries, programs aimed at reducing gender gaps in education, particularly for secondary and university education, have supported more economic opportunities for women.

Other effective fiscal policies, such as better infrastructure, decrease the time spent on unpaid care work, while providing more women the choice to enter into paid employment.

The bottom line is that greater gender parity at all levels, from unskilled workers to top management positions, can also foster the creation of new ideas—leading to higher productivity. 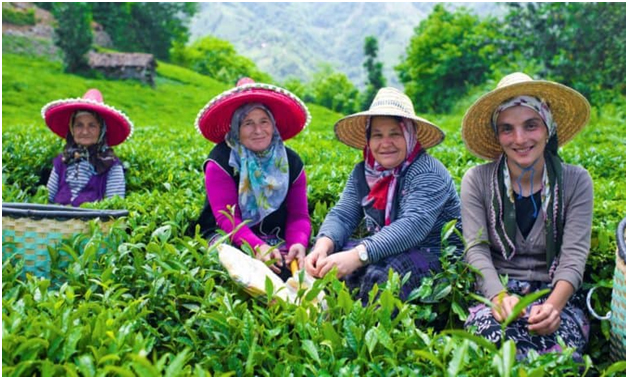 Policymakers face difficult choices every day, given limited room in the budget and competing demands. These choices often come down to investing in schools or roads, introducing new revenue measures, or offering free, high-quality childcare.

Here, policymakers must consider not only what happens to economic growth, but also how these policies can reduce income and gender inequality.

To help with these decisions, our recent analysis examines how policies designed to increase women’s labor force participation can accomplish multiple economic and social goals.

We find that some gender-responsive fiscal policies increase labor productivity and in turn, sustainable growth. Take for instance, an effort to reduce the gender gap in literacy rates.

In low-income countries the average literacy rate of men is about 70 percent while it is only 54 percent for women. But if fiscal policies can be used to close this gap, then women’s productivity increases and ultimately, more women are equipped for jobs in more skill-intensive sectors.

Labor-saving infrastructure, such as greater access to safe water, frees time, particularly for women. For instance, in Malawi, women on average spend 54 minutes a day collecting water. Better access to infrastructure means that women may then choose to pursue paid work.

Removing tax distortions for the earner in the family with the lower wage, usually the woman, by changing the personal income tax structure from a family to an individual system creates incentives for more women to work, and with greater diversity in the workforce, fresh and innovative ideas can boost productivity.

Not all gender-responsive fiscal policies benefit women equally. Subsidizing childcare and providing paid maternity leave would have a greater impact on poorer women because they typically face higher childcare costs relative to their income.

For example, in the US, poorer women spend 17.4 percent of their income on childcare compared to 7.8 for richer women.

Time horizons matter too. A mix of measures could help support economic goals in a sustainable manner while tackling immediate social needs.

For example, investing in education to equip girls with the same skills as boys would boost women’s human capital while shaping future labor productivity. In the meantime, cash transfers that target poorer working women may help reduce poverty and inequality.

Our research shows that tackling gender-biased social norms is crucial. In fact, removing discriminatory practices and addressing social norms amplifies the positive effects of gender-responsive measures. Not only would this improve human rights, but it also would help promote women’s economic empowerment.

According to the Organization for Economic Co-operation and Development (OECD), discriminatory laws and social practices reduce women’s years of schooling by 16 percent and decrease labor force participation by 12 percent, resulting in a global income loss of 7.5 percent of the global GDP.

Progress in some countries is encouraging. For example, under the Promundo initiative, 34 countries have introduced programs to engage men and boys on gender norms with participants responding very positively to the initiative.

Real changes are happening. Still, we have a long way to go to make the world a place with the same opportunities for men and women. Policymakers and citizens working together can foster equality, equity, and brighter prospects for all, and ensure that gender equality becomes a reality in all of our lifetimes.

IMFBlog, where this article was originally published, is a forum for the views of the International Monetary Fund (IMF) staff and officials on pressing economic and policy issues of the day.

The views expressed are those of the author(s) and do not necessarily represent the views of the IMF and its Executive Board.