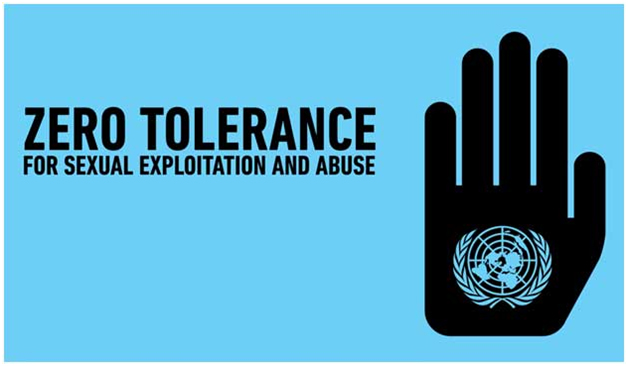 LONDON, Feb 13 2020 (IPS) - Online sexual exploitation is a global epidemic that is increasing at an alarming rate.

At any one time, 750,000 individuals across the world are looking to connect with children and young people online for sexual exploitation. The expansion of the Internet, advances in information and communications technologies (ICTs), and the development of increasingly sophisticated digital tools that provide anonymity, mean that the number of potential victims is growing exponentially, and so too is the pool of those seeking to abuse them.

An investigation by The New York Times on how technology companies and the US government are being overwhelmed by this epidemic found that a record 45 million online photos and videos of child sexual exploitation were reported by US-based technology companies to the National Center for Missing and Exploited Children (NCMEC) in 2018.

And the problem is getting worse. In 2019, record-breaking 70 million total images and videos were reported to NICMEC, an enormous increase on the 1.1 million it received in 2014.

Children and young people are especially connected online. One in three Internet users worldwide are under the age of 18 years, and with availability and accessibility continuing to improve, more and more children own or have access to Internet-enabled smart devices.

Technology is also making children contactable around the clock. Young people across the world are spending an increasing amount of time online, and in the US, teenagers are now engaging with screen media seven hours per day on average.

Accompanying this is the expansion of social media, which has created a plethora of new opportunities for would-be offenders to connect and interact with children anonymously and unsupervised.

Adolescent girls are particularly vulnerable to sexual exploitation. They are subjected to a double layer of discrimination because they are young and female, and are sexualized from a young age, both in the way society treats them and in how the media portrays them.

Sexualized images of girls and young women are ubiquitous in advertising, merchandising, and the entertainment industry. All this perpetuates gender stereotypes that can negatively impact the developing body image and self-esteem of girls.

Social media has amplified these long-standing pressures, pushing girls to conform to particular sexualized narratives, and leaving them especially vulnerable to sexual exploitation both off and online.

IWF took action over 124,605 images found online between January and November 2019. Over three-quarters of these images (78 per cent) featured children aged 11 to 13, most of whom were girls.

Adolescent girls are particularly at risk of being groomed, coerced, or blackmailed into providing explicit images and videos, often via webcams, which can then be posted online and shared via networks operating across the world.

In some instances, children are sending videos and images to their peers on smartphones and via social media platforms. For the most part, this content will remain with the person it was intended for, but sometimes material is passed onto others. Once online, it is almost impossible to control where it ends up or stop its spread.

Victims can be left feeling sexually violated, powerless, socially isolated, and stigmatized. A range of mental health problems are associated with this, including PTSD, anxiety, depression, and suicidal thoughts.

Exploited children are at a heightened risk of becoming exploited and vulnerable adults, and as victims reach the age of majority, they no longer have the legal protections afforded to minors in different legal and policy contexts.

Particularly disturbing can be the ongoing sense of re-victimization arising from images of abuse being shared repeatedly across the digital landscape and viewed multiple times by countless people.

Frequently, requests asking for content to be removed are ignored, or image taken off one online platform, soon reappear elsewhere. This can feel like ongoing sexual assault, casting a long shadow that can have a profoundly damaging impact continuing into adulthood.

Commendable efforts in progress, but more challenges to overcome

Governments, technology companies, research institutions, civil society organizations, donors, and many others are rising to the challenge and are providing various examples of successful interventions and innovations.

In 2009, Microsoft partnered with Dartmouth College to develop PhotoDNA, a technology that aids in locating and removing online child abuse content. Today, PhotoDNA is used around the world to detect and report millions of illegal images. It works by creating a unique digital signature of an image called a “hash”, which is similar to a fingerprint.

The hash can then be matched to copies of the same image so they can be located and removed by governments and tech companies.

Organizations such as NetClean and Thorn are harnessing the power of technology to create tools to assist law enforcement, tech platforms, and civil society organizations in identifying illegal material online, track exploiters, and bring them to justice.

The Global Threat Assessment by WePROTECT Global Alliance to End Child Sexual Exploitation Online has brought together governments, the tech industry, and NGOs to galvanize global action, increase understanding about the nature and scale of the problem, and develop and implement strategies.

These efforts are commendable and have begun to make inroads. However, the globalized nature of online sexual exploitation, combined with it continuously expanding and evolving landscape, means we still face enormous challenges and new obstacles.

Not everyone around the world is being afforded the same protections. International women’s rights organization Equality Now is undertaking a review of existing international and regional legal frameworks relevant to online sexual exploitation to understand in greater detail the practices, gaps, and opportunities.

Technological solutions need to work alongside legal and policy solutions, but existing legal frameworks are diverse and inadequate. In many countries, legislation and law enforcement have failed to keep up with cybercrime, and some governments have not yet prioritized the threat or have limited resources to invest in infrastructure and safeguards to protect vulnerable people.

Exploiters and the online platforms they use operate across national borders, and legislation has not been updated to adequately address issues regarding legal jurisdictions. For instance, any website – whether a large multinational company, one set up specifically to facilitate exploitation, or any other platform – may use servers located in various locations overseen by different legal authorities.

Other difficulties arise from balancing the rights to privacy and freedom of expression with the need for regulation that protects vulnerable people from exploitation.

Analysis of the problem, and identification and development of solutions, needs to include a gendered lens so that the specific vulnerabilities and needs of adolescent girls are considered and addressed.

Teenage girls often fall through gaps in the law, leaving them without the same basic protections that are in place for younger children, meaning they are less safe, less likely to be given support, and less likely to receive justice if their rights have been violated. They are also commonly blamed or even criminalized instead of being treated as victims of trafficking and sexual exploitation.

The global and complex nature of online sexual exploitation requires that all of us come together to find solutions. This involves applying a gendered lens to research and understanding how the Internet and technology are being misused to facilitate sexual exploitation.

We need to formulate and adopt common international regulations or a global convention the layout the responsibility and accountability of all actors involved in the online sexual exploitation of vulnerable people. This involves having mechanisms in place to address new legal challenges as they emerge.

Crucial to success is having survivors at the center of discussions so their voices are heard and their perspectives inform and strengthen solutions. Listening to those with first-hand experience and documenting systematically what they have been through can help us identify what needs to change and put better protections in place so the world can benefit from an Internet that is safer for all. For media enquiries and interview requests please contact Sr.

*Equality Now is an international human rights organization that works to protect and promote the rights of women and girls around the world by combining grassroots activism with international, regional and national legal advocacy. Equality Now’s international network of lawyers, activists, and supporters achieve legal and systemic change by holding governments responsible for enacting and enforcing laws and policies that end legal inequality, sex trafficking, sexual violence, and harmful practices such as female genital mutilation and child marriage.

For details of our current campaigns, please visit www.equalitynow.org and find us on Facebook @equalitynoworg and Twitter @equalitynow.