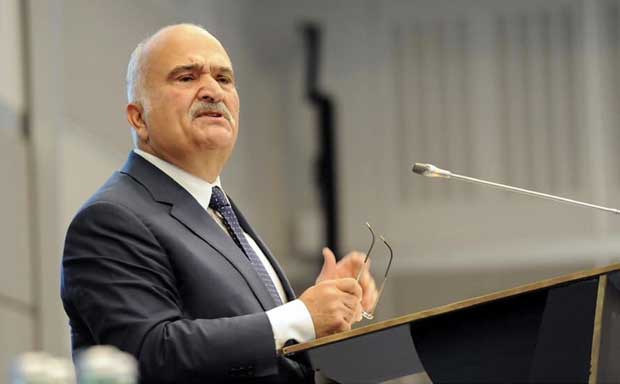 AMMAN, Jordan, Mar 26 2020 (IPS) - Humankind has outlived multiple pandemics in the course of world history. The kingdoms and states of Central and Western Europe abolished the institution of serfdom once it had become clear that medieval rule in the aftermath of devastating pestilence would founder without ending the dependency and servitude that characterized the Dark Ages. The vulnerability of entire nations to the risk of total collapse in the absence of widespread access to the most basic healthcare in the Spanish Flu spurred governments to build the public health systems that have made the progress and development of the last hundred years possible. If the past is prologue, then continuity and survival command that we change.

We have more often than not banded together in the face of all kinds of threats. In all its ramifications, COVID-19 threatens to push our social, political and economic structures to the brink. Disease, recession and fright can rapidly overwhelm states and societies. Each coming day will bring increasing challenges that can only be met by caring for the sick, minimizing the impact of shutdowns on lives and livelihoods, securing the delivery of adequate water, food and energy supplies, and racing for a cure. Success – as in an asymmetric conflict – rests on resilience. To contain the socio-political and socio-economic fallout from the crisis, policymaking efforts should center on human dignity and welfare as the bedrock of national and international security.

The most vulnerable members of society in some parts of our world are those on the front lines of the crisis: the doctors, nurses, care-givers, pharmacists, sanitation workers, farmers, supermarket cashiers and truck drivers whose courage, sacrifice and dedication will see us through the next 12 to 18 months of expected lockdowns. In the absence of state support, what will happen to the hundreds of thousands of people who have already been laid off, while millions more face looming hardship as the numbers of layoffs grow? Some will continue to ignore the vulnerable and marginalized, those who have least access to humanitarian assistance, while others will continue to exploit them. The calls for social distancing have grown louder and more frequent over the last couple of days, and as we begin to separate from one other we must remember our humanitarian duty to each another.

Security, far from being individual, is collective and global. The current crisis calls for transcendent thinking between politicians on both sides of the aisle. Grey areas in politics in which zero-sum games and the perverse logic of mutually assured destruction proliferate will not protect and promote human dignity and welfare. Conservatives and reformers must now move beyond the tournaments and arm-twisting of politics. The logic of mutually assured survival cannot accept grey areas. If conflict resolution transcends political beliefs, nationality, ethnicity, gender, and religion, then human dignity and welfare is the benchmark of the humanitarian commitment to life.

Reliable brokers in the management of this crisis and other crises do exist as in the International Committee of the Red Cross and Médecins Sans Frontières. Corporate social responsibility requires developing a public platform of health facts so that people-to-people conversations and consultations can be promoted through civil society, the media and educational institutions. We cannot cherry-pick energy and climate change without talking about health or education and human dignity. Migrants and refugees must be an integral part of the national response for halting the spread of the novel coronavirus. The United Nations Economic and Social Commission for West Asia reports that 55 million people, in West Asia region, require some sort of humanitarian assistance and that the vulnerability of displaced women and girls is especially heightened in a pandemic. Post-conflict insecurity – whether in countries ravaged by war or across the urban centers and countrysides of advanced economies overwhelmed by disease – can only be addressed in the careful terrain mapping of humanitarian access. Yemen, Syria, Gaza and Libya are frighteningly vulnerable to the onslaught of epidemics – what will peace uncover there when the wars end?

Regional insecurity is heightened in the absence of cooperation, but the multilateral system is not at a loss in facing an existential crisis. European solidarity has been sharply damaged by the onset of widespread disease although China is performing through the swift and effective action that has come to the aid of the people and government of Italy. Multilateralism today can only be revisited with a focus on the interdisciplinary priorities of the twenty-first century that include addressing the need for a Law of Peace. We draw humanitarian concessions from the law of war in times of conflict, but have no recourse to legal instruments that can secure the dignity and welfare of all in times of peace.

The current crisis is as much a global health crisis as it is a crisis of the globalization that has come to undermine the foundations of modern society with its rampant inequality and rising injustice and which threatens the very survival of our species with climate change. The planet that we share with other organisms is fragile and prone to crises. A resolution to our predicament will take nothing short of extending the ethic of human solidarity beyond the contours of our immediate response to the outbreak of COVID-19. Real success lies not in the taming of a pathogen or in re-discovering the value of compassion, respect and generosity, but in institutionalizing these values in the days, weeks and months ahead.