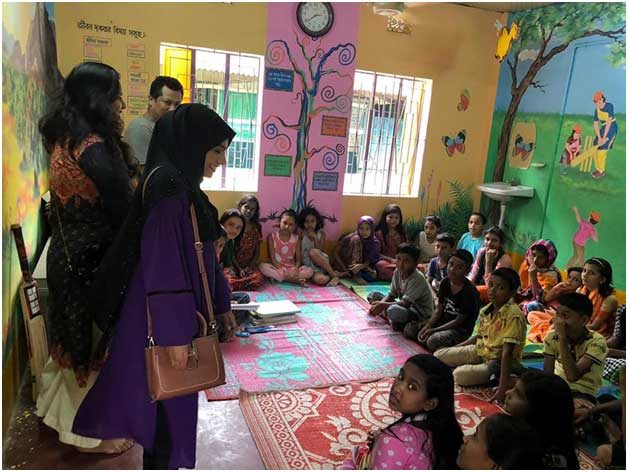 NEW YORK, Mar 16 2020 (IPS) - When you flip through grade one Bangla school textbooks there is very little written about the progress women have made in Bangladesh since the Beijing Conference for Women in 1995.

Although women’s participation in the labor force and in leadership positions increased over the past decades, gender stereotyping is a norm and gender equality is still an elusive idea. Often women are shown through illustrations in school text books as homemakers and teachers. Girls are shown to be eating or serving food juxtaposed with boys who are happily illustrated playing the drum or the ‘tabla’.

How about changing these illustrations to show more women in the many other professional fields where they are increasingly taking on important roles? The narratives accompanying the illustrations must change, bringing a lifelong mindset change in our children, making gender equality a normal feature in the future.

At HerStory Foundation storytelling is used in its varied forms because stories have the power to change beliefs and actions to move towards gender equality. We are creating books for children, so they believe in their potential to be responsible and independent citizens of this world.

When it comes to women’s rights, Bangladeshi women face disadvantages on many fronts, from access to health services, violence and rape, economic opportunities to access or control of finances.

What causes this disparity? According to a study by BRAC Institute of Governance and Development, more than half (54%) of the country’s youth say they do not have a role model. Young women, in particular, are less interested in having a role model in their lives compared to young men. In addition, rural youth are “significantly less interested in having role models compared to urban youth.” The most shocking of all is that more than 70% of youth with limited or no education could not state a role model in their lives.

Our work focusing on gender equality and quality education has taken me to different classrooms across Bangladesh. On many occasions we asked rural school children what they aspire to be when they grow up. The responses almost always range from being an engineer or a doctor for boys and a teacher for girls. Sometimes the boys will say they aspire to be a cricketer or a pilot. Very rarely do girls say that they want to be engineers or pilots.

Gender roles are so deeply ingrained in these children’s psyches, they cannot be blamed for not being able to imagine a world where they too can be or do more than the prescribed or imposed career thoughts set by society.

These children are unable to dream beyond the set ‘career paths’ because they have not been exposed to other role models. The stories they are told, the textbooks they read only talk of ‘history’ or ‘his’ story ; women are sadly not in the picture.

Local textbooks, apart from serving curricular goals, have the responsibility to portray, in equal measure, the social and historical roles played by both men and women in the country. However, there is a staggering lack in female representation. One look at textbooks in Bangladesh shows that women are underrepresented or missing from the overall picture. 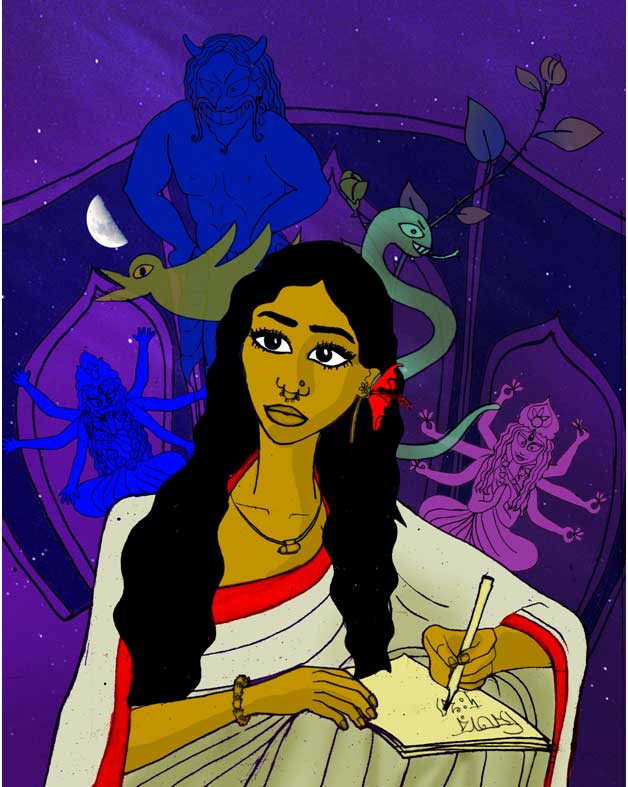 The marginalization of women in both public and private spheres remains a pressing concern. Women are still underrepresented across sectors, oppressed by discriminatory laws and processes and still held back by social barriers perpetuated by patriarchal mindsets. This means that the challenge must be addressed through creative and diverse means in order to influence individual and community level change.

On the contrary, history of Bangladesh is full of stories of powerful, trailblazing women in unconventional roles: from the astrologer Khana who continued her work despite having her tongue slit to PritilataWaddedar, the Bengali revolutionary and rebel leader who led a group of fighters to end British rule in 1932. Even in contemporary times, we are seeing women triumph and excel in what was reserved for men only – mountain climbing to weightlifting. Mabia Akhter is Bangladesh’s award-winning weightlifter while Nishat Mazumdar its first female Everest summiteer.

Two years ago we formed a small team to produce the HerStory Trailblazers exhibition for International Women’s Day bringing together 20 female artists to create 20 portraits of Bangladeshi female trailblazers. The intention was to build an archive of women’s stories through interviews and ongoing research to examine how far women in Bangladesh have come, and what more needs to be done.

The response and feedback to the educational exhibition was overwhelming and brought to light the lack of content on female history. Through this exhibition, we identified a cultural blind spot and the demand for gender equality in history and storytelling. This was the beginning of our journey as development content creators.

Following this exhibition we moved to create an illustrated children’s book based on the biographies of 20 Bangladeshi Supergirls: HerStories: The Adventures of Supergirls. Today, HerStories is available in both Bangla and English. Written for children of different ages, the books feature 42 Illustrated stories about trailblazing women from ancient Bengal to present day Bangladesh. The books showcase positive female role models so that young girls can aspire to dream big and boys can develop respect and understanding.

Although there are scores of women who have made significant contributions to the growth and development of Bangladesh, their stories, struggles, and influence are often missing or underrepresented in the media and in education curricula. Stories about the trailblazer women have the power to change mindsets.

As part of the Foundation’s work, we collect, preserve and tell stories about women who changed the rules of the game, thereby challenging gender stereotypes and rebuilding narratives through different mediums. By commissioning and featuring the work of female writers and artists we are also supporting and promoting female creative professionals and building meaningful support systems.

A story comes alive when read, and HerStories are brought to life in the classroom by readers and teachers through interactive story sessions and unique teaching materials. A Fellowship program for university students run by the Foundation helps to prepare them to be future leaders who will promote gender equality in every sphere they operate in. These students are trained to share the adventures of Supergirls with grade three young readers. During the session they learn about passion, determination, challenges, justice and also cricket !

The positive reinforcement of storytelling helps to nurture empathy, respect and self-reliance. Readings are engaging, entertaining, and inspiring, encouraging the children of tomorrow to aspire for greater heights and be aware of the whole range of career paths available to them.

While the read-alouds help dispel gender bias among children, more work is required in terms of having more female voices heard. In 2019, we launched ‘Taramon’, a media platform for and by women which aims to inspire, inform, and engage women of different ages and backgrounds by providing interesting and informative written and visual content that can help women navigate their various social and personal challenges.

‘Taramon’ is a space for women to express themselves, showcase their successes, and build a supportive network. The blog content generates discussion and challenge sexist social narratives by presenting a female perspective – something that hasn’t been done before or on this scale.

The HerStory Foundation’s work has the central element of sharing and telling stories and encouraging discourse on women, two vital catalysts of change, especially when it comes to propelling women’s rights and bringing these to the forefront.

Holding fast to the belief that storytellers and artists are catalysts of change, we have learned that the way forward is to work on the challenges of social norms and prejudices, introducing narratives about unity, inclusion and diversity through more stories, or by documenting those women’s voices that have been silenced for generations.

The writer is founder of HerStory Foundation (www.herstorybd.org).