SINGAPORE, Apr 16 2020 (IPS) - COVID-19 has disrupted supply chains that are essential to assure food security in the Asia Pacific region, yet countries overall seem to have managed, so far, to keep supermarkets stocked with food and feed those who can afford it.

The Asia Pacific region is home to over 60% of humanity and also contains sub-regions with among the highest frequencies of severe weather events and some of the most challenging environments for agriculture. As a region it is characterized by diverse food systems and a multiplex of supply chains. Under normal circumstances, food security is already threatened by a multitude of factors. 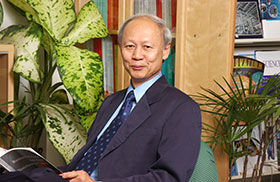 The COVID-19 pandemic has now become another factor with generalized impact across a swathe of countries. Ironically, it is fortunate that countries have not all been infected nor are they showing peak infections at the same time. This has thankfully provided windows of opportunity to tackle disrupted supply chains. It has also provided opportunities for later-infected countries to learn from the mitigation actions taken by countries affected earlier.

China has been at the forefront of the COVID-19 battle and the earliest to have taken broad action. Its total movement control or “lockdown” has been successful in containing the spread of the virus, although admittedly at some inconvenience. This “lockdown” approach has been adopted by other countries subsequent to the Chinese action but in most countries this has disrupted parts of the supply chain, in particular the food processing and transport sectors.

In India and elsewhere, agricultural produce are either being dumped, fed to livestock or left to rot. All because farmers cannot harvest their produce or transport them to market. In China and Malaysia, restrictions have been put in place to limit consumer access to supermarkets and other food retail outlets.

Capacity to transport food items between countries, either by land, sea or air has reduced further. This particularly affects countries which depend on imports as the key means of making food available, like the small island states.

Of greater concern in the Asia Pacific region is the disruption of crop planting, which in many countries and for important food crops like rice, is closely tied to seasons. The April-May period is critical for planting rice to replenish stocks. And several rice exporting countries, perhaps in anticipation of reduced future production, have already started putting restrictions on the timing and quantum of their exports.

Rice is important for food security in the Asia Pacific region and it behooves governments to remember the learnings from the 2007-08 crisis and not indulge in panic reactions such as restricting exports or hoarding. Both the Food and Agriculture Organization (FAO) and International Food Policy Research Institute (IFPRI) have projected sufficient rice stocks for the rest of 2020 even though the new rice season has been forecasted to produce slightly lower due to weather conditions.

In this regard, it is also important that governments view agricultural activities and farm workers as providing “essential” services and be exempted from some of the total lockdown measures. The example of China is worth noting, where special “green channels” at lockdown checkpoints allowed the passage of vehicles and people transporting agricultural inputs to grow new crops.

Another metric of food security is food affordability as measured by food prices. Overall, although there have been reports of price increases, governments appear to have been effective in preventing the price spiking seen during the 2008-08 crisis which led to civil unrest in over 47 countries. The increases mainly reflect supply chain delays rather than real shortages. At the macro level, the FAO Food Price Index for March 2020 has not shown increases except for rice.

The COVID-19 pandemic if allowed to run longer has potential to affect the nutrition aspect of food security. Asia is already home to the largest number of poor and hungry people in the world, according to FAO and the International Fund for Agricultural Development (IFAD).

Scenes of thousands of daily-paid workers in cities currently deprived of work in South and Southeast Asia, and not have the means to buy food portend the threat that hunger and under-nutrition may become more prevalent. In the rush to implement movement control, governments need to have ready safety nets to help this sector avoid food insecurity.

In January 2013, I attended an ASEAN High-Level Cross-Sectoral Consultation titled “Pandemics as Threats to Regional and National Security” in Manila and spoke on the “Impacts of Pandemic Disasters on Food Security.” I shared a framework that showed that the longer a pandemic lasted, the more players in a food supply chain would be affected, leading eventually to total paralysis.

Some of the interventions discussed in 2013 are currently being implemented, e.g. movement control, release from stockpiles, food price control. Warnings were also given to avoid export restrictions, hoarding or panic buying.

Some countries have learnt better than others in formulating responses, after having gone through the SARS and the 2007-08 food crisis. The sense of déjà vu reminds one of Santayana’s advice that those who do not learn from history are bound to repeat it.

Paul S. Teng is Adjunct Senior Fellow, Centre for Non-Traditional Security Studies at Nanyang Technological University Singapore and concurrently Managing Director of NIE International Pte. Ltd. Singapore. He has worked in the Asia Pacific region on agri-food issues for over thirty years, with international organizations, academia and the private sector.