Ambassador Anwarul K. Chowdhury is a former Under-Secretary-General and High Representative of the UN (2002-2007), Permanent Representative of Bangladesh to UN (1996-2001) and Chairman of the UN General Assembly’s Administrative and Budgetary Committee (1997-1998) 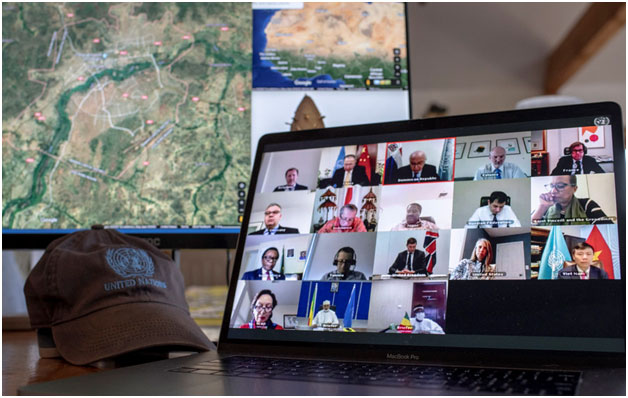 NEW YORK, Apr 17 2020 (IPS) - The current financial crisis, triggered as a result of withholding or delaying payment of assessed contributions by Member States, is nothing new to the United Nations.

We have travelled that road quite a few times in recent decades. No reason to panic. The past crises have been somehow resolved in a manner that UN soon went back to business as usual mode.

The discussions and suggestions for avoiding such situations in the future were forgotten very quickly. This is true for the Member States as well as the UN Secretariat leadership. Such forgetfulness and lack of serious attention to lessons learned actually serve narrow parochial interests of both sides.

Today’s financial and liquidity crisis is not caused by recent withholding of payments by a few major contributors for political reasons. Outstanding contributions for UN’s regular budget have reached $2.27 billion this month.

Peacekeeping operations also face increasing liquidity pressure as the outstanding contributions for that area are approximately $3.16 billion. These accumulations have been building up for some years.

Why no extra effort was made by all sides well ahead of time to avoid the current panic? The situation has now got complicated by the ongoing COVID-19 pandemic. Inherent parochial approaches prevalent in any reform exercise for financial, budgetary and administrative areas ensured that no meaningful efforts were possible.

For a forward movement in this regard we need to duly and urgently address much-needed reforms necessary in both intergovernmental decision-making processes as well as mandatory streamlining measures for the UN Secretariat.

The intergovernmental process of UN always reflects the positions and attitude of the governments in power towards the UN system as a whole in general and how they undertake their respective UN Charter obligations in particular.

One of those includes payment of all assessed UN contributions “on time, in full and without any condition”.

Since 1980s, another emerging political dimension of the liquidity crisis has been manifested in paying a big price by UN agreeing to the undue and unrelated conditions whenever the part(s) of withheld contributions were released by the Member State(s) concerned.

This has the debilitating effect of undermining the independent and universal mandate of UN. As in the past, this time the UN management is warning about possible cutting of programmes of work only.

That is supposed to be an area of concern for the Member States because those programmes were decided by them in the UN General Assembly by consensus – with the support of all 193 Members States.

Such cutback of programmes of work would particularly setback the UN activities in the most vulnerable countries, like the LDCs, LLDCs and SIDS, which are appropriately the main focus of UN’s support to these target nations.

In his letter to Member States on 28 January 2020, UN Secretary-General “drew attention to the risk of insufficient cash to implement the programme of work for 2020”.

He reiterated the same point in his recent-most letter of 1 April 2020 “to Member States to raise the alarm about the deteriorating liquidity situation and inform them that he is once again compelled to implement additional measures that may hinder mandate delivery”.

Also, it needs to be remembered that in facing the past financial crises as the one is being faced now, the regular staff salary has never been affected negatively.

In view of its mission and mandate, unlike the private sector, UN staff has not lost any part of their salary and other benefits, like medical insurance and pension contributions.

That means whether the programme of work and mandate delivery is negatively affected by the financial crisis, the staff salary and other entitlements would continue unaffected.

That point is underlined by the UN management in its internal advisory of 1 April conveying a series of measures to manage expenditures and liquidity “to ensure that all Secretariat operations in headquarters and the field can continue, that salaries and entitlements can be paid on time, and other financial obligations met without delays”.

If the liquidity crisis keeps on affecting the work of the UN and its mandate delivery, the UN staff as a privileged part of the humanity should join in making creative efforts placing interest of the world body ahead of their sacrifice.

One such measure could be for UN staff to allow UN to withhold 20% of their monthly salary to offset the impact of the current liquidity crisis in the coming months.

When the liquidity situation gets better, say in six months time, the 20% would be paid back. UN Secretary-General and his Senior Management Team should lead by example by announcing that they would so voluntarily.

It was so energizing to learn that on 14 April, New Zealand Prime Minister Jacinda Ardern, ministers in her government and public service chief executives agreed to take a 20% pay cut for the next six months amid the economic impact of the coronavirus pandemic.

The global pandemic, in addition to the health aspects of the virus, has financial, socio-economic and developmental consequences.

UN management mentioned on 1 April in its advisory that “although the immediate impact of the move to alternate working conditions in response to the COVID-19 outbreak will lead to reductions in travel, contractual services and general operating expenses across all budgets, we also anticipate new demands upon our operations and services as we respond to the global health crisis.”

UN Secretariat should brace itself to perform its global responsibilities in a high-spirited way and in an effective and efficient manner. No more business as usual.

The humanity is trying to cope with the threat and its multidimensional impact as best it can.

Why not a new UN should emerge out of the crisis inspired by the full and true internalization of its mission to transform our planet and its people to create a better world for all in a positive and meaningful way?