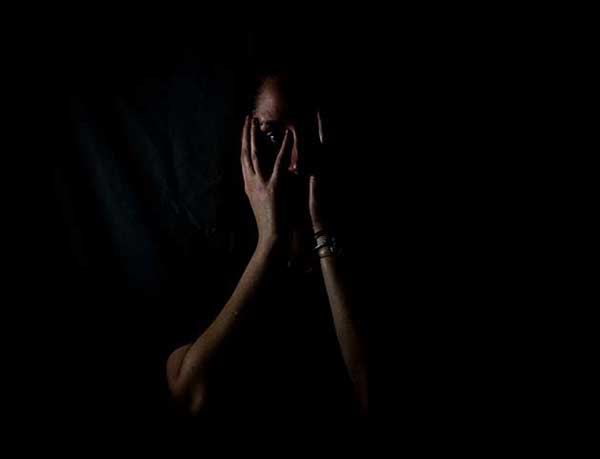 The COVID-19 response must address mental health alongside containment of the pandemic itself. Credit: Unsplash /Melanie Wasser.

Aug 5 2020 (IPS) - To fully realise the mental health crisis that India faces in relation to COVID-19, one has to begin with recognising the very serious situation that existed even before the pandemic.

The government’s National Mental Health Survey reported that about 10 percent of adults meet diagnostic criteria for a mental health condition (ranging from mood and anxiety disorders to severe mental illness). The Global Burden of Disease study estimated that nearly 200 million people in India have experienced a mental disorder, nearly half of whom suffer from depressive or anxiety disorders.

India accounts for more than a third of the female suicides globally, nearly a fourth of all male suicides, and suicide has been the leading cause of death in young Indians.

Nearly 200 million people in India have experienced a mental disorder, nearly half of whom suffer from depressive or anxiety disorders.

India accounts for more than a third of the female suicides globally, nearly a fourth of all male suicides, and suicide has been the leading cause of death in young Indians

Yet, the government has spent very little on mental healthcare (estimated at less than one percent of the health budget), and this expenditure has been almost entirely on doctors, drugs, and hospitals in urban areas.

There is little community-oriented mental healthcare anywhere in the country. Unsurprisingly, between 70 to 92 percent of affected individuals have received no care from any source, of any kind, for their mental health conditions.

One can consider the impact of the pandemic on mental health in two phases: The first is the acute phase, which coincided with the lockdown—the period when the pandemic surged through the country. The second phase will unfold in the months ahead, as the virus starts to get contained, but the economic fallout of the pandemic begins to bite deeper.

Right now, in the midst of the acute phase, people are terrified of the virus, of dying, or of loved ones contracting this disease. They are also scared of being quarantined, maintaining physical distancing, being isolated, and breaking the constantly changing rules.

For millions, these fears only add to the already daunting apprehensions about their livelihoods. These are not abstract anxieties; these are real, everyday worries.

If one considers all these factors, and adds to them the increase in domestic violence, the disruption of public transportation, the lack of access to routine health services, and the shortage of medical supplies, it seems almost normative that people are going to be very distressed during this period.

Indeed, there is already evidence in support of this distress. Internet-based surveys conducted between March-May 2020 show high rates of depression and anxiety in the general population.

For example, the ‘FEEL-COVID’ survey conducted in February-March 2020 with 1,106 people across 64 cities reported that a third of respondents faced significant ‘psychological impact’ because of COVID-19.

A number of other surveys indicate that such impact may be related to preoccupations with, or anxieties about contracting the virus, depression, sleeping difficulties, irritability, and loneliness.

The pandemic is affecting different groups in specific ways

It is important to note that the surveys conducted were not entirely representative, as they focused primarily on English-speaking, urban adults with access to the internet. Nevertheless, the prevalence of anxiety and depression reported are uniformly high—up to 20 percent higher than previously reported data.

Responding to the crisis

There has been a flourishing of initiatives to address this rising tide of mental health problems. Some of these include:

Looking ahead: Threats and opportunities

As we look ahead, beyond the acute phase of the pandemic, the world will need to address an economic recession far greater than anything we have encountered before.

A rise in mental health problems is expected as an impact of this economic recession, the widening of inequalities in countries, the isolating physical distancing policies, and continuing uncertainties about future waves of the pandemic.

However, there is a body of evidence generated by community-oriented practitioners in India that involve a range of innovative strategies to address the structural barriers to scaling up psychosocial therapies.

Notably, it was demonstrated that pared down ‘elements’ of complex psychological treatment packages can be just as effective as standardised treatment protocols, and that these can then be effectively delivered by non-specialist ‘therapists’ such as community health workers.

More recent innovations demonstrate the acceptability and effectiveness of digital training in the delivery of psychological treatments and of peer supervision for quality assurance.

These delivery models when combined and scaled up, can transform access to one of the most effective interventions in medicine. By working towards scaling up evidence-based psychological therapies, Empower, an initiative of Sangath, is trying to do just this.

But beyond specific programmes, there is an urgent need for a national, government response across relevant sectors.

For example, when looking at education, we need to consider how to address the mental health needs of children and young people (and their parents) while ensuring that their learning continues in the absence of schools being open.

We need strategies to proactively respond to risk factors that are associated with mental health that we know are on the rise; for example, domestic violence. We need to support community action, to build social cohesion and solidarity.

Lastly, given the impact of the media on people (for example, in one survey 44.7 percent of respondents reported that they ‘freak out’ because of social media posts), it’s important for us to remember that we need to be intentional and sensitive in how we communicate about the pandemic.

This is a timely moment for all who are concerned with mental health—from mental health professionals to civil society advocates—to unite behind with one message: The COVID-19 response must address mental health alongside containment of the pandemic itself.