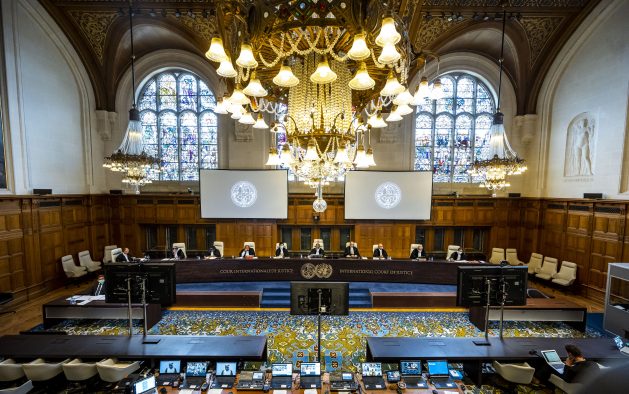 UNITED NATIONS, Sep 3 2020 (IPS) - Qatar officials reiterated their claim on Wednesday that the United Arab Emirates (UAE) be held responsible for their “discrimination” against Qatari citizens, as the third day of public hearings proceeded at the International Court of Justice (ICJ), the United Nation’s highest court. But foreign policy experts caution that the case is not good for stability in the Persian Gulf region.

The case, filed under the International Convention on the Elimination of All Forms of Racial Discrimination (CERD), deals with, among other things, the expulsion of Qatari citizens from the UAE because of their nationality.

“In 2017, the UAE began ‘unprecedented discriminatory measures’ that target Qatar based on their national origin,” Mohammed Abdulaziz Al-Khulaifi, legal advisor to Qatar’s Minister of Foreign Affairs and Dean of the College of Law at Qatar University, said at the hearing.

Qatar claims the discrimination began following a 2017 boycott by Saudi Arabia, Bahrain and Egypt. The countries had reportedly cut diplomatic ties with Qatar  because of its alleged support of terrorist groups.

“The UAE has engaged in the violations of the human rights of Qatari people,” Al-Khulaifi added later.

Michael Stephens, a scholar with the Foreign Policy Research Institute (FPRI), told IPS: “Whilst it was understandable Qatar and the UAE had some very big differences over regional politics, the way in which this has been handled has been highly damaging and has really not produced any of the sort of results that the UAE initially hoped for.”

He said that the dispute might be posing a challenge in the Persian Gulf region overall.

“It’s not good because they’re playing out their rivalries in weaker countries, like Libya and Somalia, and polarising politics in those areas,” he said. “I don’t think this is good for the stability of the Gulf.”

He added that this might further undermine the negotiations over the nuclear deal, and “has emboldened actors to play the Gulf states against one another, who are smart and “can take money from both sides”.

“In general, it has made the Gulf look divided and weak,” Stephens said.

Lubna Qassim Mohammed Yousuf Bastaki, one of the speakers for the UAE, said Qatar’s case, “masquerading” as  discrimination, “concerns UAE measures that were addressed to Qatari nationals on the sole basis of their nationality, as nationality was both the focus and the effect of the UAE measures”.

At the start of proceedings this week the UAE argued that the ICJ had no jurisdiction in the matter as the dispute was based on nationality and not race and thereby did not relate to the CERD.

Bastaki argued that Qatar was invited “based on our commonalities as one people” to join the new union of the Arab emirates. “The fact that we have a  common origin which traversed the new national boundaries was understood,” she said.

She also said under the UAE law, Qataris are among the few who have the ability to become UAE nationals easily.

“This well illustrates the artificiality of the supposed racial distinctions which Qatar is now seeking to conjure up,” she said.

Bastaki is not the only person to express her concern about the specific allegations of discrimination based on nationality.

“So, claiming ‘racism’ is a difficult one that would only be possible if you had a Qatari from an Iranian origin, or a different background,” he added.

Stephens said that the UAE has certainly at times acted discriminatingly towards those who showed support for Qatar, citing the arrest of a British fan who was supporting Qatar during a football match. Last January, Ali Issa Ahmad was held by UAE police for two weeks after he supported Qatar in a football tournament held in the UAE.

“But the Qatari football team was allowed to play in the tournament and actually won,” Stephens said. “So it’s not a complete shutdown.”

Stephens said he can’t gauge the outcome of the rulings; he said Qatar’s position appears to be “strengthening” with more international arbitrators getting involved.

Stephens said the UAE’s claims that they were acting against people who supported terrorism, is a “very, very difficult claim to make: how would they prove that? How would they show just a normal Qatari walking around in Dubai or Abu Dhabi was supporting terrorism, by virtue of the fact that they’re Qatari?”

The hearings will continue till Friday.